The Courier’s journey ends this September.

We’re excited to share that Lonesome Road, the fourth add-on pack for Fallout: New Vegas, will be available for download on Xbox LIVE, PlayStation Network and Steam on September 20th.

In Lonesome Road you are contacted by the original Courier Six, a man by the name of Ulysses who refused to deliver the Platinum Chip at the start of Fallout: New Vegas. Ulysses promises the answer as to why he didn’t take the job, but only if you make one last journey into the hurricane-swept canyons of the Divide, a landscape torn apart by earthquakes and violent storms. It’s up to you whether you take the job or not.

Gun Runners’ Arsenal (Xbox LIVE for 320 Microsoft points, PlayStation Network and Steam for $3.99) increases the range of unique weapons, weapon mods, ammo types and recipes waiting to be uncovered in the vast Mojave Wasteland. Check out a sampling in the screenshots below…

Old World Blues Behind The Scenes

As a bonus, we’ve got the first officially released screenshot for Honest Hearts. This DLC will be out on Xbox 360, PS3, and PC in two weeks (May 17th), and users should now be able to grab the proper game update to play the content.

Honest Hearts™, Old World Blues™ and Lonesome Road™ will further expand upon Fallout: New Vegas. Fallout: New Vegas takes all the action, humor and post-apocalyptic grime and grit of this legendary series, and raises the stakes.

Available on May 17, Honest Hearts takes you on an expedition to the unspoiled wilderness of Utah’s Zion National Park. Things go horribly wrong when your caravan is ambushed by a tribal raiding band. As you try to find a way back to the Mojave, you become embroiled in a war between tribes and a conflict between a New Canaanite missionary and the mysterious Burned Man. The decisions you make will determine the fate of Zion.

In Old World Blues, releasing in June, you will discover how some of the Mojave’s mutated monsters came to be when you unwittingly become a lab rat in a science experiment gone awry. You’ll need to scour the Pre-War research centers of the Big Empty in search of technology to turn the tables on your kidnappers or join forces with them against an even greater threat.

Lonesome Road, available in July, brings the courier’s story full circle when you are contacted by the original Courier Six, a man by the name of Ulysses who refused to deliver the Platinum Chip at the start of New Vegas. In his transmission, Ulysses promises the answer as to why, but only if you take one last job –a job that leads you into the depths of the hurricane-swept canyons of the Divide, a landscape torn apart by earthquakes and violent storms. The road to the Divide is a long and treacherous one, and of the few to ever walk the road, none have ever returned.

Life in the Vaults got you down? 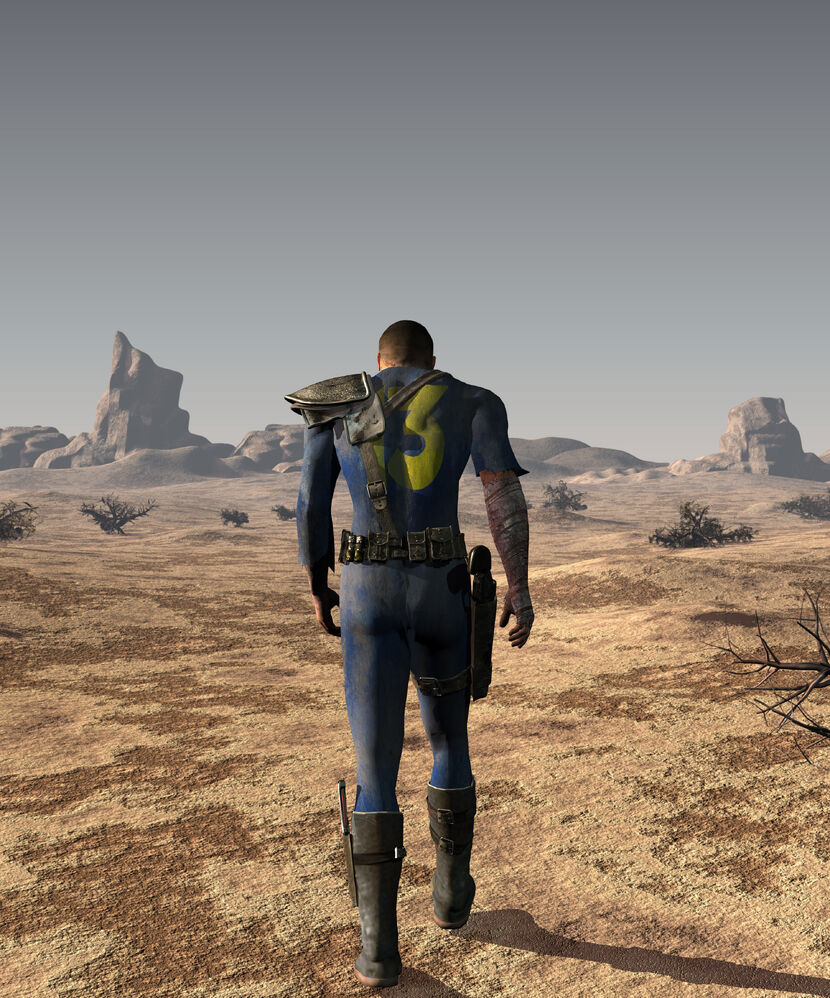 Perhaps you're tired of defending your Brahmin ranch from those angry Super Mutants? 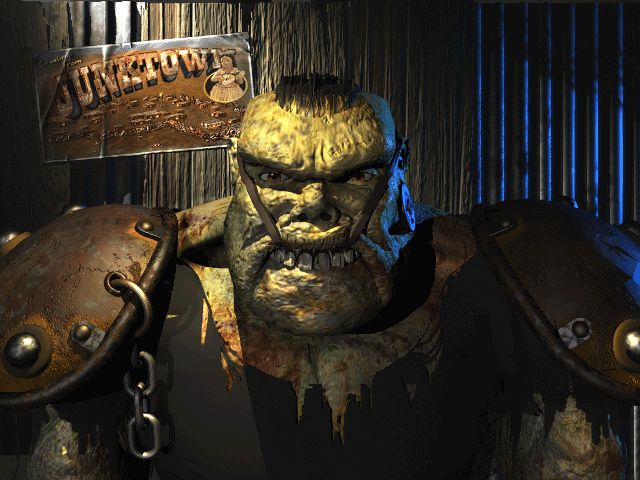 Maybe you need to hide from scary people in giant suits of armor? 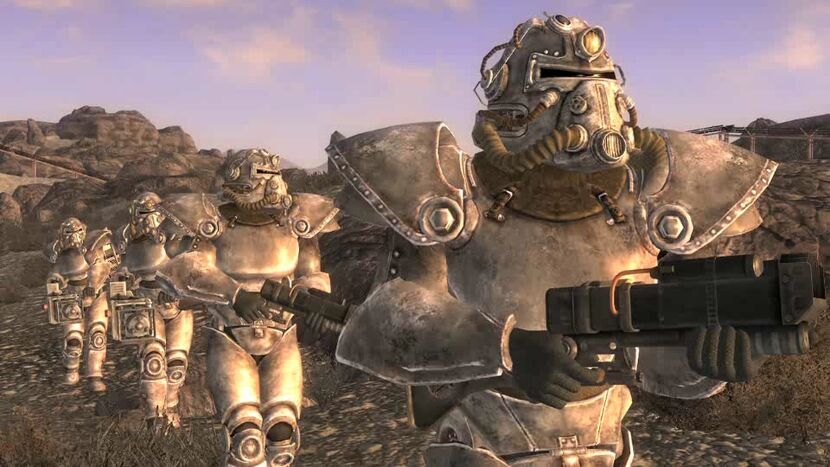 Whatever your troubles may be there is a place with the cure.

We got women, gambling, cannibalism and just about anything you can imagine.

As long as you can pay up in the end. Just watch out for the odd bullet to the head.

If you make it past security you just might find a new paradise on Earth.

In New Vegas that is.

Need help with nearly everything? Try the Wikia.

Lucent wrote: »
Key Features:
Take part in a suspenseful post-apocalyptic casino heist in which you’ll need to work with three companions, each of whom has their own motivation for helping you.

Navigate your way through a challenging new storyline, with even tougher choices.

New perks, achievements, and a raised level cap to 35!


Don't know if it has been mentioned yet, but the DLC has been announced with a release date.

“We’re pleased to give fans a chance to expand their experience in Fallout: New Vegas this December with Dead Money,” said Pete Hines, VP of PR and Marketing for Bethesda Softworks. “The release of Dead Money illustrates our commitment to creating entertaining add-on content for players to enjoy in already massive games like Fallout: New Vegas.”

As the victim of a raw deal you must work alongside three other captured wastelanders to recover the legendary treasure of the Sierra Madre Casino. In Dead Money, your life hangs in the balance as you face new terrain, foes, and choices. It is up to you how you play your cards in the quest to survive.

Fallout: New Vegas, the follow-up to Fallout 3 – the 2008 Game of the Year – brings this beloved franchise to a location only Fallout could do justice: Vegas. Fallout: New Vegas takes all the action, humor and post-apocalyptic grime and grit of this legendary series, and raises the stakes.

Reviews of Fallout: New Vegas have called the game as “an utterly essential purchase” (MSN UK) and as “addictively, rambunctiously fun” (Entertainment Weekly). The Associated Press awarded it a 4 out of 4 stars and said “Bottom Line: It’s a Blast”, while GameSpy gave it 4.5 out of 5 stars and called Fallout: New Vegas “one of the best games of the year.”

Published by Bethesda Softworks and developed at Obsidian Entertainment, Dead Money, has not yet been rated by the ESRB. It will be available for 800 Microsoft points.

To give you a sneak peek at the content, Senior Designer Chris Avellone answered a few of our questions about the heist-themed content.

Can you discuss the setting for Dead Money?
Dead Money is set in the Sierra Madre, an opulent and extravagant resort that was supposed to be the greatest casino in the west – except that it never opened. Bombs fell before the gala opening, and the Sierra Madre froze in time, its state of the art security system locking the place up tight. Nothing could get in, and none of the guests could escape. Years passed. The climate control and air conditioning system within the facility began to spit toxins into the surrounding city, causing a slow cloud and haze to form over the area - which proved lethal to anyone who tried to explore the city. Only a mysterious group called the Ghost People survived to call the city home, trapped inside what appeared to be hazmat suits and never speaking to their victims... only capturing them alive and dragging them away to the depths of the city deep within the Cloud.

And so the Sierra Madre faded from the history books, only occasionally being seen in posters across the wastes, until it took on mythic ghost story status... a supposed "City of Gold" in the Mojave Wasteland where all the treasures of the Old World were rumored to be held. It was kept alive as a late-night saloon story by prospectors who'd claimed to have found maps leading there... and were willing to part with the "map" for a few caps. Or a drink. Or a warm place to sleep.

How will the player reach this area?
The Sierra Madre is a mythical place in the wastes, with travelers all risking their lives to find it. Only one man truly "found" it - and lived. After the fall of HELIOS One, Father Elijah of the Brotherhood of Steel set out to find new weapons to eradicate NCR. And in the process he found the Sierra Madre. The Courier is lured to the Sierra Madre by a faint radio broadcast advertising the gala grand opening.

From a gameplay standpoint, Dead Money is accessed by loading a save file from any point in Fallout: New Vegas prior to the endgame sequence, in the same way as Operation Anchorage, Point Lookout, The Pitt or Mothership Zeta were triggered in Fallout 3.

Can you share details on some of the new creatures/enemies players will encounter?
This being an extension of Fallout: New Vegas, players will encounter several unique characters, each with their own motivations, all of whom will have to work together if any of them are going to survive. Aside from just struggling with their would-be companions, the courier will also have to deal with the mysterious Ghost People as well as the casino's substantial defense systems.


Mods and other shit:

FNV Mod Manager can be had here.

Pop these into your New Vegas folder for possible perfomance increases.

A couple radio mods can be found here and here.

Luck 38 and Vault 21 Map Markers can be gotten here. If you've already been to those places you'll have to rediscover them in order for the markers to appear.

Mouse cursor in menus a little too sensitive? Try this.

SiliconStew wrote:
Put these lines in the [controls] section of FalloutPrefs.ini

Fellout changes lighting and other stuff

The last four may not be compatible with one another. Check the descriptions out to see what's what.

Conelrad still impresses the hell out of me. I say it is worth checking out if you have a need for more music.

A mod that emulates the preorder bonuses in a legal manner.

Want to remake your character without starting a new game? Try this out.*this may not work if you don't have the caravan preorder bonus

A legal canteen that helps thirsty adventurers playing Hardcore. Get it here.

An auto saver. It saves your game every 10 minutes if it can.

Want to plan your character before you play and look at all the perks? Use this.

Want to hunt down the bobbleheads from FO3 again? This will allow you to do that. They don't boost your special, though. Instead they give you some minor perks that aren't OP.

Is Davison attacking you no matter what? Try this.

Pissed that certain Perks require both Melee and Unarmed? Try this out.

Use this mod if you want to continue playing after the ending. I don't use all of these mods so I can't guarantee their stability.

I'll working on updating the OP with some more mods and bug fixes asap.

DouglasDanger wrote:
We wanted to give you guys a heads-up regarding the latest progress on Fallout: New Vegas updates.

We’ve come up with solutions for the Xbox 360 save issue folks are reporting, along with a number of other issues being reported. We’re currently running final testing and certification on a comprehensive patch for all three platforms (PC, Xbox 360 and PlayStation 3), so we’ll have something available in the coming weeks. When we have more details, we’ll let you know.

In the meantime, an incremental update for PC should be going up by early next week that will fix the save corruption issues and problems with companions, as well as improve performance for NVIDIA users and resolve some issues reported with Havok.


If you want to run with a texture pack you can try this out.

Download what version of the texture pack you want.

Extract those files to a folder named data. It can be anywhere.

Extract the HD installer script where you want.

Open the HD installer script up in Notepad.

Look for these lines: It should automatically detect your NV install directory. If not make sure you put in the correct pathway like in the example at the top of the pic.

The last line will be for the texture pack location. Make sure the path is correct.

Say it was in c:\texturepack\data

Put that into the last line.

Then save your work.

Then run the script. If everything is correct it should be able to install properly. Watch the window and you will see it replacing the files that it discovers.


Follow the instructions and you should have no problem installing it. As well as removing it when a New Vegas specific one comes along.