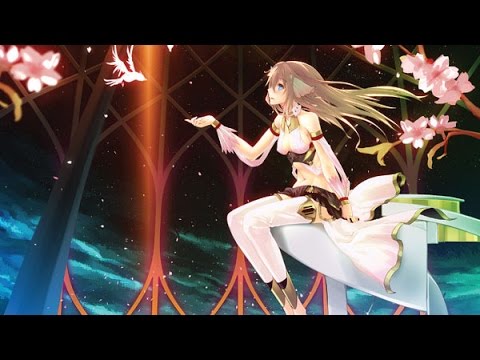 The themes of the game are "human bonds" and "the inner surface of the heart". On a fictional planet named Ra Ciela, humans and a spiritual lifeform known as Genoms previously co-existed, however after Ra Ciela was destroyed in a failed ceremony that sought to convert it into energy for long-distance interstellar travel, humans began to travel in search of other planets to inhabit using special spaceships. Following contact with a hostile life-form known as the Sharl, the people of Orei were abducted; humankind was technologically incapable of fighting against the Sharl, who utilize a power known as "song magic". Thousands of years later, the Felion Wall opens, and from inside emerge the Ancients, people with the ability to use the same song magic powers.

Hidden in case you want zero information about it until you play.
The story of the game is told through the viewpoints of two character pairs: Cas & Delta, and Earthes & Ion. Initially, Cas and Delta are tasked to find out a song called Ciel N Protecta that their friend Sarly developed, but it was stolen and it supposedly has begun causing the machines in Felion to go haywire. During their searches for it, they are captured by the Genomirai Church led by Zir, and as they try to escape from them, they discover Zir is planning to set up and sing a very dangerous kind of Song Magic. On the other hand, Ion is trapped in the sealed world through which the player interacted with her in Ciel nosurge, and having Earthes as her helper, she decides to escape from it. After escaping from the sealed world, they both reach the city of Tenryosara, where they meet with Tattoria and Kanon. And from there, both pairs continue their journey in search of the truth about this world. 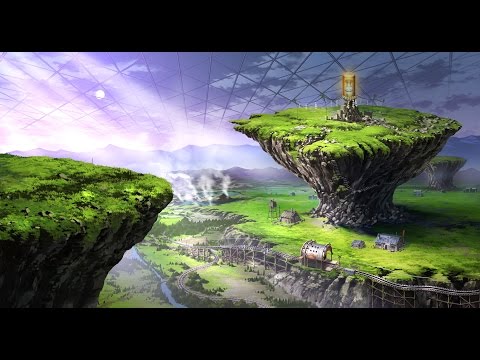 In the fields, the players can explore the areas and collect items in a way akin to that of Gust's Atelier series, as well as talking with other characters, interacting with some elements of the scenery and activating events. They can also talk with the other characters that form their party in order to get their viewpoints on the current area or the objective they have to accomplish.

If there is more than one character accompanying the main party, they can be switched for conversation with the L1 and R1 buttons, and the conversation scrolled by pressing the Square button. The player will have a bar that constantly changes colors, alerting them to the possibility of entering a battle the closer it gets to a red color and the faster it flashes. The bar will have at its side the number of enemy waves that can be encountered in that area. 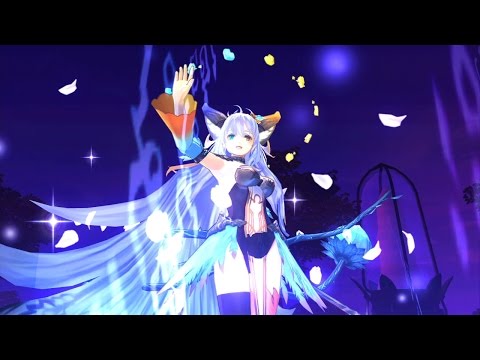 As the player is given control over two pairs of characters: Delta & Casty, and Earthes and Ion, the player is given the ability of changing which party they are in control at any point in the game after a certain point in Phase 1, which is done by examining a Save Point and selecting the Zapping option. However, there are certain points in which the Zapping is forced by story reasons.

Additionally, if the player advances too much with one of the two parties, at a point they won't be able to proceed any further with the storyline despite being free to do anything else they want. They will be notified of this by either a large 'Episode Reached!' or 'Episode Locked!' notice displayed at the top of the screen, and the Episode Online mark on the main menu will be replaced by either of these notices, depending on which one appears on the screen. When this happens, they will have to Zap to the other party and proceed further in their side of the story in order to continue advancing in the game. 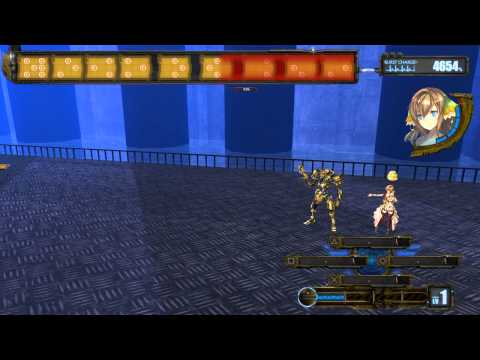 Turns are divided in Player's Turn and Enemy's Turn, of which the Player's Turn is used for the protagonist to attack the enemies a set number of times while the heroine charges up her Song Magic. For attacking, the player can use four attacks that are mapped to the four face buttons in the PlayStation 3's controller, as well as also being able to bring up a menu by pressing Start where they can use items, activate Friend Skills, run away from the battle or activate the Heroine's Song Magic whenever they wish to.

The better the player battles, the faster their Harmo Level will rise, which in turn will speed up the Burst Gauge, which is the representation of the strength for the heroine's Song Magic. However, received attacks as well as the usage of the bonus actions triggered with the L1 and R1 buttons can reduce the Harmo Level, so the player must be careful. Additionally, the heroine may use weaker Song Magic blasts of variable intensity against the enemies to support the protagonist during the Player's Turn, which also depend on how high the player has the Harmo Level and the type of Song Magic she is charging.

Once the player has used up all the attacks the protagonist can use during that turn, the battle will move over to the Enemy's Turn, during which the player will have to watch for the timing of the enemies' attacks and press the Circle button in order to block them and protect the heroine. Successful guards reduce damage taken and increase the Burst Gauge, while failed guards result in a loss of Burst and greater damage to the Heroine. The number of times the player can guard during the enemy's turn is limited, so they should be wise about which attacks to block during boss battles, as many bosses summon minions that don't deal much damage while the boss itself can easily defeat the pair if their attacks aren't blocked.

It must be mentioned that the protagonist can't die, as he doesn't even have an HP bar, but the heroine does have an HP bar at the side of her portrait, which is segmented into four parts. Each of these four parts corresponds to a Barrier, and if her HP falls below the threshold for a specific part, the Barrier corresponding to it will get destroyed and it won't be possible to heal her HP beyond that point unless an item with the Barrier Repair property is used. If all of the four Barriers are destroyed, the Heroine will fall and the game will count it as a defeat, giving a Game Over to the player.

Battles have a time limit, as if they aren't finished in a certain number of turns, the game will consider the battle as finished and send the player to the results screen, where they will receive experience, Dive Points, money and dropped items depending on the types and number of enemies defeated. After this, they will be taken back to the field and the encounter gauge will be reduced depending on the number of encounters for the area and the number of waves the player managed to defeat.

However, if the player manages to defeat all the waves before the turn limit expires, the encounter gauge will be emptied upon returning to the field, allowing the player to explore the field without worrying about enemies. This gives more importance to Song Magic due to the fact that once it has reached a certain Burst threshold, it can deal damage to all of the enemy waves currently present in battle at once, allowing the player to clear the area of enemies with a single attack. This is denoted in the wave indicator at the top of the screen by marking in red the waves that the currently charged Burst level can destroy at the moment. Additionally, the player can gain additional turns by attacking the enemies marked with a Break mark enough to fill a yellow bar below their HP, which when it gets filled, it will Break that enemy and leave it stunned; as well as killing enemies that don't have the previously mentioned mark. Additionally, event and boss battles are exempt from the turn limit, so the player doesn't have to worry about it for particularly hard battles.

The player can also call upon the characters that have established a friendship with the party in order to attack the enemies or provide support to the pair after certain conditions are met. However, only one of these skills can be used per battle. 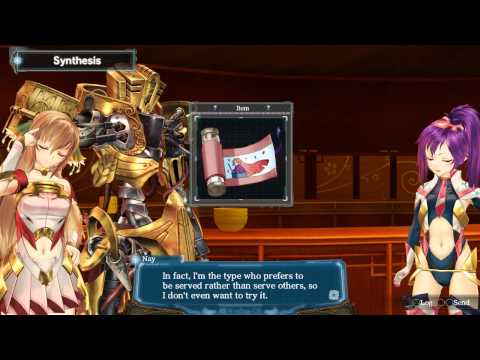 At shops, the player has the option of using the items and recipes they have collected to make newer items, always with the assistance of the shopkeeper of the place they are at. Aside of this allowing the player to gain items they wouldn't be able to in any other way, this also triggers scenes in which the characters involved in the creation of the item discuss it and give it a name the first time a specific item is made, as well as also having humorous sequences of dancing and singing at the end of the synthesis process. It's in this way that the items for strengthening specific parts of equipment of the party can be made: TxBIOS increase the power of Song Magic, Cathodes increase the power of weapons, and RNAs increase the power of armors. 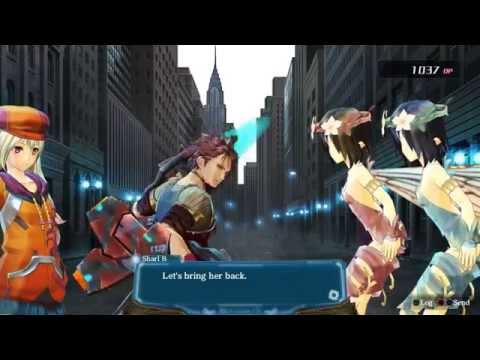 Carrying over the Dive system from the Ar tonelico series, the player can also Dive into the Soulspace (mental world) of the characters, which receives the name Genometrics here, and have adventures through them. During this time, the gameplay changes to be more like that of a visual novel, where the player only has to read through the events taking place, move the protagonist through the Genometrics map and take decisions when prompted. Entering each point in the map requires the player to spend a set amount of the DP they have gained from battles, as well as taking some of the decisions in the events, so if the player doesn't have enough DP, they will fail to complete the events and get expelled from the Genometrics they are exploring. Unlike the Ar tonelico series, however, this isn't limited to the heroines: the player can instead Dive into the Genometrics of several of the characters they meet, and the decisions taken in each individual Genometrics will have some impact in the other, by changing the friendly disposition of these characters towards the current party as well as their introverted, extroverted, masochistic and sadistic tendencies. This is also the only way in which the Heroines can gain new Song Magic for use in battle. 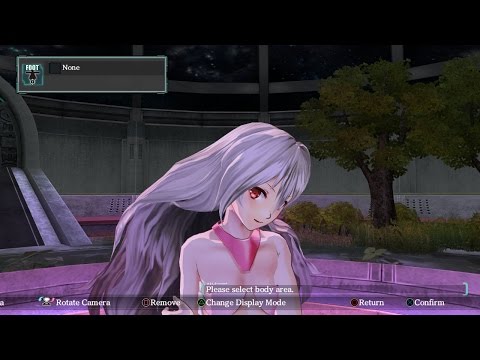 This gameplay element consists of the heroines and the protagonists taking a bath in a hot spring together. During this, they will change from their normal clothes to swimsuits and have conversations to know each other more in-deeply. Additionally, during the Purification, the player can Install Genometrica Crystals they have received from Dives to increase the abilities of the party. It's possible to Install them into anyone of the playable party members (Earthes, Ion, Cas and Delta), and while there are five possible spots where the crystals can be Installed (legs, abdomen, chest, arms and head), not all of these will be available from the beginning: the player will be allowed to Install on them when both the protagonist and the heroine have gotten a deep enough relationship.

The game will be out September 23rd in the US and September 26th in Europe.