[Paladins] - More than Overwatch on a budget, but a fun game in itself!

Paladins
https://www.paladins.com
Also available on Steam: http://store.steampowered.com/app/444090/
Free-to-Play, in Open Beta - $20 to unlock all present, past and future characters.

Paladins is a 5v5 competitive Objective-based FPS developed by Hi-Rez Studio, makers of SMITE (The third-person God MOBA) and Tribes: Ascend (The skiing and grenades competitive arena FPS). Let's get this out of the way: Paladins: Champions of the Realm is not an FPS MOBA. it has MOBA elements, but it's not a MOBA. It sits in the spectrum between Overwatch (Very class-based FPS with tiny moba elements) and Battleborn (FPS MOBA). It's rooted in a colorful Sci-Fantasy universe that blends magic and technology (Maybe it's all technology and it's in the very far future, whoa!), Each of the Champions has a unique weapon and skillset, including an Ultimate ability. Also, to add a layer of depth, each character has 16 cards they can use in battle. Cards are all passive buffs that actually change how your champion will play. Each loadout consists of 5 different cards at different levels of power. 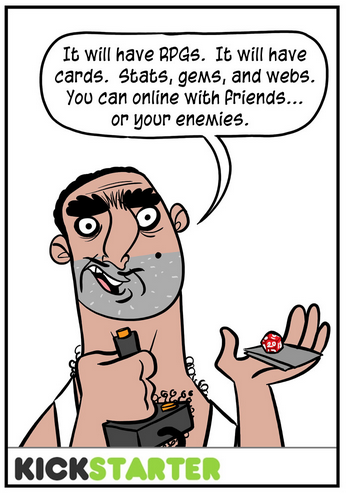 Basically the Fungineer character. He's a tanky dwarf who places turrets, among other things. He can place up to two turrets that deploy rapidly and don't deal that much damage. However, enemies hit by turrets will be marked and when you shoot them (and only you), It'll consume the mark for extra damage.

Basically the Tanky tank that tanks tankily character. He's a suave spaniard with a flamethrower. He can charge, he can shoot a long-range fireball and he can make the entire team unkillable for a short while with his Ult. His most useful ability, however, is to deploy a shield in front of him and move with it.

Basically the minigun mech character. He's a literal gremlin piloting a mech. He's got miniguns, he can shield himself and allies and jet forward. His ult is more dakka!

Basically the Super Tanky brawler character. He's a turtle that has a high damage cannon and a hook ability. Also he can create a shield around himself and spin about to knock people around. His ultimate makes him swing his anchor and get super tanky.

Basically the limber, agile archer character. She has a bow and can use knockback arrows, shoot explosives, has a dodge roll and can reveal the enemy team with her ult.!

Basically the Sniper character. She's got a big gun, she can charge up shots, place up to two mines that slow down enemies and teleport away. Her ult allows her to deal extra damage with upper body hits and to shoot without using ammo.

Basically the rocket spam character. He can fly, he can hover, he shoots rockets and he can stuff all his rockets to fire them in a single burst. Also, he can shoot an orb that, when he shoots, will cause a huge explosion. His ult allows him to instakill one enemy if he can punch them.

Basically the Demoman character. He shoots sticky bombs, can place down remote bombs, throw a giant stunning bomb and turn into a bomb himself.

Basically the CoD-y soldier man. He has an assault rifle that he can aim down the sights of, he can throw grenades, and sprint. His ult allows him to call down artillery on areas. very dangerous.

Basically.... a unique character, actually. A composite of a grenadier and a healer! He shoots explosive bottles, he can shoot more explosive ones OR healing ones when off cooldown. Also, he can activate an ability to jump higher. His ult is to turn enemies in an area into harmless chickens temporarily.

Basically the shaman ghostbuster ghostman character. His staff shoots lighting, he can shoot a bouncing electric ball, place down healing totems and turn into an invincible ghost shortly. His ult summons a storm around himself that damages enemies and heals allies.

Basically the Groot Character. He throws axes, can cripple enemies with a thrown axe, heals allies passively and can use a grappling vine to move quickly. His ult is a massive AOE Heal aura.

Basically the Mysterious enchantress character. She fires continuous beams from her mirror and can create illusions around her. Illusions heal allies and can be turned into ambulatory homing bombs. Also, Ying can swap places with illusions. Her ult heals all allies with prisms that stick around until broken.

Basically the Femme Fatale Assassin character. She has a wrist crossbow that can shoot regular or poisoned bolts. She can become invisible and deploy smoke screens. Her ult is a sticky time bomb that has the added effect of instantly destroying shields.

Basically the Witch character. Evie has an ice staff that shoots exploding blasts of cold. She can become briefly invincible and rooted, with the added effect of slowing and marking enemies around her. Marked enemies take more damage from her normal attacks. She can blink, fly and her ult is a massive snow storm.

Basically the shotgun-toting monk character. He has a shotgun, can shoot a net, self-heal and jump. His ult resets his cooldowns and makes him deal double damage.

Basically the Grimdark evil cowboy character. Androxus has a revolver that deals high damage. He can shot 3 quick shots, doing extra damage if they all hit, dash and absorb all shots from the front before converting that damage into a projectile. His ult makes him fly around and allows him to shoot 4 explosive rounds.

Game Modes
There are two different game modes available: Siege (which is what you'll play until you hit level 5) and Payload.

Payload: One team attacks, one team defends, then the teams switch. Attacking team has to push a payload from their base as far and as fast as possible towards the enemy base. After the timer rings or the payload reaches its destination, teams have their items reset and switch sides. Then, they have to either bring the payload further OR bring it to the end faster than the opposing team did.

The Card System
The hook to Paladins is the card system.
Every character has a set of 16 cards. by default, players own 5 basic cards for each champion, but chests allow you to get more cards. 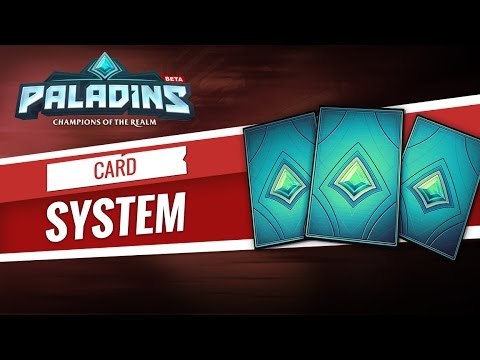 Important note: the Card system has been overhauled since. Now cards no longer have rarity. All cards are equally common and can be powered up as if you had the rarer versions.