WHAT IS IT?
Dragon Up is a free mobile iOS game where you send beautiful hand-animated dragons on trips to juggle gnomes, barf treasure, and poop gold. Dragon Up features playful animation drawn by veteran animators whose previous works include My Little Pony: Friendship is Magic and Atomic Betty. I personally think the art style is very reminiscent of those Saturday morning cartoons we watched as kids (Foster's Home for Imaginary Friends anyone?).

Features:
★ Play with dozens of unique dragons like the Hippy and Pug Dragons!
★ Collect gold and food from villagers to grow your Dragon Roost!
★ Over 200 magical treasures to collect and craft!
★ Equip dragons with their favorite treasures for bigger and better rewards!
★ Discover what lies behind the Forbidden Door of Mystery! Sinister Evil? Untold Riches? Each Dragon hatched brings you closer to finding out!

Rather than give you guys a big marketing pitch, here's a quote from Kotaku's review:

Dragon Up sets itself apart from the dozens of other dragon breeding games on iOS with its Cartoon Network style, its silly sensibilities and the fact that, as stated previously, it's not really a dragon breeding game. It's a dragon vomit harvesting game, and that makes all the difference.

Dragon Up is designed for iPhone and iPod Touch devices running iOS 4.3+. It can run on iPad devices but the resolution does not scale. Also on the first gen you may experience crashes. 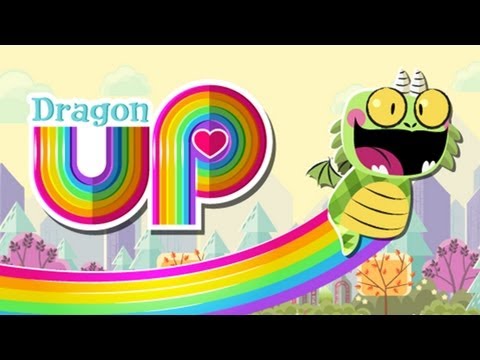 WHO MADE IT?
The Canadian indie studio East Side Games. We started about a year ago and Dragon Up is our first real big mobile title. We're also famous for a Facebook game called Pot Farm. We're fiercly independent and support indie gaming.


SUPPORT
Got questions? Contact us using the support link below!
http://eastsidegamestudio.com/dragonup/support/