Play the alpha version at: www.blankmediagames.com/townofsalem

Town of Salem is a fresh innovation on the classic party games Mafia and Werewolf. It is a game of murder, accusations, deceit and mob hysteria. Town of Salem takes place in the era of the Salem witch trials in an alternate universe version of Salem, MA. 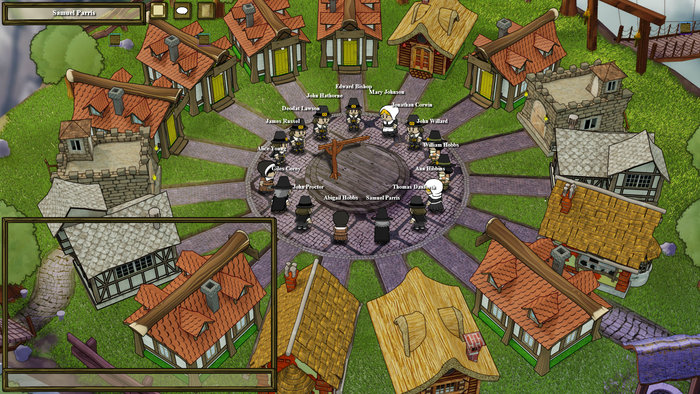 The game ranges from 7 to 15 players. These players are randomly divided into alignments - Town, Mafia, Serial Killers, Arsonists and Neutrals. If you are a Town member (the good guys) you must track down the Mafia and other villains before they kill you. The catch? You don't know who is a Town member and who is a villain. If you are an evil role, such as a Serial Killer, you secretly murder town members in the veil of night and try to avoid getting caught. 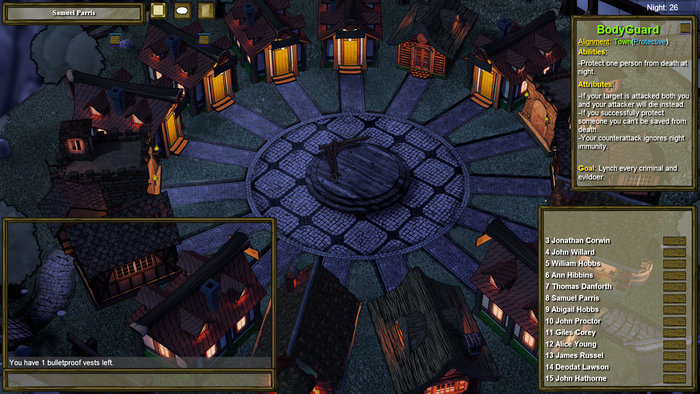 Town of Salem has 29 unique roles ensuring a different experience each time you play. Before a game starts, players are put into a lobby where the host can select what roles will be in the game. Players are then assigned roles at random from the list of chosen roles. Players have an in-game role card that explains their role's abilities and alignments.

For an in-depth look at the abilities of each role please visit:www.blankmediagames.com/roles

The night phase is when most roles use their abilities. For example, Serial Killers stealthily murder people, Doctors heal people who are attacked, and Sheriffsinterrogate people for suspicious activity.

The day phase allows the Town members to discuss who they suspect of being an evil role. Once the voting phase starts a majority vote from the town will put someone on trial. 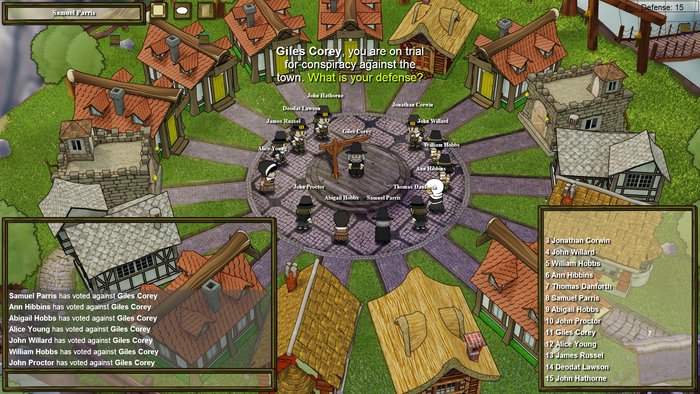 The defense phase is when you plead your innocence to the town. Have a convincing story or find yourself facing the gallows!

During this phase the town will vote on the fate of the defendant. Players can vote guilty, innocent or abstain. If there are more guilty votes than innocent votes the defendant is sentenced to death by hanging!

https://www.youtube.com/watch?feature=player_embedded&v=76bNtkFLzgs
Influenced By The Community

We want the game to be influenced by the community. There will be forums to allow users to suggest anything they would like to see added to the game. This can mean new roles, characters, houses, maps or features. These suggestions will then be put up to a community vote. If the vote is successful the suggestion will be added to the game! 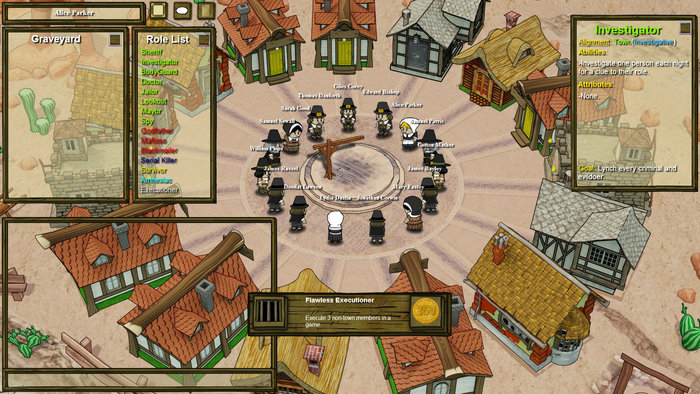 We have an achievement system! There are currently over 300 unique achievements in the game. Earning achievements will grant special tags that will be displayed above you character (however the tags for rewards are exclusive to Kickstarter).

The Last Will allows players to leave a message that will be displayed upon their death. This is your last chance to leave valuable information to the town in case you die! 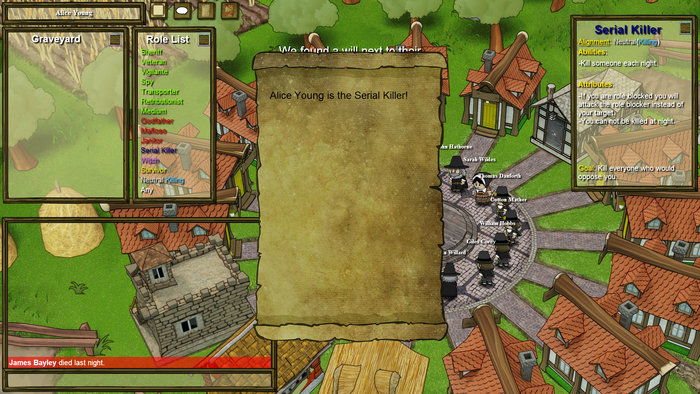 Roles that can kill people can leave a Death Note. This note will be displayed anonymously to the town when you kill someone. Use it to throw the Town off your tracks by framing someone else or just use it to taunt the Town! 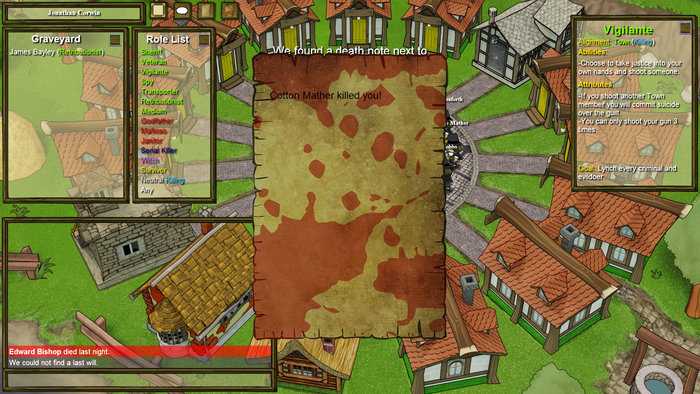 How Much Does It Cost?

Free! Town of Salem is a free to play game.

We are a small team of game enthusiasts that consists of one programmer, two artists (one focusing on UI and characters, the other on backgrounds and houses) and one sound designer. We are spread across the globe but united by our passion for gaming. We want to bring the fun of playing party games like Mafia and Werewolf into a video game that can be played with friends online. Sometimes it isn't easy to get 15 people to meet at your house for a game!

We have spent the last year creating Town of Salem out of our own pockets and unfortunately we can't keep working for free forever. We have more features in progress that we feel are core to enhancing the game play experience of Town of Salem. These features consist of:

-Playing With Friends - Town of Salem is a social game and we want users to be able to play with their friends. We are developing a system for inviting friends into your game and creating private games that only your friends can join.

-Items That Let You Play Your Favorite Role - With 29 unique roles in the game there will be some roles you love playing but it could be hard to get that role from a random allocation. We want to have items that will increase your chance to be certain roles (25%, 50%, 75% increased chance). The item you get as a donation reward will be the best version of these items.

-Tutorial System - The game can be confusing to new users who aren't familiar with the game genre. We would like to have a tutorial system that detects new users and displays useful tips as they play the game.

-More Maps, Characters, Houses, and Roles - There are many more map designs, houses, characters and roles we want to add to the game!

Town of Salem is currently in Alpha testing (www.blankmediagames.com/townofsalem)

We hope that you enjoy games of this genre as much as we do and that you will help us finish this project we have worked so passionately on for the last year.