There are many Fantasies; but this, like the last, was Final [FFXI]

Seething with ragefrom a handbasket.Registered User, ClubPA regular
May 2010 edited March 2013 in MMO Extravaganza
Last update: 31Dec11
FINAL FANTASY XI: ONLINE
ITT we laugh, we cry, and we sit around with our party flag up.

Final Fantasy XI is Square's entry in the MMO market and if you've got a PS2/3, Xbox 360, or a half-decent PC then you too can play, because it's totally cross-platform with international servers 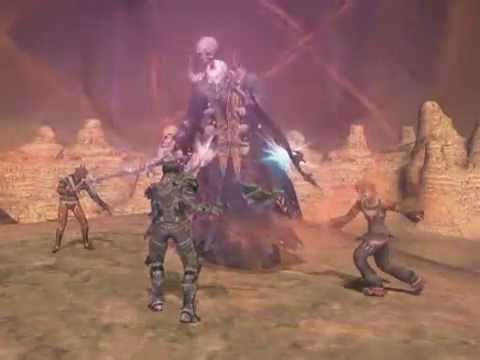 The June version update is here, marking the arrival of "Vision of Abyssea", the first in the Abyssea series of battle add-ons set to offer epic new challenges to adventurers who would take up arms under the sunless skies of this forbidding realm.

But that's not all! This update will feature the long-awaited lifting of the level cap, accompanied by a host of new weapon skills and job abilities. Adventurers can also venture into the newly unlocked Walk of Echoes and experience the climactic conclusions of the Wings of the Goddess nation quests. There's bound to be something for everyone!

Players are also encouraged to revisit the Vision of Abyssea site, where the latest information on the formidable set of arms known as "Empyrean Weapons" has been revealed.

Full details on the version update may be found here.

Not sure if FFXI is for you? Then you should check out the 14-day free trial! It's free (as cleverly indicated in the previous sentence) and doesn't even require a credit card to play.

What makes this game different?
Screenshots from Grinnin Haiku Attachment
I wish I were a real girl.
Sad automaton.

The simple answer is "Yes and no," but it is a bit more complicated than that.

As a brand new character, fresh out of the shrink-wrap, you will be soloing until you get a job to level 10 at the minimum; sometimes upwards of level 15. From that point on, it is in your best interests to find parties, or at least one or two other people to group with, for two reasons:

The monsters get a lot tougher. The power curve goes from a gentle wading pool to an olympic swimming pool to a raging river rapids.

All higher end reward content (the stuff that gets you the cool swag) needs parties in sets of three, (usually) six, and sometimes 18. How to behave in a party is a skill set that you need to cultivate: Without it you miss the whole game.

Once you have some job levels under your belt, and some other resources, you may pursue a job combination that allows you to solo at higher levels. Be advised though, that these jobs are often lonely things, and expensive to boot: Making aquantinces and sharing risks is and always has been the fastest way to advance in the game, in the long run.


How do you work this crazy thing?
Here is the lowdown on the controls:

First put the mouse away from you. Don't touch it while in game.

Red is main menu. It has lots of option on two pages. It is pretty much everything you can do, so in combat it isn't particularly useful. If you have something targeted, hitting the enter key will bring up a context menu on the lower left. Navigate menus by using the arrow keys with your thumb.

If you are running forward, 7 is auto run. If you find yourself stuck walking slowly, you accidentally hit the / key, and hitting it again will allow you to run again. The * key on the numpad will let you heal. This will restore lost HP and MP.

Tab and escape for targeting. F1 through F6 will target yourself and members of your party. This is handy for mages.

Alt +1 through 0 and Ctrl +1 through 0 will allow you to use macros you have previously set up. There are a few default macros when you create a character, but those are useful pretty much only to show you how macros are set up. Delete them all and make your own by going to macros on page 2 of the main menu in the upper right of your screen by hitting '-' on the numpad, then the left or right arrow key once and the down arrow key to get to macros.

You have 20 books of macros to play with. Each book has 10 pages, with 20 macros on each page and six lines on each macro.

Which server should I join?
Carbuncle seems to be the server of choice for PA people so maybe consider going there! Or somewhere else! Anarchy!

Here's a list of who's on or has been on what server, though I don't know how accurate it is!
(Server)
(PA forum name) - (FFXI character name)

PM for additions or changes


Newbie FAQ that I'm totally copy/pasting from the old thread because I'm too lazy to write a new one
You've installed the game. You plugged in your keyboard. Now what?
I. New Player Guides
II. Resource Links
III. Consoles
IV. PC and third party addons
If you have installed the game on PC and are playing it for the first time, make sure you run the config utility out of your start menu before playing the game. The game will be an ugly mess if you don't. If it is not in your start menu it can be found by going to your ffxi installation and then going to "...\SquareEnix\FINAL FANTASY XI\ToolsUS\FINAL FANTASY XI Config.exe"

I. New Player Guides
SE's New Player Guide
These video's are hosted on the main FFXI site.
They contain easy to understand instructions for all platforms.
Watch all videos, click each section on the left column.

LBR's Gigantious Beginners Guide to Vana'diel
So this is a FFXI podcast, I'll admit the hosts are kind of annoying.
This super long podcast though has a lot of useful information to a new player.
Skim through it sometime while soloing out those first levels.


II. Resource Links
These sites will help. Go here first if you have a question, a lot of basic (and advanced) info is out there for the taking, just look for it. Of course, ask away in this thread if you can't find an answer from these links.
Links by Grinnin!

FFXI Auction House Database
An online AH that lets you check prices and trends from any AH on any server from your browser.

FFXI Wikia
FFXI's Wiki. Just about everything you could possibly look up is in this Wiki.


BG FFXI Wiki
Another FFXI Wiki just in case the other one doesn't have what you're looking for.

Vana'diel Atlas
A site with all the maps and related information in the game. Useful if you're ever lost, or wondering what kind of treasure you can find in a zone.

Vana'diel Bestiary
Excellent source for finding out what monsters exist where; also a handy tool for deciding where to take your party to XP.


III. Consoles
Playstation 2
Must have a fatty PS2
Need a HDD
Must have Network Adapter
USB keyboard
Playstation 3
BC confirmed for consoles that allow it
Xbox 360
Must have HDD
POL and FFXI take up about 7.5 gigs
USB keyboard
Messenger Kit mini keyboard doesn't function correctly. "/" doesnt work.
Free Silver membership required (no need for gold)

IV. PC and third party addons
Controller Issues
Most PC users prefer to plugin a USB controller and play mostly with that, although many players go without it. See which you are most comfortable with.

If you do use a controller, there are a few problems you may run into.
The Microsoft Xbox 360/Windows controller will have some issues. The MS drivers won't let the triggers work, which you need badly for macroes, trust me.

Xbox 360 Fan Drivers
These fan made drivers let you use the 360 controller correctly with the game.
They also allow you to use budget third party controllers too. Such as, mad catz, pelican, and so on.
MUST BE THE WIRED CONTROLLER, the wireless adapter WILL NOT work with this fan driver, thus making the wireless controller useless for FFXI.
VISTA USERS: Pay close attention to the direction on your install, it is a bit trickier.


Windower - Shhhhhhh
The first rule of windower is you do not speak about windower (in game, ever, I am serious). SE sees all third party software as potential hacks and if they can prove you use it, they will ban you.
Windower is essentially some plugins that provide a multitude of options outside of the default game. You can view other party members TP, distance from enemy, cooldown counters, and way more.
It can also increase the graphics for the game by tweaking the registry (which you can do by yourself at your own risk), so the game appears sharp.

How do you know it's safe to use?
There is no way that SE can detect you using the program, SE has never detected anyone and just banned them for using the program. Now if you run around Sandoria shouting I USE WINDOWER, I don't think I can guarantee your accounts safety.
Even if you discuss it in a party nobody will probably respond, so you are better off just not mentioning it in game, at all, ever. EVER.

How do I use it?
Download the program first. Unzip it to a more permanent location.
Open up "Launcher_GUI"
Click the Advanced box. Set the Overlay Resolution to whatever resolution you want FFXI running at (desktop resolution).
Under: Registery > Background, is where you can change the texture sharpness. Make sure they both match. If X is greater than your background resolution it will create an in game AA effect. Nifty, AND HOW!
Now launch FFXI from this launcher from now on.

I also recommend the DrawDistance plugin to cut down on the fog in game and the infobar plugin to show you enemy details.

Higher Resolution Sprites - UI icon's
Brandson first made some higher res sprites for the game and Emiko has recently taken up where he left off. These icons IMO are clearer than the FFXI default icons and much more clean looking. There is also a widescreen version so no more icon stretching.

In game map replacements
Another old project of Brandson continued by Emiko. Replaces in game maps with more detailed variants that include path information, NM spawns and more.

ApRadar - The third party minimap!
If I could marry a plugin it would be this one. Simply unzip and open when you have FFXI running. It will display a minimap of your current location. Also displays maps regardless if you own them or not, so useful.

I made a series of youtube vids back in the day showing what some different areas in the game look like. Give them a watch if you like:

And now, here is Kingshand talking about helpful websites:
So, I was going through my bookmarks to cleanup my bookmark bar and thought I'd share some of the more useful FFXI links I use quite a lot while playing:

FFXI Timer This thing I leave up constantly while I'm playing. It uses your system time settings and displays the upcoming moon phases, element for the day and upcoming days, and what real time they'll be;<<<Snip>>>

FFXI AH Exactly what it says. Infinitely more useful now with linked AH's, but it's always been a major tool. <<<Snip>>>

FFXIclopedia FFXI Wiki. Pretty self explanatory. Virtually anything you might want to know can be found here.<<<Snip>>>

MithraPride Chocobo Race Schedule If you're looking for a certain item (usually the xp pages) from the chocobo "races" you sometimes see when going to a chocobo stable in town (the NPC will ask you for a favor, etc), this site will tell you when you can find said race to get what reward and what the required time is.<<<Snip>>>

FFXI Atlas Exactly what the name implies. Maps. And with a lot more detail than the in-game maps. You can turn on/off a lot of the options to see what you need to see.