Final Fantasy 14: Where crafting is half the battle! [FFXIV crafting] 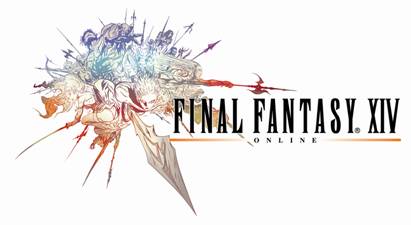 
This is the crafting thread!

We will be concentrating talk about the following jobs in this thread:


Disciples of the Hand
Crafters drive the manufacturing and production side of Eorzea. By equipping various tools, one can enter a number of trades. So far, only two have been revealed, but it is expected they will include many more. Final Fantasy XI, for example, allowed players to practice woodworking, blacksmithing, goldsmithing, clothcrafting, leathercrafting, boneworking, alchemy and cooking.


Alchemist
Masters of Science and Nature, the devilish and the divine, alchemists ensure their livelihood through the transmogrification of mundane materials into wondrous wares--from curative concoctions to potent potables. Upon conducting their symphonies of commixing and combining, distilling and decocting, the impossible waxes possible, and miracles are born.

The Eorzean school only recently came to be recognized in scientific circles as a valid branch of alchemical orthodoxy. It is based on fundamental principles originating in the Near East tradition, but draws heavily upon esoteric elements of both Lalafellin herbalism and Miqo'te occultism as well.

Blacksmith
Oft covered from head to toe in soot and sweat, blacksmiths forge their livings from red-hot steel, ever coaxing the unyielding metal into submission with their tireless poundings. Whether it be smelting an ingot in the fires of a city forge, or hammering the dents from an adventurer's breastplate at a remote aetheryte camp deep in the wilderness, their work knows no boundaries--making smithing one of Eorzea's most widespread professions.

The roots of smithing can be traced back to Hydaelyn's bronze era. It was during this period that a system of prenticeship was established, ensuring the methods of this art would be passed along to future generations. And while these basic techniques have survived the ages, countless different branches of smithing, including gunsmithing, have emerged in recent years, further broadening the scope of this ancient trade.

Culinarian
Whetting appetites from dawn until dusk with prowess of pot and pan, culinarians provide more than simple sustenance. Armed with a cornucopia of ingredients from across the realm, and versed in methods from the far corners of Hydaelyn, these master chefs help adventurers maintain their strength on the battlefield, bringing truth to the age-old adage that the road to victory truly does run through one's stomach.

Although an established trade far before recorded history, it wasn't until half a century ago when Limsa Lominsan admiral and self-proclaimed gourmand, Ghuolskyf Bhaldwaensyn, known by the masses as "Mastcleaver," put forth a thalassocratic decree proclaiming the culinary arts as a guildworthy craft. Henceforth, it has been recognized across Eorzea as a legitimate member of the Tradescraft Society -- its recipe compendiums now grace the shelves of every librarium in the realm.

Tanner
Contrary to popular belief, a tanner's skills are not limited to the mere boiling and dying of pelts and skins, but also encompass those of an armourer and clothier, for a true leatherworker would never entrust his hides to the hands of another. Perhaps a tanner's most arduous and time-consuming task is procuring the various coats and furs necessary for his trade, which is the reason why many who choose this profession tend to dabble in hunting and trapping as well.

The Elezen have long been known for their skill in leathercrafting, yet for centuries their techniques were heavily guarded. However, when dwindling numbers of guildmasters were threatened with the disappearance of their immense wealth of compiled knowledge, Elezen leatherworkers set aside pride and reluctantly began revealing those techniques to a select few. As a result, the quality of Eorzean-made leather improved significantly, creating an increased demand for products using the superior-quality material.

Weaver
From fiber to thread, thread to cloth, cloth to dress, and path of a tailor literally weaves its way from basic beginnings to extravagant ends. And while this alone can prove a long and arduous journey, a weaver's work spans more than just the spinning of strings and the sewing of seams. Those who wish to excel as clothcrafters must also stay attuned to the latest fashion trends, ensuring their custom are never scoffed by their peers for looking anything less than posh.

Just as the Spinner, Nymeia, spins the fate of all Eorzeans, the warp and weft of a weaver's work, too, have been known to alter the course of destinies both large and small. Perhaps this is why so many of the realm's tailors pay homage to the fickle goddess.


Disciples of the Land
Gatherers will cover most of the HELM activities of Final Fantasy XI. These include, but may not be limited to, Hunting, Excavating, Lumbering, Mining and Fishing. By taking a tool in hand, players can improve their skills in a variety of professions.

Miner
The Miner's Guild is responsible for the excavation and handling of Eorzea's mineral wealth, be it ores, fossils, precious stones, or otherwise. It should come as no surprise, then, that their most eager customers are the ream's blacksmiths and goldsmiths.

To fully master the advanced techniques developed by the great mining nation of Ul'dah, miners must undertake a wide range of tasks, from the meticulous prospecting of the most minute deposits to large-scale civil engineering. The guild staunchly subscribes to the theory of continental drift, and as such many among its ranks for their patron deity Oschon, the Wanderer.

The primary tool of the miner is the pickaxe.


Found a link to a crafting database:

However, we are working up a wiki that is perhaps a little more intuitive. Check it out!

Important note: The game will not have a centralized auction house at launch. The economy and crafting will depend on networked crafters forming supply chains. We have an advantage in this in that we are all cool cats here that love co-operative efforts.

To this end please keep me posted on what levels you have in different jobs related to gathering and crafting. Your fellow crafters need your materials and skills!

I am not much into the crafting, so hit me up with write-ups to stick into the following posts.
We are the skeletons in our closets.
We are the monsters under our beds.
Just_Bri_Thanks on December 2010
0
«1234567…17»