Tomb Raider: Trailer up on IGN. Looks like Uncharted: With A Woman

Registered User regular
December 2010 edited June 2012 in Games and Technology
UPDATE: After ignoring this thread for over a year, I thought I'd make a quick update. 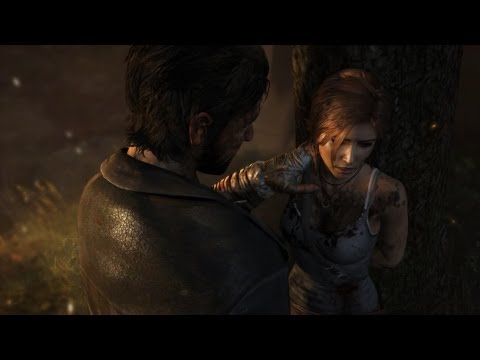 This month's GameInformer has an exclusive 10-page reveal of the next Tomb Raider, currently in development by Crystal Dynamics.

Cover image behind the spoiler

GameInformer's Tomb Raider Hub, will be updated throughout December

Chance wrote a blog post about the GI reveal, check it out here

Features, shamelessly stolen from tombraiderchronicles.com, who stole them from neogaf:

- Lara Croft will be 21 in Tomb Raider
- Tomb Raider will be rated M for Mature
- There will be no real life Lara Croft model
- Tomb Raider is a reboot of the brand, not only the series
- There are brutal deaths in the game this time. One is described as a deranged man stabbing Lara in the chest and another includes a boulder falling on her leg to trap her before another falls and crushes her head.
- Weapons to include a shotgun, bow and pistols
- The lock on targeting system has been replaced with a free aim system
- There are base camps in the game. Here you can combine items to create something new and access a skill system to upgrade Lara's abilities. You'll also be able to use base camps to fast travel to different locations to minimize backtracking.
- You'll need to gather food and water in order to survive
-There are humans in the game, including some of the crew members from the shipwreck off the coast of the island.

"There was an illusion of freedom because of streaming and loading that would pop you out in a different location, but this is absolutely real. You can literally go any direction that you see and carve your own way to the finish line instead of being guide." says experienced director Noah Hughes.

"It was important in the game to not only deliver the character arc of Lara Croft emotionally, but to deliver it in gameplay as well so the player gets to grow into a hardened survivor.

"As the game unfolds, Lara will scavenge new tools and gear that augment her abilities. Lara's athletic prowess will also evolve. Some areas begin inaccessible due to physical limitations or scarce supplies. With the right skills and gear, however, the island is Lara's for the taking."


I've got to say, this sounds pretty sweet, but Crystal Dynamics have made grand promises before. Still, I will remain cautiously optimistic until there's more to go on.