Decided I have lurked this area enough. Seeing all of the awesome work in here.. It just pushed me over the edge, I decided I was going to teach my self how to paint! Then I tried painting and realized I needed to learn to draw first hehe.

So, here is my first painting ( yes its still being worked on ) Acrylics on canvas paper.
still changing a few things and I am also doing a few other things on the side. 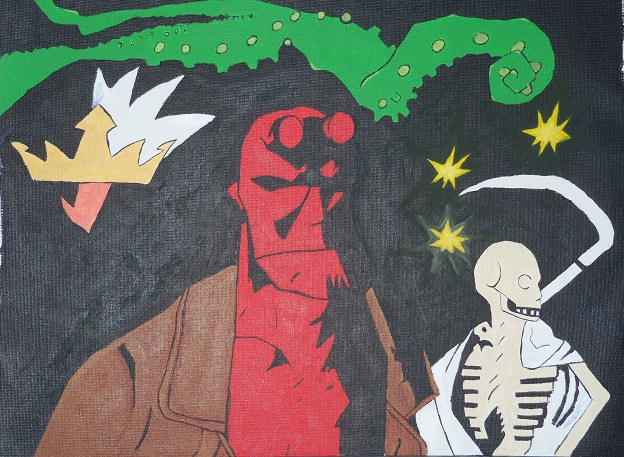 All comments welcome =)
I am thinking about getting some watercolor pencils and messing around with them because they seem pretty neat, anyone have any experience using them or recommend a good set?