AirMech [Free Alpha!]- Blatantly ripping off Herzog Zwei for the good of Mankind.

Registered User regular
November 2011 edited December 2011 in Games and Technology
YOU GOT ACTION IN MY RTS AND NOW THEY TASTE BETTER!!!1 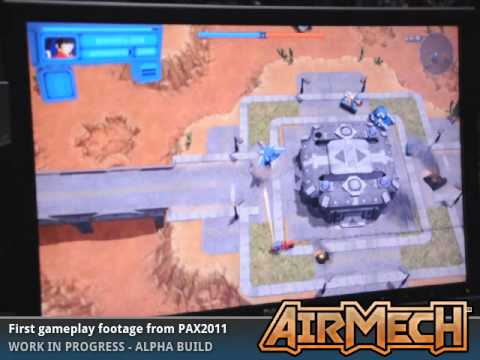 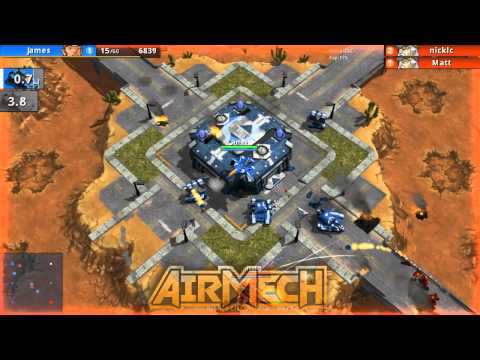 In the days of yore before many gamers had mouses, Herzog Zwei (on Sega Genesis) was one of the first modern RTS games in the sense that you had to move mans from your base to the other guys base to fuck them up. The thing was, back then, there weren't really mice associated with such games. Instead, you controlled a fighter plane that could fly around a map, and either fly around the map commanding, or land on the ground and morph into a robot to kill mans. But you couldn't just fly to the other side and shoot up the other base: only your units can do it. So you as the player must balance out the strategy of moving your troops to the other side while landing on the ground and getting your hands bloody. Herzog Zwei was noted for being frantic and awesome, and having really great music.

AirMech is an indie game from the team who made Fat Princess. Like Brutal Legend, it is an Action/RTS inspired from one of the first Real Time Strategy games ever, Herzog Zwei. Well, there is a key difference, so let me rephrase that: AirMech shamelessly rips off Herzog Zwei in every possible way that one would rip off Herzog Zwei. And that's awesome.

AirMech offers to take the Herzog Zwei Action/RTS formula up to the next level by having features like 3 on 3 battles, highly customizable army units and hero units, and obligatory elements from DotA and LoL such as spending XP on upgrades for yourself and your mans. Therefore, like Brutal Legend and any DotA-esque game, a player who goes at it like Lu Bu, only to get killed over and over will be severely punished as the other player gets lots of XP.

An intriguing feature of AirMech is that the dev team is working on this game with nothing but open source technology, and they are waving their e-peens about it. The game is coming out on PC and Linux. See the flow chart below: 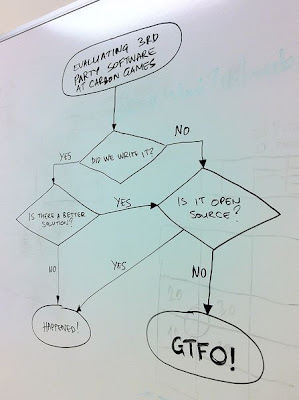 A free alpha signup is going around as well on the dev blog: http://carbongames.com/ . Make an account and post in the forum that you want in. I got my response within an hour. The controls can be played with a keyboard and mouse, but has dual analog sticks in mind. Especially a 360 controller if you have one.