You're lying, dammit! And I can prove it!! [Phoenix Wright: Ace Attorney]

"...and I saw the new Phoenix Wright game, it looks just like the old ones! It's not even in 3D!" 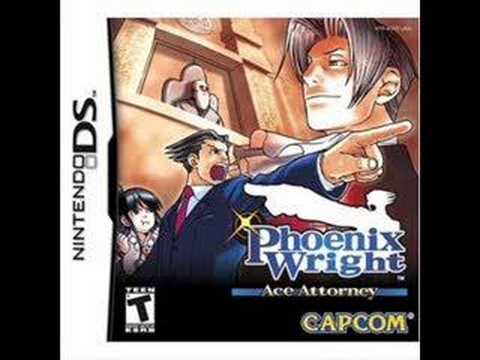 "Mr. Butz! You say the new Phoenix Wright game, Dual Destinies, available now on the Nintendo 3DS for $29.99, looks like we do now. This is a fatal contradiction in your testimony! In reality, we now look..." "Like this!! Fully rendered models with full animation!! The gameplay and the character you know and love, with a new visual twist!"

"Mr. Wright! My Mood Matrix is telling me Larry's surprised at the new level of detail given to the game, and what a deal it is to only cost $30! It's available at all major retailers with physical copies, right?"

"Umm...funny story about that one...it's kinda only available digitally on the eShop...sorry about that."

"(If only they know how lucky they had it...it was this way or no game at all!)"