Registered User regular
June 2015 edited June 2015 in Moe's Stupid Technology Tavern
A friend gave me a 360 with a busted disk drive that he found at a thrift shop. The machine appears to be functional otherwise. Swapping out the drive appears to be out of the question because of Microsoft's system DRM. Getting it repaired by Microsoft is $100, and at that point I'd just as rather buy a PS3. The drive is a Hitachi-LG GDR-3120L from September 2007.

When a DVD is inserted, nothing happens for a moment. Then the drive ejects the disk. I pried the circle on the top of the drive off, and it appears that the inserted disk is not spinning; it is being squeezed up against the roof of the drive. I've taken the drive apart trying to figure out why it's raising the disk so high. Any ideas?

There are two potentiometers on the moving laser assembly. I took a multimeter (set to 20K ohms) to it trying to figure this out. When the drive is assembled and the ribbon is on the top, the pot on the left controls the laser intensity, I've read. It started out at 3.53, and I moved it to 4 to see if that would make a difference. The pot on the right is 5.6. Any idea what that controls? 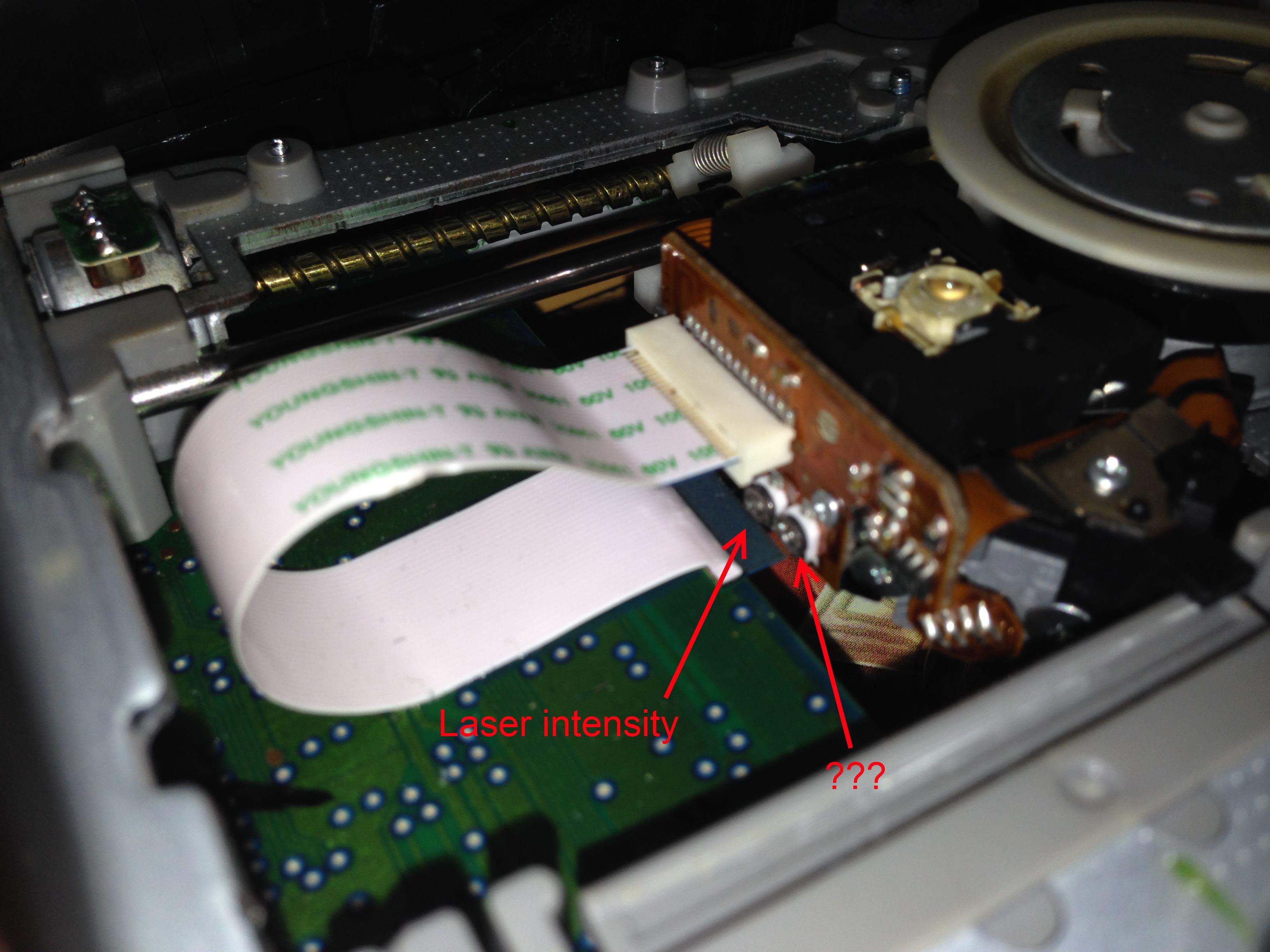