Registered User regular
April 2016 edited April 2016 in Graphic Violence
As an occasional traveler to East Asia, I must admit that I LOVE the government sanctioned comic art! (FYI - Its not limited to China)

So when I saw this;

(CNN) China's government workers are being warned off dating handsome foreigners -- because they may be potential James Bonds.

A 16-panel comic book-style poster that's been widely displayed across Beijing tells the story of an attractive young female civil servant -- Xiao Li or Little Li -- who is wooed by a red-haired foreigner posing as a visiting scholar.


OMG! That red hair! Those sexy glasses! That big honking nose! No wonder the Chinese girls can't keep their government secrets away from him! 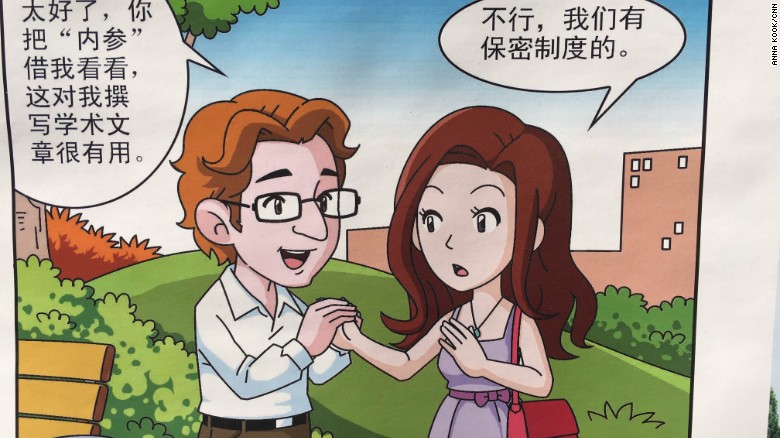 Dang, the ears are pretty huge too...

Anyone else got some good government or corporate sanctioned art?
majanz on April 2016