Registered User admin
October 2016 in Indie Games
Hello!
I'd like to introduce the game I've spent over 4,000 hours working on since November 2014. Vigilantes is a crime themed, turn based tactical RPG inspired by the classics of the 90's, such as Fallout, X-Com, and Jagged Alliance. I've always had a passion for TB RPG's since I was young, and since getting into game development several years ago, have always wanted to make a meaningful contribution to the genre.
Here's an image of the main menu from Vigilantes, with the protagonist, Sam Contino, looking a little worse for wear after a... night on the town. Here's the release trailer, which is the best way to get a feel for Vigilantes in 97 seconds. 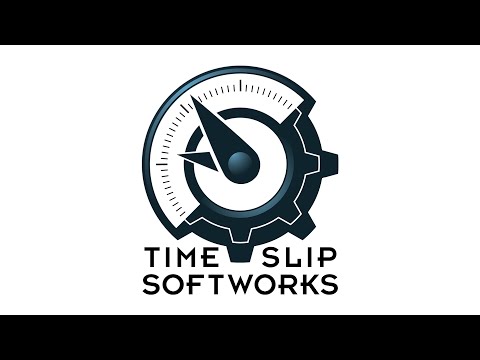 Preview demos with around 3 hours of gameplay are available for Windows, Mac and Linux. We've just been Greenlit today, but our Kickstarter, in which we hope to raise the modest sum of €5,000, is still running. If you'd like to support a hard working indie team, get a copy of Vigilantes at a substantial discount (€8) and possibly prevent some baby seals from being brutally murdered, our Kickstarter is here.

Development Goals
We set out to achieve a number of goals with Vigilantes. In terms of setting, we wanted to avoid the settings most commonly associated with the turn based genre, and decided on a declining modern city in the middle of an unprecedented crime wave. Mechanically, we wanted to build deep and satisfying combat mechanics and avoid the present trend of simplifying RPG systems. Finally, while the main emphasis of Vigilantes is on combat, story telling is important, and we've spent a considerable amount of time working on creating memorable characters and building a compelling neo noir world.
Features
Lead a team of Vigilantes in tense, turn based tactical combat against 3 distinct criminal gangs.
Engage criminals with choreographed, bone shattering hand to hand attacks, a variety of firearms, and explosives.
Run surveillance operations to locate the criminal threat.
Develop your character with the in-depth UPLIFT system, improving 9 skills through use, and choosing from a wide variety of perks.
Locate and team up with other vigilantes operating in Reiker City.
Purchase equipment, ranging from sniper rifles to machetes, assault rifles to smoke grenades.
Craft special items, such as high damage, hotloaded ammo, and advanced medical items.
Experience a compelling and meticulously crafted story, supported by high quality illustrations of the vigilantes, the city, and the gangs who occupy it.

Selected Artwork
Here's art by Olga of the three gangs, which dominate Reiker City: the Mafia, the cult like Church of the Final Exodus, and paramilitary survivalists. To stop crime in Reiker, you have to bring all 3 gangs down. Ray Case - Voiced Ally Video
Here's an intro video for Ray Case, private eye, who is one of the allies you will find in Reiker. Here's looking at you, kid... 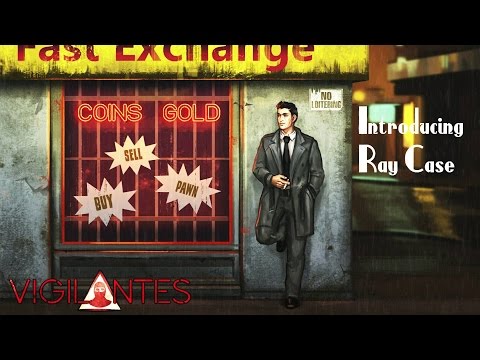 If you have any questions about Vigilantes, it's development or anything else, please leave a comment! Be happy to talk to you.