Knob wrote: »
Okay so: Tekken resources seem to be all aimed at people who either know nothing about fighting games, or people who already understand how tekken works. There's very little for people who get fg fundamentals but don't understand the specific flow of a tekken match. I'm going to attempt over the next couple days to demystify exactly what is going on to hopefully increase your enjoyment playing and watching the absolute most greatest and best 3d digital bear and robot karate simulator ever made

Archetypes: at a glance it seems like all tekken characters are doing the same things. In 2d games you have clear character roles like rushdown, zoner, grappler, etc. In tekken the lines are blurrier. Instead, there are a variety of elements that compose a complete tk gameplan, and each character is suited or unsuited to each one individually.

Poking: a character who excels at poking is the turtle of tekken. They have long ranged safe buttons with good tracking and are a nightmare to approach. They chop the tree down by inches. It is very hard to force a defensive poking character to move if they don't want to. Consider them to be the zoning characters. Alisa, Jack, and Miguel are all poking monsters.

Rushdown: a rushdown character wants to be in your face at range 0 all the time. Once they're inside, it is extremely difficult to get them back out. They have fast attacks with good advantage and generally can force 50/50s all day. Note that rushdown and poking are not mutually exclusive. Some characters have the tools for both. Some characters are crap at both. There are a lot of other areas to excel in. Nina is the undisputed Queen of Rushdown. Heihachi and Paul like it, too.

Block punishment: The ability to maximize damage from your opponent's mistakes. Each character has optimal punishes for every punishable situation. Some characters punish harder than others. You can hopkick Gigas all day and not be too worried about his retaliation. You have to think real hard before hopkicking Kazuya, because if he blocks, your ass just died twice. Kazuya Mishima is undisputed lord of punishment, getting full launches from blocking shit that other characters may struggle to get even a knockdown off.

Whiff punishing: some characters have better tools for handling whiffs than others. You can sit back and do silly shit in front of King or Nina all day. King has to be fairly close to tag you with b+1,2 and even if he gets it, its not the end of the world. Other characters are uniquely suited to fucking up your christmas if you're sloppy with your buttons. Asuka f+2 is the shining star here. Heihachi demon paw, all ewgfs, and like half of Jack's movelist are all also way up there.

Counterhitting: A character with a strong CH game aims to make you constantly second guess when it is your turn to push a button. They have tools to create natural frame traps and huge payoff from getting counterhits. Throw a dumb crouch jab against Shaheen? Not the end of the world. Got a little antsy against Steve? Welcome to the dumpster. Steve Fox and Asuka get most of their mileage from fishing for counterhits.

Movement: some characters just plain move better than others. Big characters arent neccesarily slow, but their bulk means they arent creating as much safe space with a sidestep or backdash. Small characters create more distance as there is less of them to hit. Unique evasive stances could also be included in this category. Xiaoyu and Lili are extremely hard to pin down while Jack, Bob, and Gigas have to take more pressure due to having poor mobility. Eddy is a special case, having the very evasive RLX stance but an awful neutral stance and terrible sidestep.

Okizeme: getting off the ground in tekken is a generally scary prospect, but some characters will fuck you up harder than others. You can kinda just do whatever you want against Lucky Chloe and it'll probably work out. Get knocked down against King or Xiaoyu? RIP. Your ass is now in a blender.

So when discussing how a tekken character works, they'll generally excel at a couple of those categories while being deficient in others, or occasionally being adequate at everything without being phenomenal, like Jin.

Kazuya has shit poking, mediocre rushdown, outstanding block and whiff punishment, decent CH, fair wall carry, and great movement and oki. He is a decensive character designed to force and capitalize on mistakes.

Alisa is the other side of the defense coin, with has outstanding poking, below average rushdown, shit block and whiff punishment, average CH game, good carry, and amazing movement. She sets her position on screen at will and defends it with an array of amazing coverage. She's O.Sagat or Deadshot. You lose 80% of your lifebar trying to touch her.

Those are extreme examples with most characters being a blend of the above qualities and very few examples of stark archetypes.

Zellpher wrote: »
Do any of the characters in T7 have a counter? As in Dudley/Gouken/Baiken/Kolin style counters.

Tekken has a system called Chickening, however. If you expect one of your pokes to get countered, you can input a command to reverse their counter. The game will yell CHICKEN due to a hilarious tekken 3 glitch that became a running joke, and you will feel bad for using a counter against a good player.

E: actually i dont know if t7 has chickening. I'm assuming so because its been a staple since tekken 3, but i havent seen anyone do it in t7

fRAWRst wrote: »
tell me about bryan and why he is the best


Just like Dragunov, he's amazing at both poking and rushdown. He's got safe launchers, great whiff punishing, big damage, great lows. He can play keepout until you're scared to advance then come in with low risk, high reward mixups. His offense is a little hard to sustain since he's not great at creating + frames, but he doesnt need to smother you like hwoarang or nina. 1 opening is generally enough. His main fault is his linearity. Good lateral movement shuts down many of his options.

And that's without The Dumb Shit. Bryan has a taunt. It is unblockable. It does no damage, but causes enough hitstun for him to launch you for a full combo. It is insanely hard to do, and T7 has really toned down the opportunities for him to set it up, but its definitely a thing.

He also has Snake Edge. It's a low launcher that is insanely punishable and very easy to react to...unless you're on the internet. Prepare for a million Online Bryan Furys who have no deeper plan than to spam snake edge until you start preemptively ducking, at which point they will spam Orbital Heel.

And is there anyone that does combos like Marduk's VTS cancel combos from T6?


King is an oki monster. His punishment leaves a lot to be desired and his 50/50s are very high risk high reward. Hes very all in. His lows are all shit, because of his excellent throwing game, but keep in mind that throws are only as good as your opponent is since they're breakable on reaction.

If King is the offensive grappler, Gigas is the defensive one. No lows, best throws, great suite of punch normals, awful kicks. The space control of Jack with King's throw game. Horrible horrible movement and block punishing. Good opponents will outrun him all over the stage and break all of his throws, leaving you with a vaguely Jack shaped watery turd.

If Alisa is the defensive poking character, Dragunov is the offensive one. Running 2 and d+2 is a 50/50 from range 1-2 that lets him get inside nearly at will. He has the best tools to mount an offense of anyone in the game, an extremely easy to understand playstyle, high damage, maybe the best wall game, good panic buttons, great evasion. Downsides: ??? He's fucking great.

simulacrum wrote: »
Reposting this since the last thread died closed not long after. 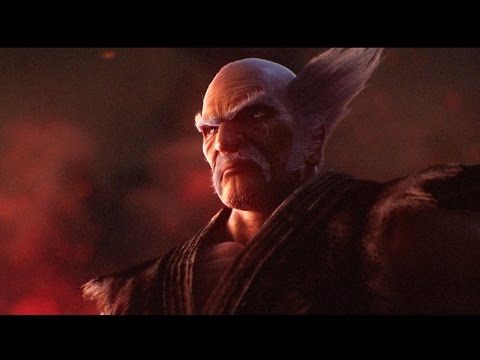 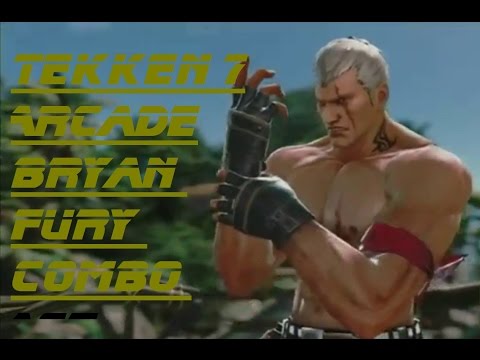 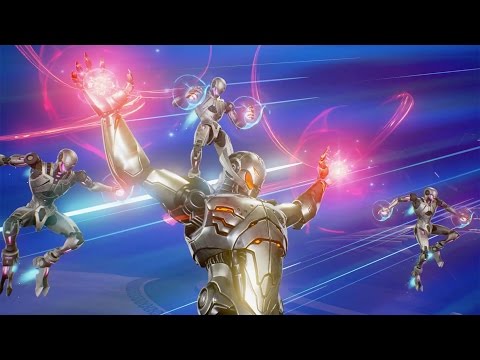 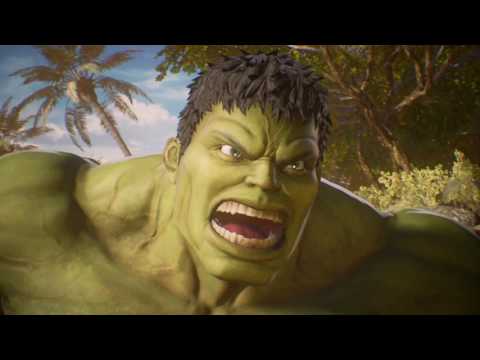 【Ruleset】
- 5on5 Winner Stays
- Bo3 all matches
- All others default settings
- Glitches that stops the game is banned - SANWA stick&button will be used
- When multiple teams have tied results in pools, pick 1 player to play round robin within those teams. Another tie will pick another player. If all 5 players played, winner will be decided by Rounds taken during this tie-breaker.
- 3 or more characters necessary in the team.
- 1 character for 1 player
- Rock Paper Scissors to choose seat. Pick 1st player to go and tell each other.
- Raise your hand when you find stick/button error. After fixing, match will re-start after replicating the situation.
(No error can make you DQ.)
- 「ストⅢ3rd ストライク旧基板（Ver.990512）」will be used. and Ky is a ryu with 3s urien corner tackle loops, a baller oki fireball game aka denjin, and the best easter egg ever 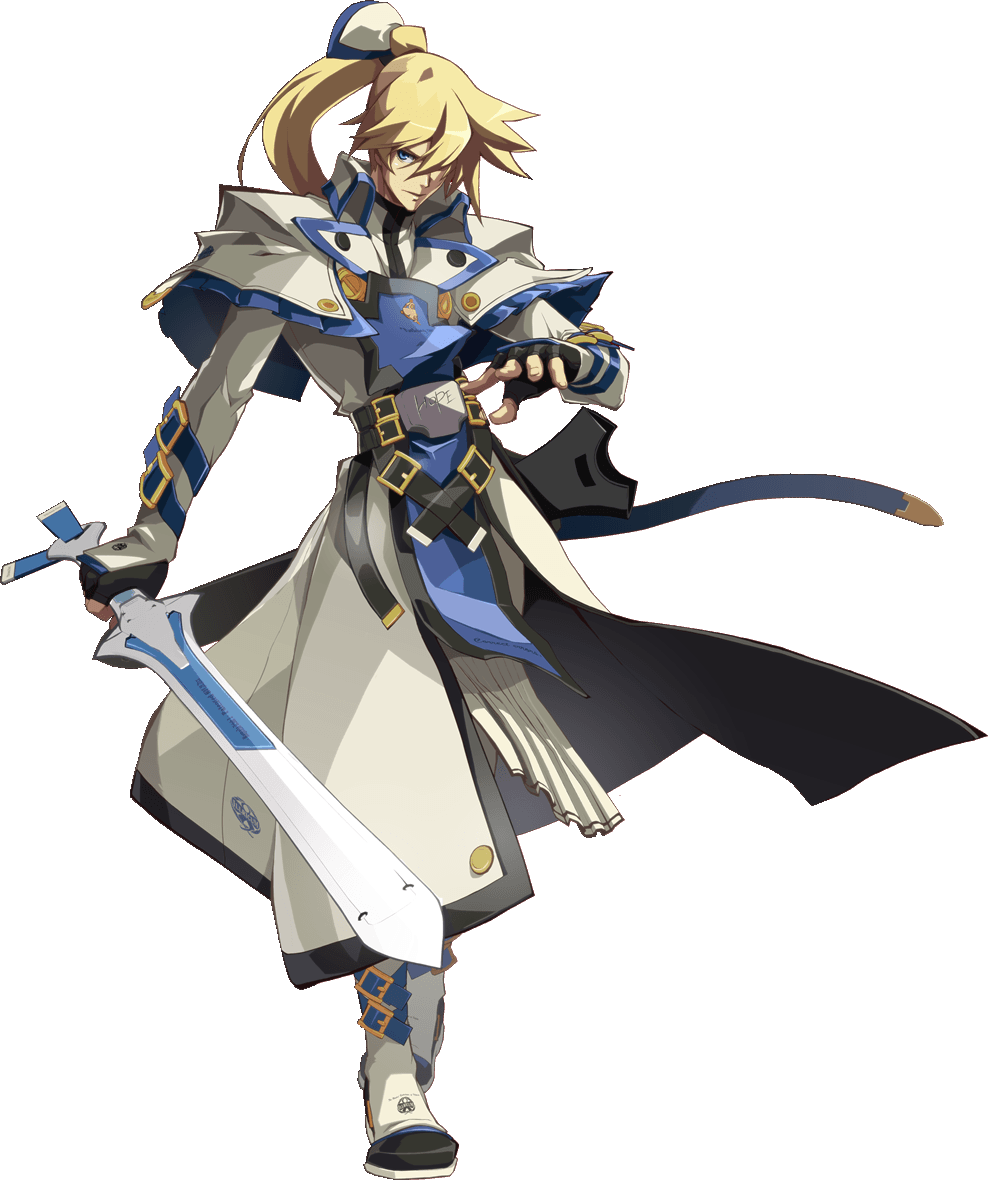 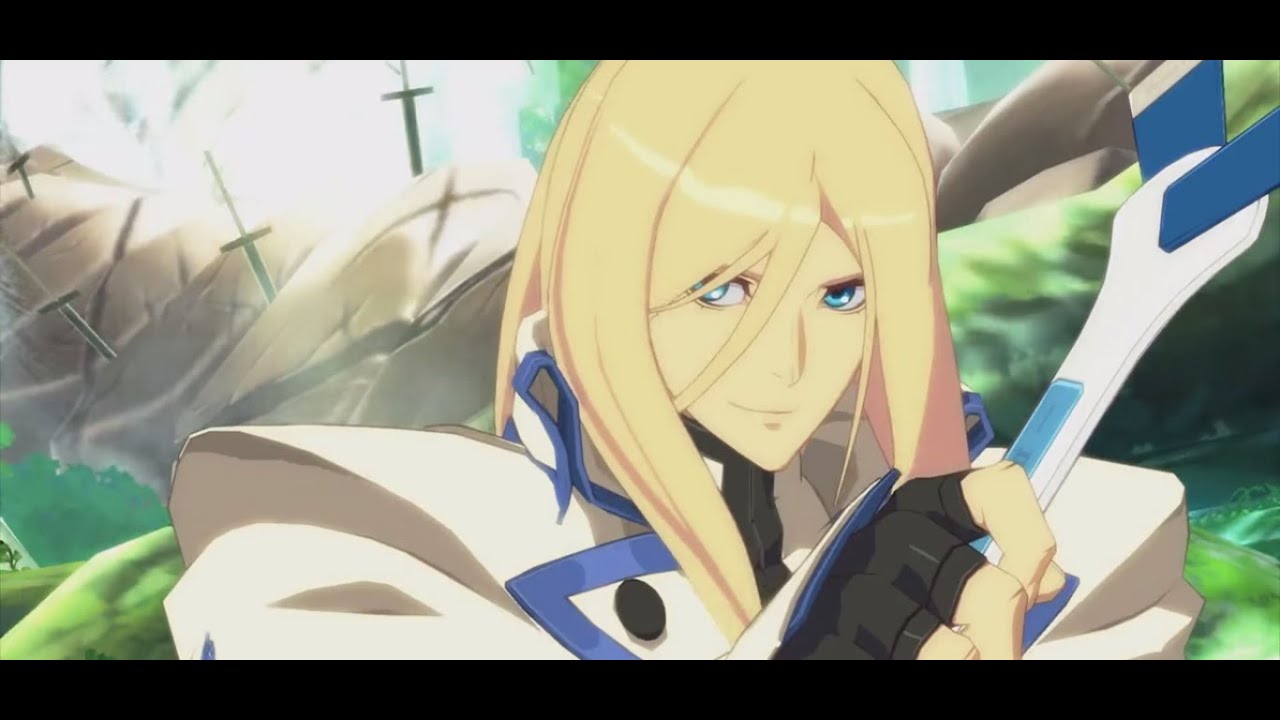 AND THIS HEADBANGING SONG STARTS PLAYING 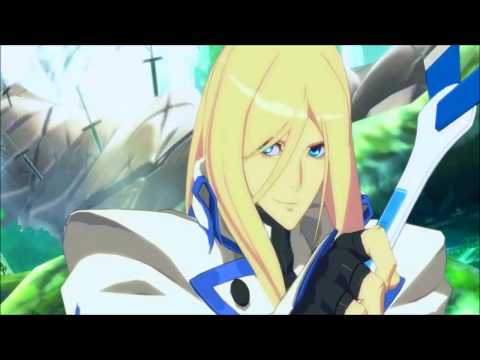 KOF 14 IS OUT! Its really fun and with a recent patch, netcode is really solid. Also about to get a graphics overhaul! 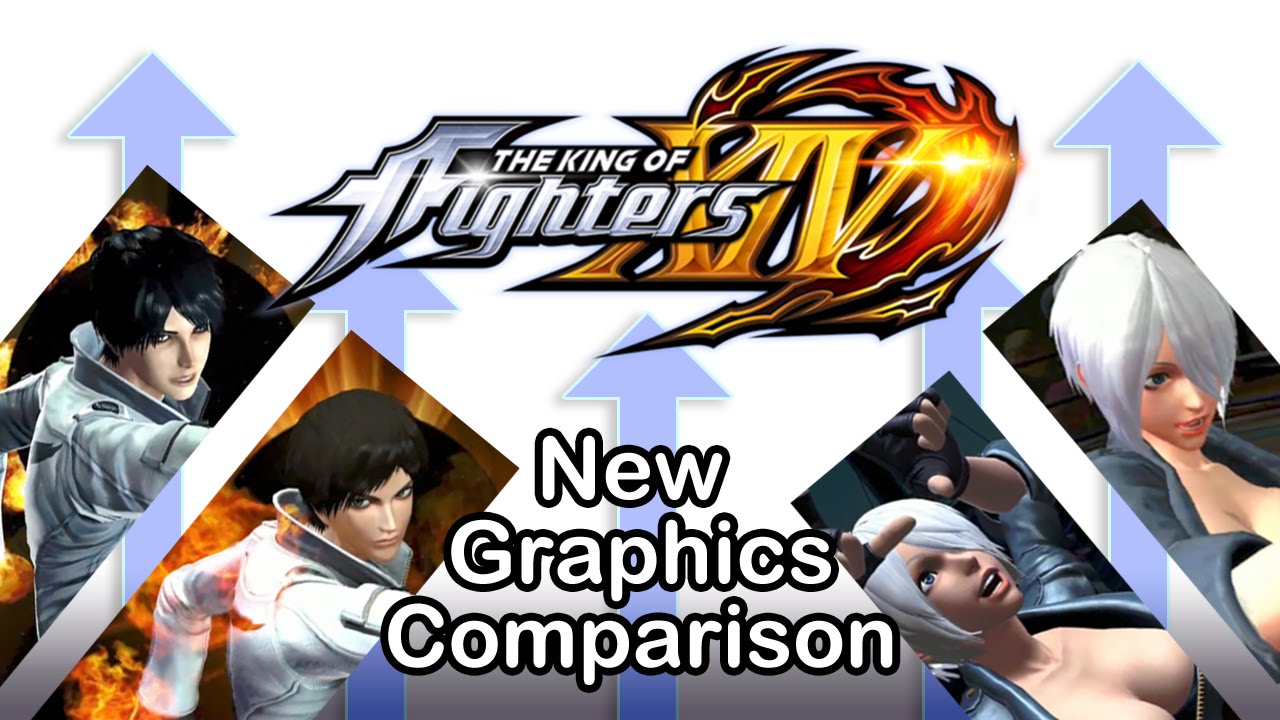 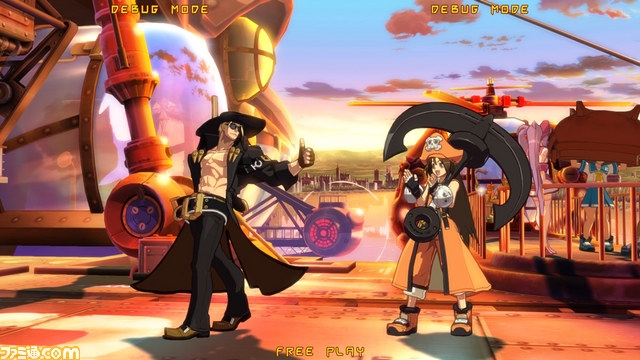 I still play Sf3 Third Strike. Its a good game!!!

Some great SSF2T commentary and fun stuff with Damdai and Seb 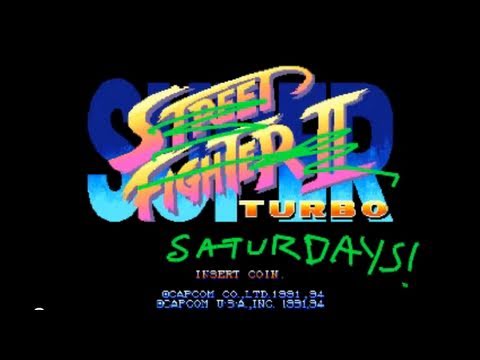 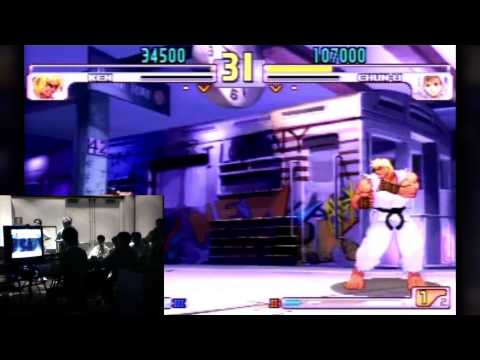 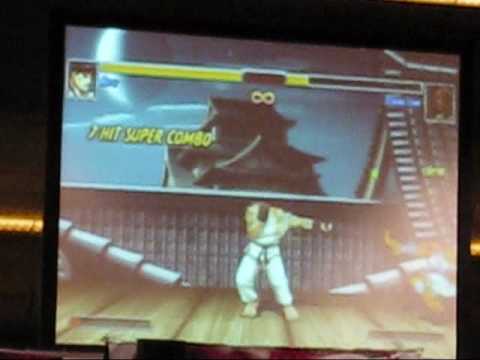 
SF5 PA players list! Pm me to be added. SF5 has fizzled a bit for PA but you'll still find @Euphemon playing daily. Look for pick up games in thread! 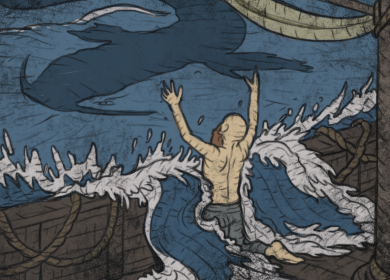