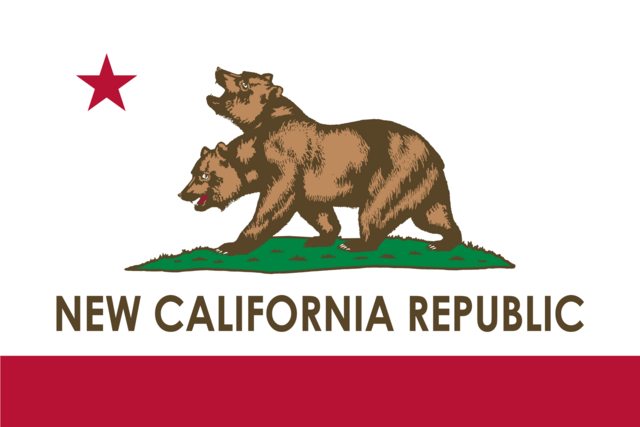 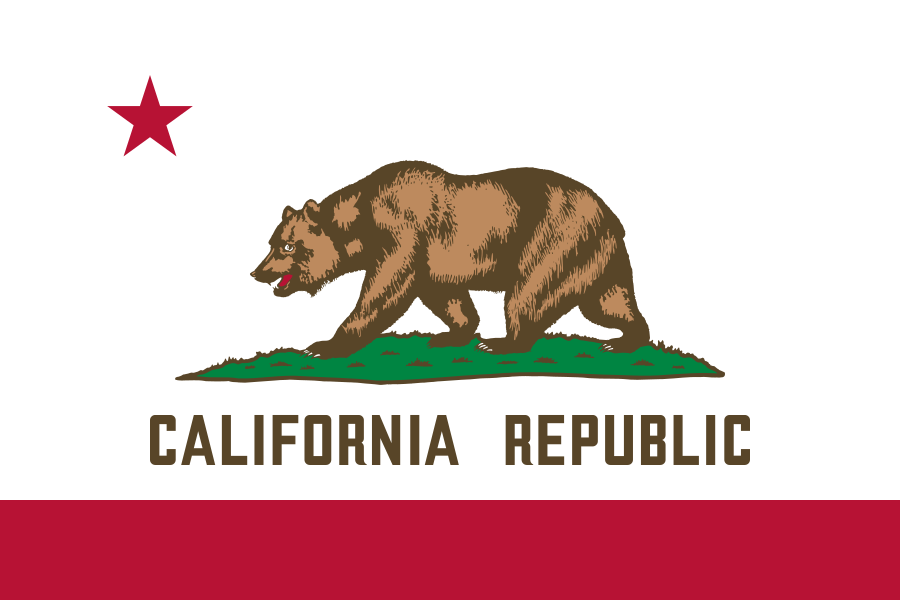 California is the most populated state in the United States, the 3rd largest state geographically, and the 5th largest economy in the world. Like mountains? California's got tons, including Mount Whitney, the tallest mountain in the lower 48. Like deserts? We've got multiple ones, with the hottest location on the globe. Like trees? We've got the biggest goddamn trees you've ever seen. Like food? If you eat fruits or veggies in the United States, odds are it comes from California. It's about time it has its own thread, so here you go.

With a big state comes big problems. While it's the most populated state in the country, those populations are concentrated in two specific areas, leading to a significant portion of the state devoted to farmland or sparsely populated. Friction between the cities and the rural areas is constant in many areas of the country, but in California it spreads into one specific resource - water. The majority of the water in the state is deposited as snow or rain into reservoirs mostly located in the northern third of the state over the winter, and that water is transported down the state to population centers over the course of the year. Agriculture accounts for 80% of water usage when not accounting for mandated releases to keep the ocean from invading inward, and using groundwater is actually physically causing the land in the valley to settle. As we look to be heading back into a drought after a one-year respite, expect this to be the focal point of most conflicts, with not a whole lot being done because the state Constitution limits the ability of providers to increase water prices (which, in turn, results in more PROFITABLE crops which consume water from being the preferred crops for agriculture).

California is also expensive - lots of people want to live here (for the weather, opportunity, social atmosphere, or other benefits), but housing has not kept pace. The San Francisco Bay Area is ground zero for this, and it's also a problem shared by cities the world over, but California is leading the way. There is a significant amount of focus on this of late, specifically on the difficulty of building new housing (and the inherent NIMBYisms involved there), with 15 bills passed last year and there's more being worked on now. This, of course, runs into the previously mentioned water rights problems, where solutions to having water for all these new residents is also needed. However, this is a very pressing issue and has led to younger generations effectively being forced into renting for life, because median price for homes has actually broken 7 figures in some regions, which is beyond the reach of many professions.

This has led directly into a massive homeless problem in the state (which is exacerbated by things like Nevada busing discharged mental patients to California cities). There's way too many articles on the homeless situation to list, but if you go to any given city subreddit in California, it's a CONSTANT theme of posts. LA's homeless population has grown 75% in six years. It's even pushing into rural counties, with El Dorado County's jumping 122% in two years and Butte County jumping 76%. Cleanup of a homeless camp in Orange County led to over 1000 pounds of human waste, over 5000 needles, and about 250 tons of trash. Swimming in the Lower American River contains unsafe levels of e. coli due to human feces. Of course, no one really knows a proper solution, especially given many of the homeless are mentally ill, so much more of the focus seems to be on pointing fingers than anything else.

Other stuff which is getting a bit of focus is pushing back against the current national agenda. California is hit particularly hard with the new tax bill, with over 40% of Californians itemizing deductions in 2015, with average deduction of about $18,000 - well over the new SALT cap. There's two primary things in the works to get around this, a bill which allows Californians to donate to a state fund for an 85%-on-the-dollar deduction in state taxes, which would circumvent the cap if permitted, and a bill which effectively restores half of the corporate tax cut, but at the state level instead of federal, which would permit lowering of individuals' taxes to help mitigate the SALT cap. Both of these have obvious concerns - whether the IRS will permit the former, and whether businesses will flee the latter, in particular. Expect this to be in the news quite a bit as well.

Some other stuff on the docket are net neutrality, ICE raids and how cities are working against them (up to and including Oakland's mayor giving pre-warning of sweeps to her city), election systems having been previously compromised by Russia, legalized recreational marijuana and how counties are playing around with it, gun control, and a wide variety of other things, including but not limited to those stupid fucking "split the state" ideas.

A couple months late, but quick rundown of new laws which went into effect this year:

But legislation isn't the only way that laws can be put into effect. California, in their infinite wisdom, has a proposition system which allows for some crazy shit to get proposed, and sometimes put into effect. Here's what's on the horizon:


Speaking of future elections, Jerry Brown's time is up this year, and the race for his successor is heating up. California operates with a jungle primary, where the top two candidates from the open primary make the final ballot. More and more in recent years, this has led to contests between Democratic candidates for the higher offices, and this year looks to be no exception. Gavin Newsom, the current Lieutenant Governor, is the heir apparent, but there's some challengers both on the Republican side as well as from the Democratic side, with current polling showing it likely that either Villaraigosa or Chiang from the D side would be the second candidate to come out of the primary, with John Cox (R) the next-closest contender. Similarly, looking into the US Senate election, Kevin de Leon is challenging Feinstein and looks to be the likely second candidate. This wouldn't be particularly noteworthy except that at this past weekend's party convention, the state party declined to endorse Diane Feinstein, an uncommon move for an incumbent with as much power as Feinstein has. In fact, de Leon received 54% of the delegate votes (endorsement requires 60%), so he was closer to getting the official party endorsement than she was.


It's a messy, big state out there, and there's lots of little things going on that don't necessarily warrant their own threads, so here's a place for us to discuss.

Warning: this post contains chemicals known to the state of California to cause cancer and birth defects or other reproductive harm.
http://steamcommunity.com/profiles/76561197992536847