What can I do for you?Registered User regular
September 2018 in Help / Advice Forum
At the last place we lived in, there were numerous succulents in the backyard. I attempted to propagate some of them, some via single leaves and others via cuttings. One of them that I made a cutting of was this succulent called Gollum jade or finger jade because it looks pretty neat. It was doing fine in this pot at the last place since I made the cutting in April, but we moved to this new place (about 10 miles away) at the end of September and it doesn't seem to be doing as well. The "leaves" are looking pretty shriveled now: 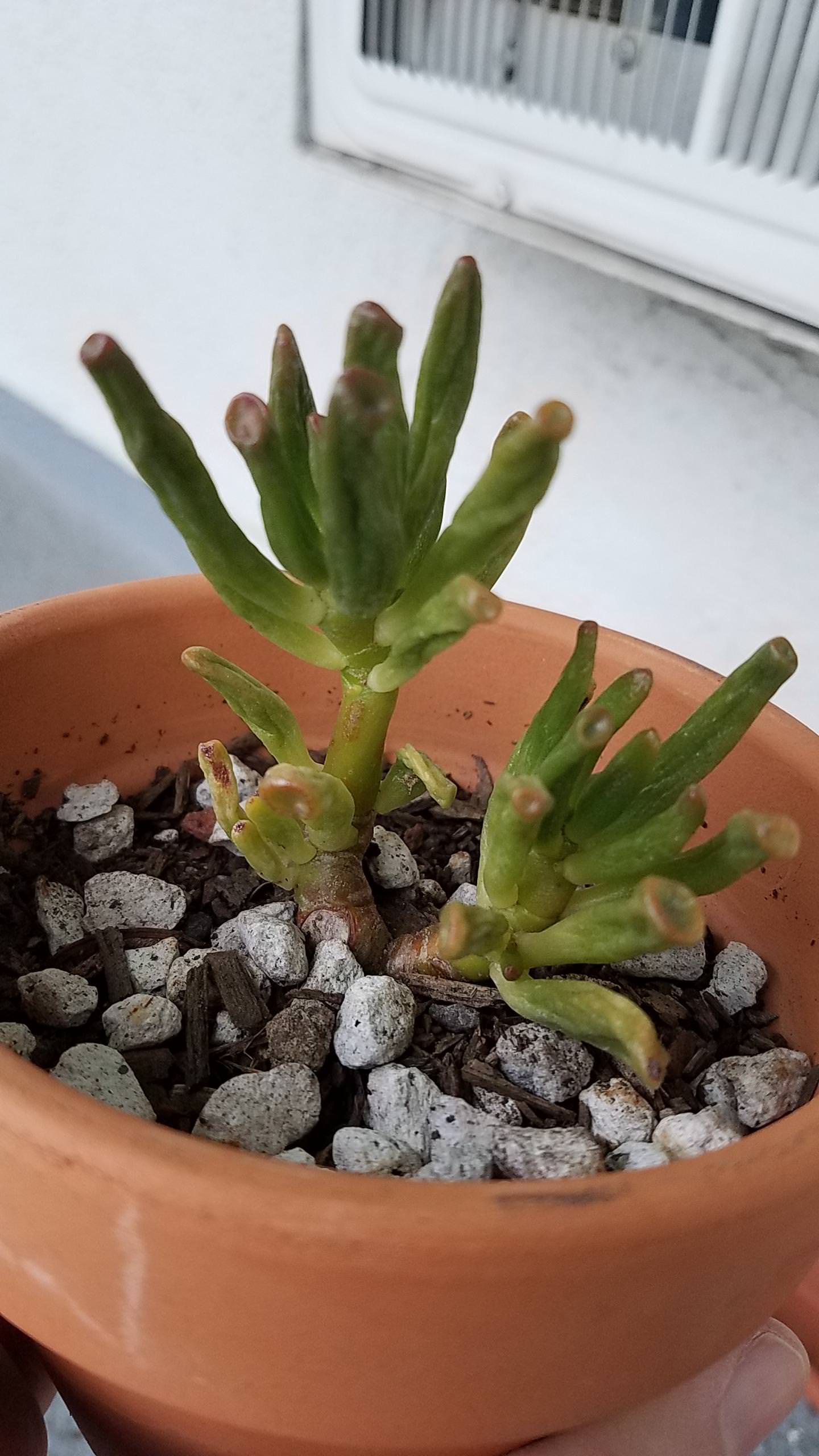 Am I just not giving the poor thing enough water? I've tried to be careful not to water it too much since jade plants can die from overwatering, but perhaps it's not getting enough? I think I last watered it a week ago. It is kept outside the apartment where it gets a healthy dosage of sun every day. For reference, here's what it looked like in June:
[img][/img] 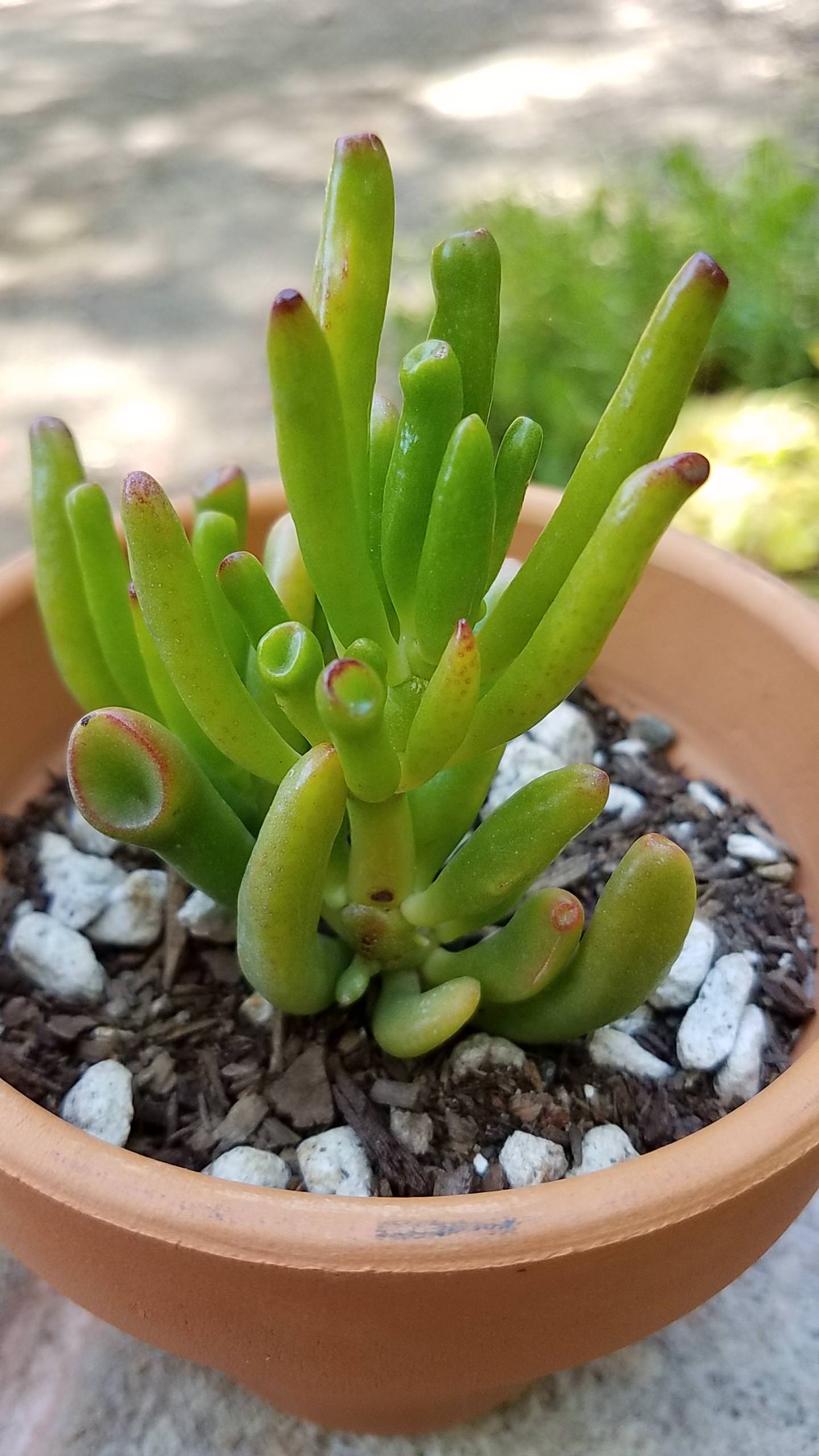