Classy Monster KittehRegistered User regular
May 2019 in Help / Advice Forum
So we've been cleaning up the backyard of all the dead leaves and stuff that have been accumulating since last year, and my little sister thinks she found some morels- you know, the wrinkly mushrooms that people go and hunt? She's all dead-set about cooking them up and trying them out. I'm a little more on the side of "Hey, let's be extra careful what kinds of random yard fungus we put in our mouths, yes?"- mostly because I've never seen a morel myself in my life, and that Bad Things can happen and there are some terribly nasty mushrooms out there.

By the time I got to them, she'd already cut them in half, and the half-open one had a little black speckling around the inside of the top. 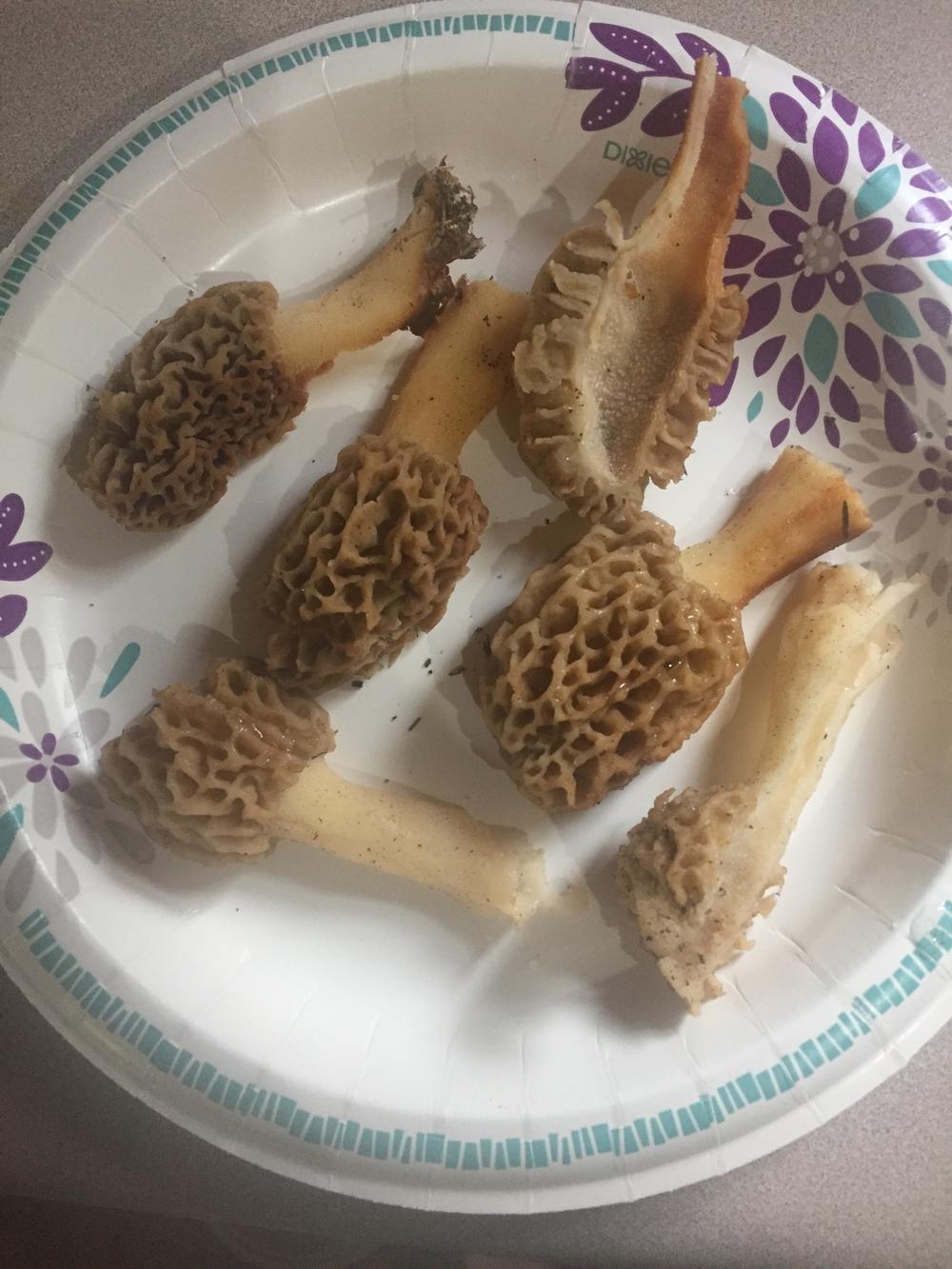 So what do you guys think? Throw them in the trash, or toss them in a pan?