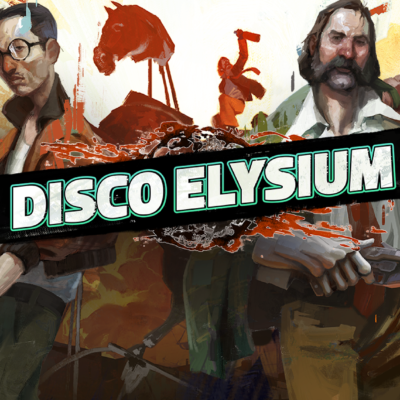 What is this game?
In Disco Elysium, you play an alcoholic, amnesiac cop in the retro-futuristic city of Revachol. There's a corpse hanging from a tree outside your hotel room and everyone seems to think you're here to do something about it. You've been on a bender for three days and the locals think you're a joke, but not everything is as it seems...

How does it play?
It's a narrative role-playing game. You go around talking to people and inspecting the environment to try and solve the mystery. Hidden skill checks happen in the background that give you access to additional dialogue. There is danger and you can get hurt, but it's all narrative. There is no combat in this game. 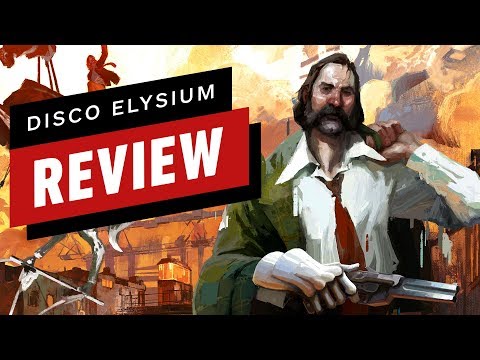 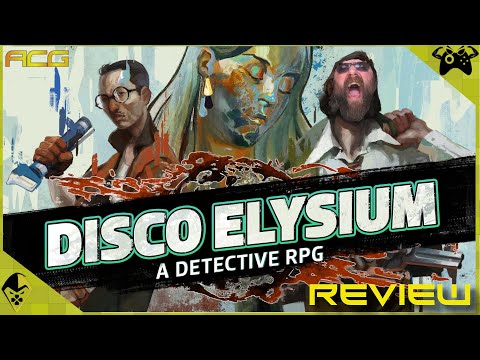 When does it come out?
It's out on PC now!

Yoinked OP from @Ninja Snarl P who put way more effort in than I did:

You're a cop. Possibly. It's something you're working out, anyway. You probably have a job to do. The downside? You didn't quite drink yourself to death, but your brain made a solid attempt at killing itself. You definitely have a name, you just don't know what it is. You do know you have certain skills, but they are some damned chatty skills.

Disco Elysium is... well, it's an RPG. No combat that I know of, but that doesn't mean you can't die. Seriously, if you fuck around too much trying to get your tie after waking up? Heart attack. Game over. And all of your skills? They have OPINIONS. Yes, in capital letters. Basically every ability you have will pipe up with commentary at some point, and you'll spend as much time conversing with the your Drama or Physical or Logic skills as you will talking to actual people. You're a fucky cop in a fucky miserable little town figuring out some fucky murder, all the while trying to reason with the fucky skills chattering in your head. Here's the main archetypes: 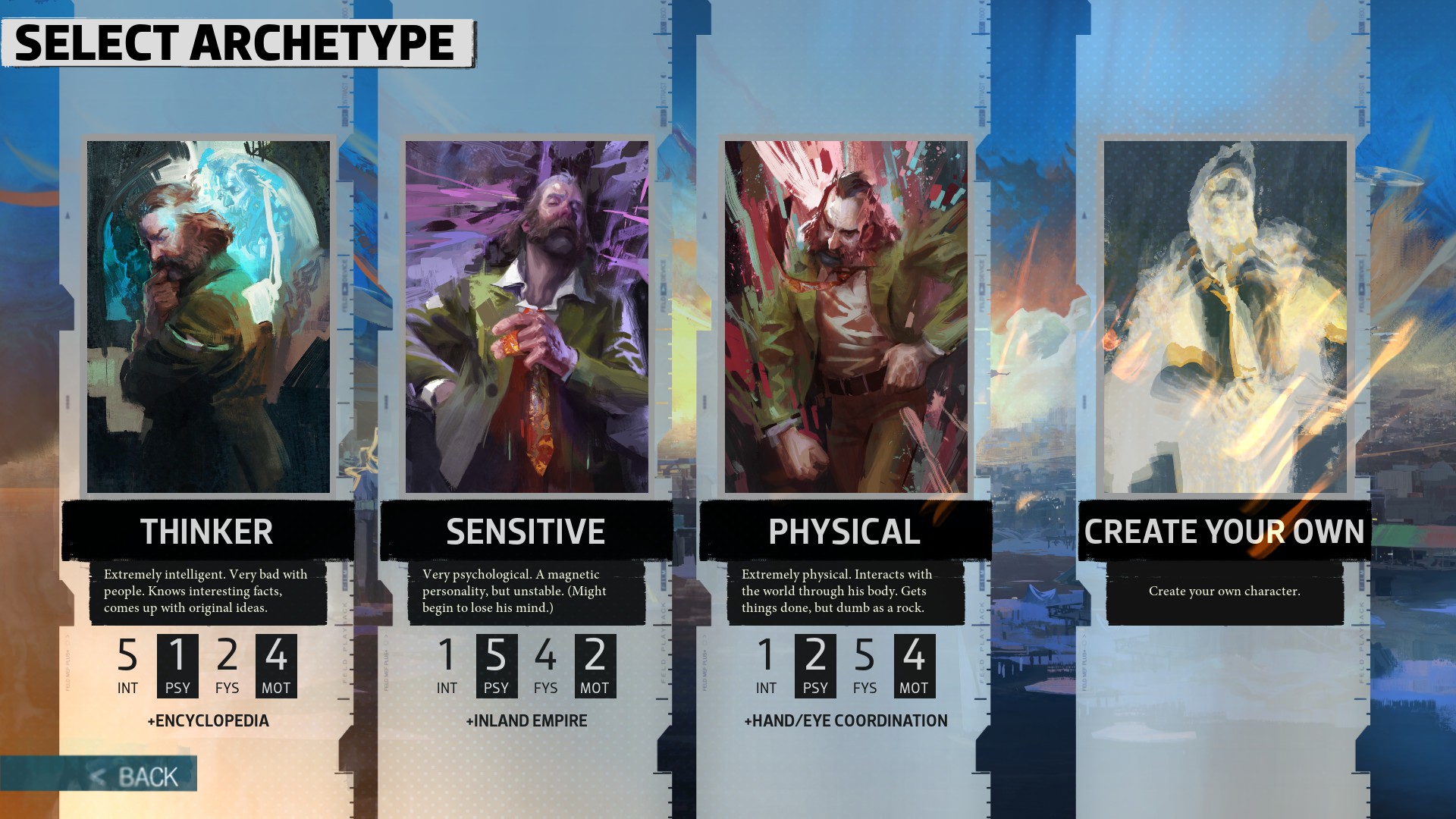 Or just go crazy with your own custom character! I mean, you'll BE crazy anyway, but at least this way it's your particular brand of crazy.

Did I mention the part where your skills and choices ripple out and constantly effect the game and story? And this story runs some 50-60 hours so... yeah, there's a lot of ripple there. Take this kid Cuno for instance. Trust me, you want to punch Cuno. *I* didn't punch Cuno, but I still WANT to punch him and now I can't and Cuno is King Asshole of the Asshole People. But now I just have to live with treating him like a kid.

Do you want the rebirth of communism that cleanses the world in fire? There's a mission for that. Want the free market to liberate the world from notions of equality? Yup, there's a mission. Want to prop up the status quo for some post-modern idea of eschewing standard humanity with generations of effort? Yeah, there's a mission there, but good luck actually accomplishing anything with it. Bully? Philosopher? Beggar? Monster? Saint? It's all there, and it all grows out from your decisions. Wanna be a nice cop, asking questions and helping people? Easy, do that that. Wanna be a brute who intimidates and bullies people into answering his questions? Go for it. Wanna get real high and figure out cases blasted out of your mind with ability-enhancing drugs? Not even a challenge. Do you like lots of magnesium? Smear it all over your body, man, nobody is stopping you. BE THE MAGNESIUM MAN.

Oh yeah, and your skills are constantly running checks during conversation, popping up to give you little useful pieces of insight or direction or just trying to outright bully you into some really stupid but entertaining actions. You also get active checks where you can take a chance on dice roll based on your skills; failure and success are both always options, although the ones with a 3% success rate maybe aren't a smart call. Sometimes it means you artfully execute a leap of at least several feet without injury, and sometimes it means you "escape" a conversation by literally running away from a conversation, launching into a flying backwards leap towards an old paralyzed lady in a wheelchair while firing off both middle fingers at an angry motel. No, this is not considered a success.

The art style is also pretty dang cool, if you're into that sort of thing. The game plays from an isometric perspective so it's not going to blow your graphical socks off, but it does a real nice job of really CONVINCING you of the grit and refuse you're sleazing through.

Currently, I have no fucking clue where the story of this game is going, but I'm dying to find out. I'm also shocked there isn't a thread on here about it, because this has every indication of being a properly amazing RPG coupled to some very unique art, world design, and writing.
Steam: Spawnbroker
Spawnbroker on October 2019