First, some backstory...
About a year ago, while my RP group was in the middle of Masks and Monster of the Week campaigns, a friend linked a massive list of Powered By The Apocalypse/PBTA hacks to the group Discord. Variations on Masks, Monster of the Week, Apocalypse World, etc. Scrolling through the dozens and dozens available, one in particular caught our attention: Nostalgia World. The summary advertised a game that invoked classic 80's movies and tv shows, as well as things they'd inspired. Goonies, Monster Squad, Lost Boys, Fright Night. Stranger Things.

So, I downloaded it. It was a bit rough, but what was there was interesting. I couldn't stop thinking about the possibilities. Soon enough I was committed to running a game. A campaign. Only, I had to finish writing the rules first. A core move was missing. Several mechanics didn't add up. We'd soon find out several others didn't actually work right in action. But, we kept moving forward, kept playing. Kept reworking, rewriting. By the end of the campaign, I had determined these '1.5' versions of the rules still weren't quite good enough. I needed to update everything one final time...


And then WoW Classic came out.


Several months later, stuck inside with even more free time on my hands, I dove back in to finish this project. And, since it seems like plenty of us are stuck inside with too much time on our hands, I thought it might be a good idea to share what I've got and invite more people to test drive Nostalgia World 2.0 with me. (Also about five minutes after I finished I noticed a bunch of improvements I could make, so now it's Nostalgia World 2.1 I guess.)


Here is Google Drive a link to the latest version of Nostalgia World.


So, first of all, I'd just love some more eyes on this thing. I've done the best I could to proofread and edit it, but I'm just one person. My original group of test players gave me feedback and helped a lot, but I've yet to run a game with this current set of improved rules. Spot a typo? Don't understand a rule? See an obvious, exploitable flaw or move combination? Just have a general suggestion for improvement, additional content like more moves or playbooks, etc.? Please, let me know! Post here, PM me, whatever! I'd really appreciate it!


Second, I'm looking to recruit a group (or two) to play a short campaign. Both to test the rules, and just to have some fun. I have 1-2 veteran players returning, and a few people I've played with before that haven't played this system yet. So, currently I'd like 2-4 players to fill out this group. But, if there's a lot of demand, I have no problem running a second game! We'll just have to see!

My current proposed schedule is Monday and/or Tuesday, 5pm Pacific, 7pm Central, 8pm Eastern. Right now the plan would be to intro the setting for this short campaign next week (3/30-31), introduce ourselves and go through character creation. Then run the first session the week after (4/6-7). If there's enough demand, I could host one game each night, Monday and Tuesday.

This will be played using voice over Discord, with a server I've set up just for these games. We'll be handling all the dice rolls and character sheets through Roll20.net so make sure you have an account set up there as well. Please post here and/or PM me and I'll send you a Discord invite in a PM. I'll be setting up the Roll20 game soon, and posting an invite for it on the Discord.


Here's a sample from the GM Guide: 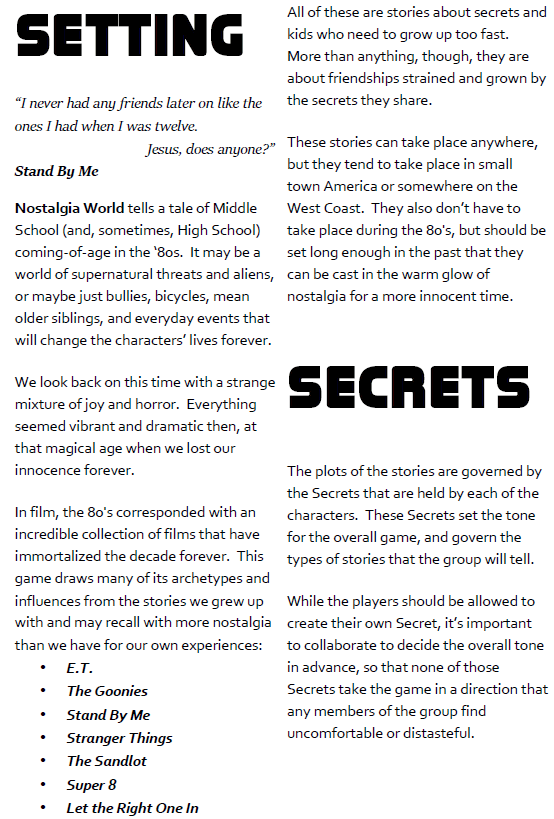 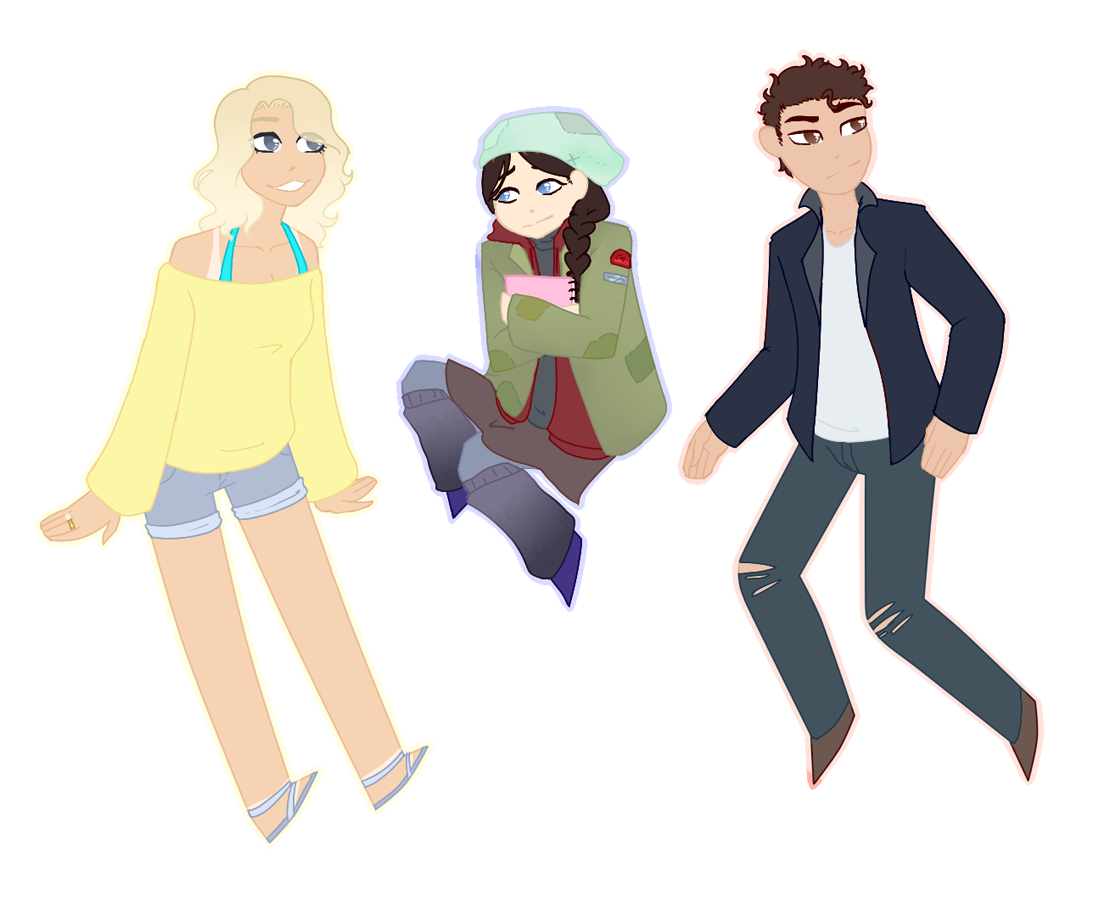