get busyModerator, ClubPA mod
April 4 in Debate and/or Discourse
Have you guys tried Knockout City? It's a 3v3 dodgeball game, and its open beta is happening right now (there's about a day left in the beta period). 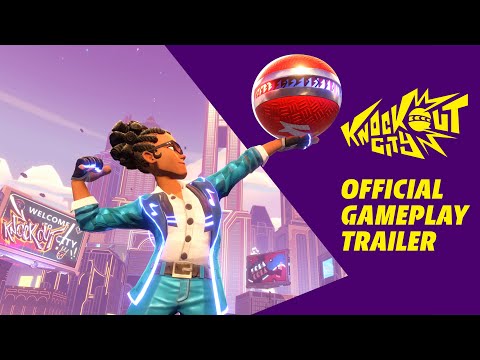 It's a multiplayer game where I bought in during the first match. It has some of the basic dodgeball rules, you score by hitting player, and you can catch the balls thrown at you. And from then on, we get the added video-gamey bits. The game takes place in large maps, the ball gains more speed every time it's caught, so you're rewarded for catching the ball but it gets increasingly harder to catch the ball until it hits someone (or someone dodges it). You can throw trick shots, like lop and curve balls that are harder to anticipate. The game has throw fake move to bait your opponents into attempting to catch early. You and your teammates can turn yourselves into balls, that can be thrown by teammates, and if you fully charge a teammate before they're thrown they act as a self-guided bomb-ball with area of effect potential - enemy players can also just throw you off the map, if you ball up next to them. There are also special balls, like a bomb-ball that starts ticking down from the second it's picked up. And putting all that together is a great amount of fun. I'm sure there's stuff I left out, and stuff I don't even know about. Try it!