Brave Corporate LogoChicago, ILRegistered User regular
August 2021 edited October 2021 in Games and Technology
The theme's already in your head, isn't it? Don't think about it, just ride the nostalgia. :cool: 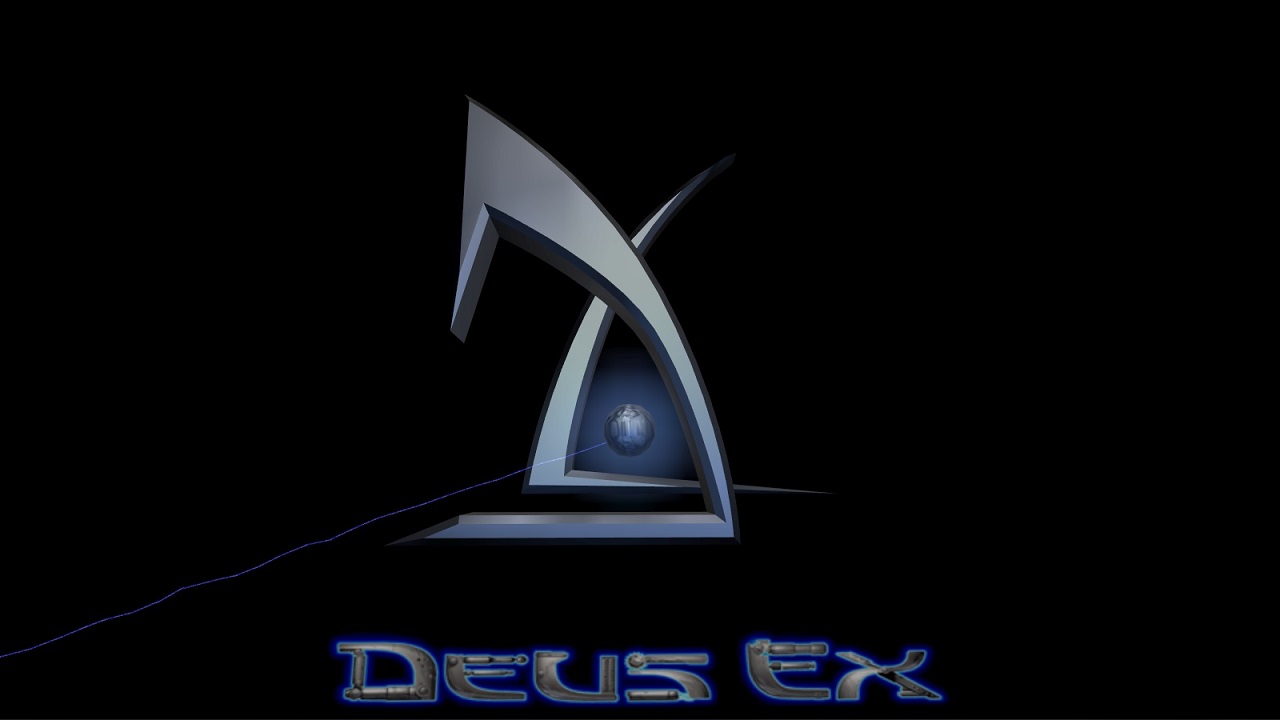 Hello and welcome, all! It's been quite a while since I've done a proper Let's Play thread. Been in the mood to revisit some old and not-quite-as-old titles and see how they hold up, and why not kick things off with a legend of turn-of-the-century PC gaming? Deus Ex has a well-earned reputation for being eternally topical on top of its overall solid design. It certainly has flaws, but stands apart from its peers in a lot of important ways, and was always much, much more than the sum of its parts. 'Reinstalling' might be a tired meme, but the safe money says some of most of you are thinking about it right now.

---
Stolls, you absolute dinosaur, we all know Deus Ex is Actually Jesus 2 - why the interest now?

Well, I've gotten into streaming on Twitch for funsies (link in signature) and I always enjoy digging deep under the hood and trying to figure out how a game ticks. But mostly I'm trying to get better with off-the-cuff commentary, especially doing so in live gameplay. It's long been a problem that I talk faster than I think, have trouble filling dead air, and constantly trip over my own tongue. Thus, unlike my Disco Elysium playthrough this is mostly unscripted, with some at-length discussion and only the occasional planned bit of monologuing.

As for Deus Ex, it's chosen because of how well-known it is; it's easier to discuss gameplay and story elements as they happen and lets me focus on word choice, pacing, and not making too big a fool of myself. Mind you, there will still be digressions, derailed trains of thought, and the overall poor memory of someone who has to look up his own phone number from time to time. But I like to think that's part of the challenge, and I figure if I can't get past my awkwardness, then I can at least make it something I can work with.

---
So will it just be you rambling incoherently about a game you already know well?

Not at all! I'll be using the GMDX mod, which I'm passingly familiar with but have never actually tried. It adds a variety of features that add up to a markedly different experience, from the ways your skills work to the detection rules for AI to how you navigate environments. Inventory by default doesn't pause the game now, sight lines are longer, medbots have limited charges, JC can mantle over walls and other objects... a full list of changes would fill an entire page unto itself. 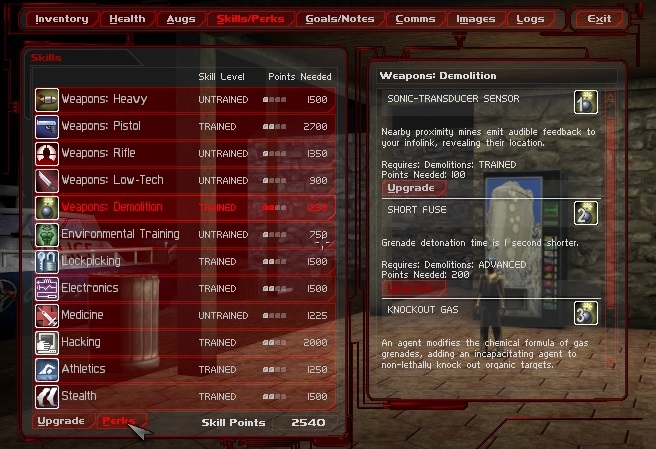 That sounds reasonably rad. Anything else?

Just for fun, I'll also be using On Site Procurement rules: all gear (excepting augmentation canisters) must be dumped before getting on any vehicle, no matter the context. Naturally, this complicates progression, as every map begins with a scramble for the first weapon I can find. JC often has to run into an active firefight between opposing factions to grab a firearm, and skill points have to be balanced based on what I'm likely to find in-mission. In lieu of lockpicks, crates of TNT become as valuable as aug upgrade canisters. It's a mess, to be sure, but an entertaining mess.

Lastly, it's not an ironman run but I'll be doing my best to avoid savescumming where feasible. If it proves necessary or at least amusing to drag my bleeding torso to the nearest medbot, I shall do so - in fact, I've done exactly that already in Hell's Kitchen. 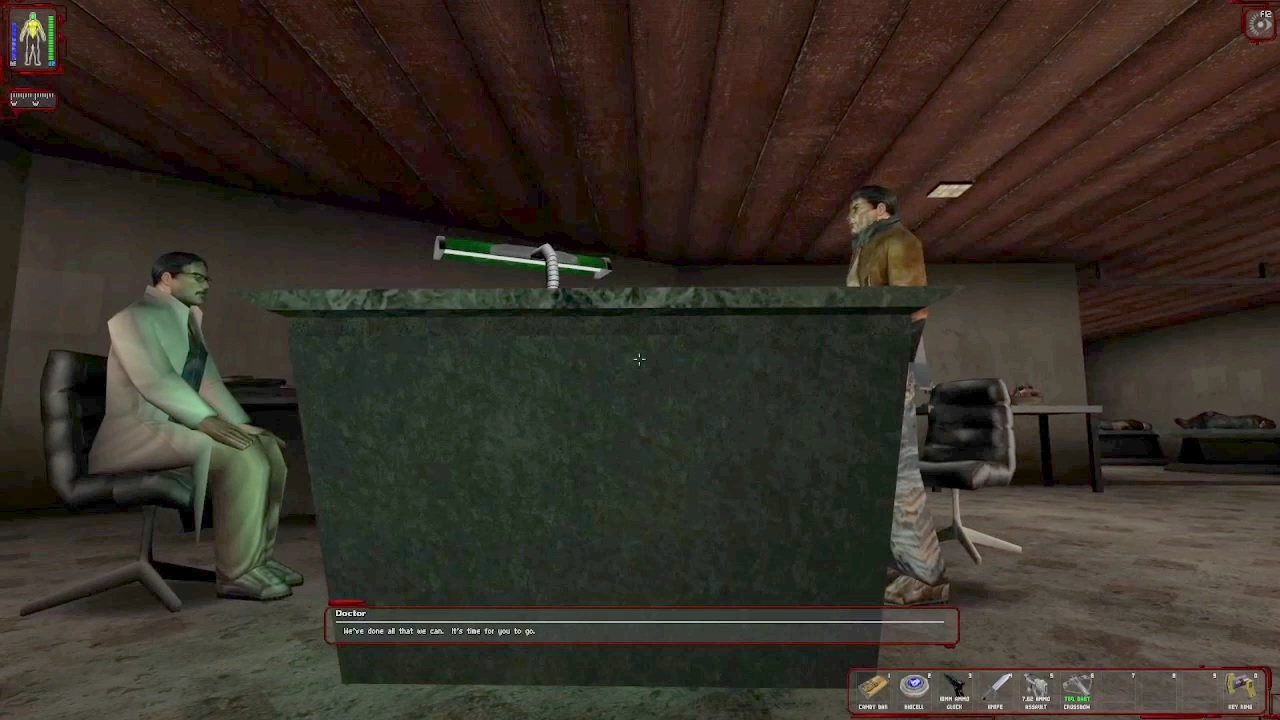 In my head I was hearing "Chariots of Fire" the whole time.

---
Can you convince me in five seconds whether a quirky longplay of a 21 year old game by some awkward doofus who's almost 40 is worth watching?

Well, that's a tall and weirdly specific order, but here's something from the first video: 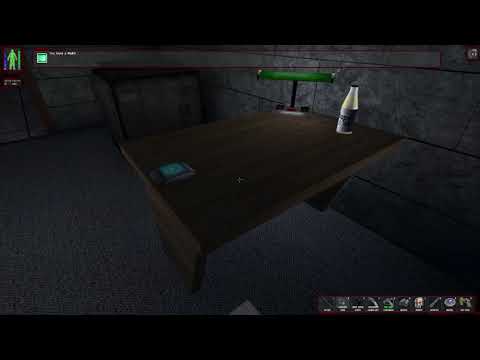 Things only get better from there, though the definition of 'better' is an exercise I leave up to the viewer. Fair warning that I make a lot of awful puns and attempts at action movie quips, often getting killed doing so; my Dishonored playthrough got close to a 3:1 pun-death ratio (94 to 33). There is also viewer commentary, which, like me, ventures into curious digressions, pet peeves, and gacha habits like the filthy, filthy addict I am. Still, I do my best to keep things focused on the on-screen disaster - usually through dad jokes delivered by a man who'll be mentally fifteen to the bitter end.

It's a project, to be sure. I'm currently playing in about 3-4 hour chunks on Saturday, cleaning up the footage over the following week: tallying up deaths and puns, fact-checking myself, trimming some backtracking and more rambly bits, and so on. After three nights so far I'm at the last mission before you leave New York for the first time, itself about 1/4 of the way through the game, so I'll be doing this for a while. The main playlist will always be available here, and I'll update the OP along with a separate for each night.

So! If all that sounds enjoyable, or at least tolerable, come with me and let's see if an old game still has something to teach us in 2021! Grab your trenchcoats and sunglasses, and remember your three C's of fighting conspiracies: