One Year In, We are Still Playing [Genshin Impact] 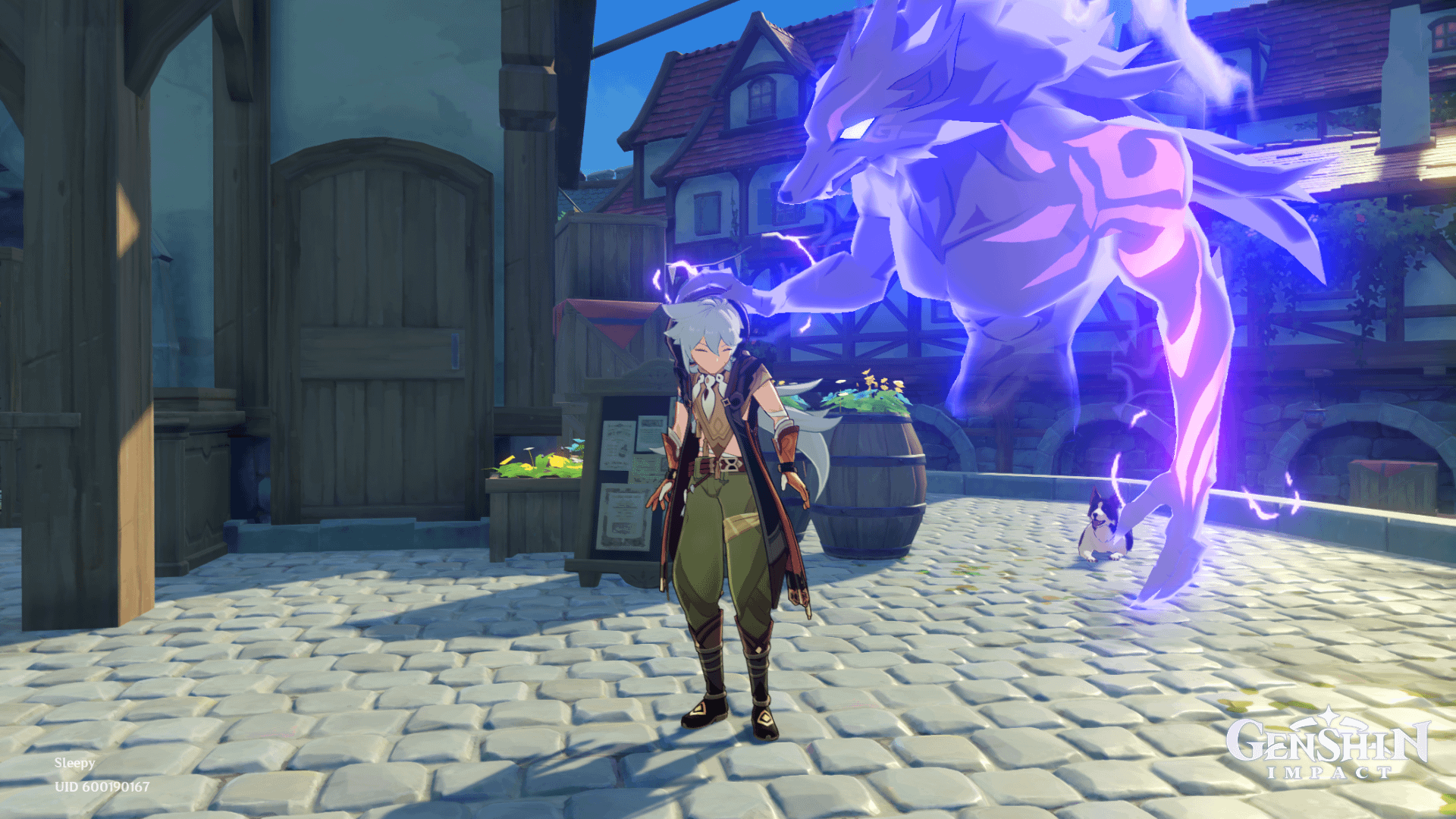 
What is Genshin Impact?
A F2P open world action RPG gacha game that basically rips its exploration straight from Breath of the Wild, it's developed by miHoYo

But what IS Genshin Impact?
GI is kind of a weird game when it comes to gachas, clearly meant to appeal to a larger console audience as well as mobile gamers. If you are a fan of the large open world and style of Breath of the Wild you'll probably feel right at home. There's climbing, swimming, gliding, and you'll absolutely run out of stamina at the worst time and die because of it. There's puzzles to discover and chests to open literally everywhere. There's dungeons and world bosses and the action combat is extremely smooth with unique abilities for each character along with a fairly involved elemental combo system. Seriously, look at this chart: 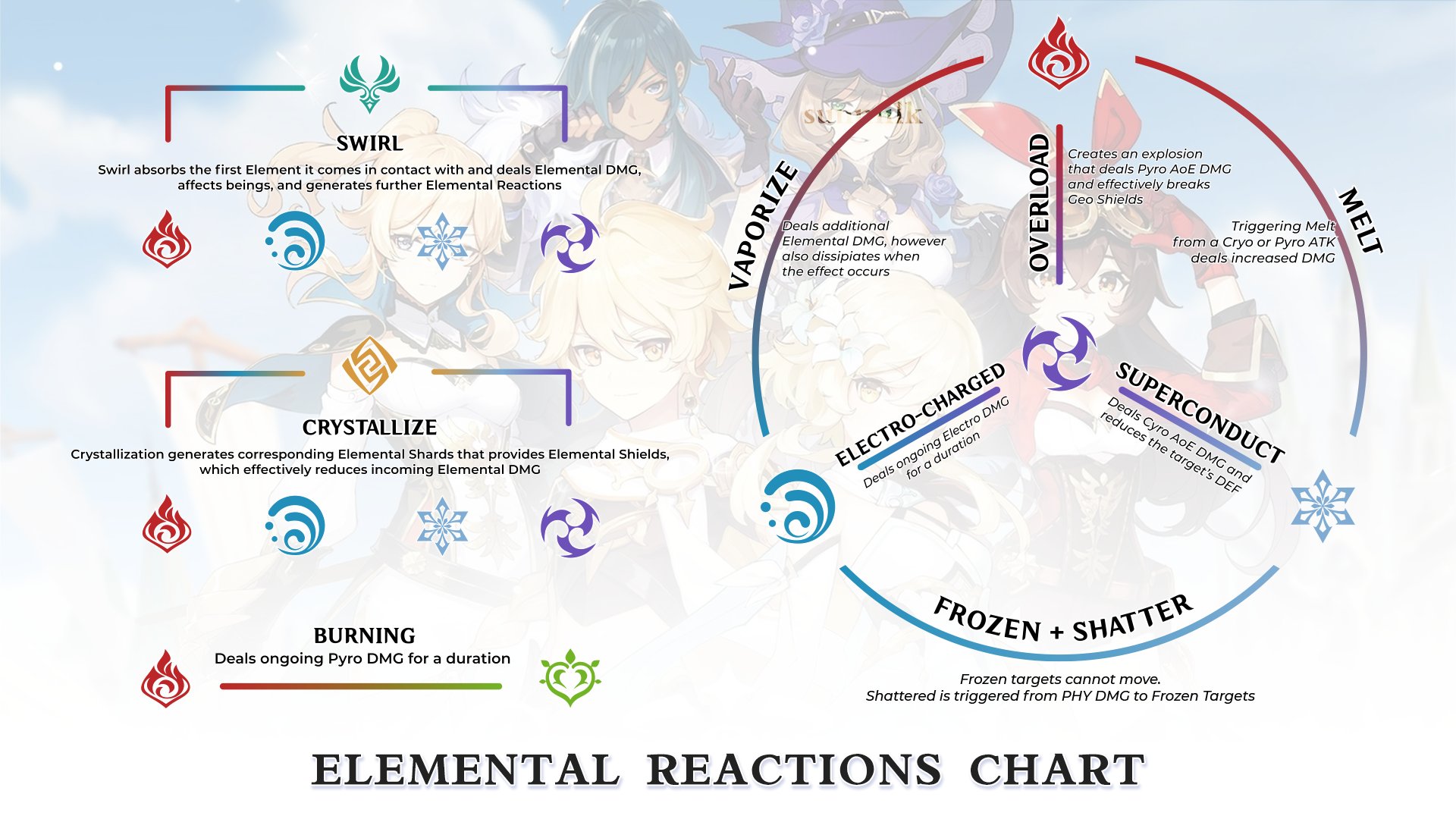 Systems
Cross Save: PC, IOS, Android. PS4 does not currently allow cross-save to my knowledge
Cross Play: Yes, all players can play with each other. 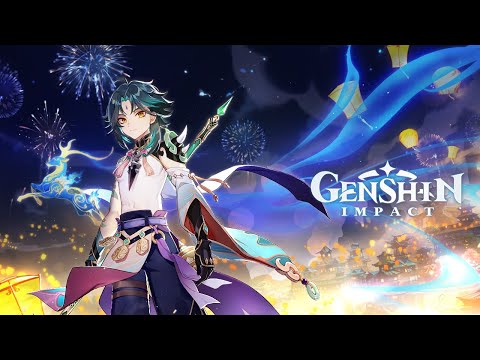 Getting Started with Genshin

Now that we're 4 months into the launch of the game, it can feel pretty intimidating to get started! Before we get to quick tips, the most important thing - This game plays like Breath of the Wild, and you can engage with exploration/story quests without ever engaging with the gacha elements. None of the content is hard enough to force you to spend money to roll on any characters. Getting new characters is fun, and some of the end game content requires stringent party lineup, but this is not a game about paying to win. Most of the community here is F2P or very light levels of investment.

Characters
- Character Rarity: Characters come in two different flavors - 4* and 5*. The gap between 4* and 5* characters is sometimes not that wide, so don't let it color your preconceived notions of who is good or bad.
- Character Levels: Characters level up just like in any rpg, and gain some stats when they do. In general, you are going to use EXP books to level characters
- Character Ascension: Certain aspects of a character are gated behind Ascensions, which are triggered at certain level blocks (20, 40, 50, etc.). You need three different "types" of materials to ascend a character. Elemental Stones, Enemy Drops, and Farmable Ingredients. You also get free draws for ascending characters.
- Character Talents: Finally, characters can enhance their attack, skill, and boost by upgrading their Talents. Characters always have three upgradable talents, and they all use Talent Books and Enemy Drops as materials.

Weapons
- Weapon Rarity: Weapons can be 3,4, or 5*. In general, 4 and 5 star weapons can only be gotten by rolling wishes. There are 4 star craftable weapons but the materials to craft these weapons are rare
- Weapon Levels: Weapons are levelled up using Enhancement Gems.
- Weapon Ascension: Weapons can ascend just like characters, at the same level caps as characters.
- Weapon Refinement: Weapons can "eat" the same type of weapon to increase their secondary ability. This can be done up to five times.


Artifacts
- Artifact levels: Artifacts can "eat" any other artifact to gain levels and therefore more of its given stat. Every 4 levels, the artifact will generate a new "substat" up to four of them, and after that will level up those substats randomly.


World Level/Adventure Rank
Your Adventure Rank is the overall sum of experience in the world. You level this up with quests and exploration. Once your AR hits certain ranks, it will raise your World Level, which alters the difficulty of mobs in the world, the levels of domains you can tackle, and engagement with certain systems (like co-op)

Resin
This is the energy system in the game. You use Resin to complete World Bosses, Domains, and Ley Lines. Resin generates at 1 per every 8 minutes. The Resin cap is 160.
- Fragile Resin: This is an item that will immediately give you 60 Resin. These are currently rare and un-farmable. I recommend not using these at all until your World Level is 6 or higher
- Condensed Resin: Cram 40 Resin into a fairy and turn it into a consumable item that doubles your reward for Domains. Incredibly useful and time saving. You can only hold 3

Exploration Help
There are two key items you'll find while exploring Tevyat: Anemoculous and Geoculus. There are a lot of them, and they are used to level up your stamina. I recommend using this interactive map to mark them off when you find them: https://genshin-impact-map.appsample.com/#/

Primogems, Fates, and their usage
There are two currencies for making wishes (rolling the Gacha) in the game - Acquaint Fates and Intertwined Fates. Acquaint Fates, the blue ones, only work on the permanent banner. The permanent banner has a set number of 5* characters (Jean, QiQi, Diluc, Mona, Keqing) and almost all of the 4* characters currently in the game, as well as a selection of weapons. Intertwined Fates are pink/blue and are used on the Rotating Character and the Rotating Weapon banners. Primogems are the "free" currency that you get for doing certain things in the game. The exchange rate for Primogems to Fates is 160 - 1. Meaning a ten draw costs 1,600 Gems. It is my opinion that you should never be using Primogems to buy Acquaint Fates. You get these naturally through other means and it is simply not a good financial investment to put your gems towards anything other than a character banner that you are interested in. Weapon Banners should also be avoided for F2P players. That is Whale Territory.

Pity
GI has a pity system on its draws. Every Ten Draws on a specific banner guarantees a 4* item or character. Every Ninety Draws guarantees a 5* item or character. In regards to the rotating banners, this count is agnostic and carries across new banners. For instance, if you draw on a character banner 50 times and do not get the featured 5*, on the next banner you are guaranteed to get a 5* drop in at least 40 draws. Additionally, there is a secondary pity system for getting what you actually want. After 90 (80 in the weapon banner) draws, you have a 50% chance of getting the featured character. If you do not, in your next pity draw you will have a 100% chance to get the featured character. This is also carried across banners.

Quick Tips for new players
- Artifacts are more important than the game leads you to believe. Artifact set bonuses and stat gains are critical to a character being viable, even early on in the game. I use this google sheet for help with what artifacts are useful and what stats a character should be aiming for
- Once you get a team you like, you can use this calculator for numbers research https://genshinimpactcalculator.com/genshinCalc
- The "Cup" slot Artifacts can roll a "boost specific element damage" main stat. This is incredibly important to almost every character's build. Do not throw away any (4 or 5*) cups that have an elemental or physical damage boost. You never know when a character would like one.
- Leveling your character is not as important as Ascending your character. Ascension is the gate for leveling up talents and getting your character's unique stat growth boosted. The max level is 90, but in general, most characters should not be levelled past 80, and some support characters do not need to be levelled past 60/70.
- Co-op can make Domains easier and is a very painless process. If you're having trouble with a domain, click the match button and you should pretty instantly get into a 4 person party.
- The Monthly Shop will showcase 2 characters you can "buy" each month. The currency used for these characters is generated by wishing, and it's possible to get enough to buy at least one from the free pulls you can generate.

Redeeming Codes
You can redeem codes on the official website here: https://genshin.mihoyo.com/en/gift
I use this resource for checking what new codes there are: https://www.pockettactics.com/genshin-impact/codes

WE ARE FRIENDS (UID Codes)