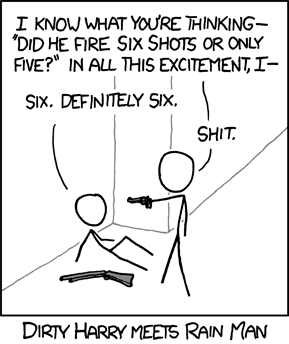 Registered User
March 2010 edited March 2010 in MMO Extravaganza
Ok, so I played WoW for years (lvl. 80 rogue on Deathwing) but then one day, my prepaid time ran out and...I just felt no urge to resubscribe. I didn't ragequit like some of my friends, and I had the money to buy more game time, I just didn't renew when my game time expired, and I haven't looked back. I felt like I got to the point where I didn't CARE how good I was as a rogue, I mean I was topping the damage meters hands down in most situations (NOT just Onyxia Whelp FoK spams) and I was constantly getting new gear, but it was all the SAME. Endgame was no longer cool. It was like my rogue's power had snowballed down a mountain, and now the snowball had so much momentum, it could practically play the game by itself...Mutilate to 4 combo points, envenom, repeat, keep SnD up, etc... (By the way, does anyone think it's odd that the most DPS-efficient strategy for rogues is not very "rogue-ish?")

Anyway, I want to get into a new MMO, one where the leveling up process hasn't been nerfed to hell, and has okay endgame content (WoW's original endgame content started out on shaky ground, but it was FUN). Also, I need to convince my RL friends to play it. One of them is a jaded ex-masochist (*ahem*, enhancement shaman) that quit because he couldn't stand playing anymore, and one of them would LOVE to play an MMO, but is a cheapass that doesn't want to pay a subscription (plays Guild Wars), but could probably be convinced to pay if push came to shove.

«123»
This discussion has been closed.
Penny Arcade Forums › Games and Technology › MMO Extravaganza
Powered by Vanilla