“Punch them up on the main screen.”

The massive display at the front of the bridge flickered to life. A trio of mauled, burning, boxy old hulks were limping away – no doubt trying to reach the Mars jump node before they were cut off and mopped-up.

“Hardly a surprise. Just start a general broadcast on all frequencies; I'd like to be as sporting about this as possible.”

“Venusian battleship formation, this is Admiral Patrick Hall of Earth Defense Fleet 3. We've got those beat-up old heaps of your outgunned, you can't outrun us and we've got orders to either take you into custody or turn you into a cloud of glowing fragments. Keep your weapons powered down and turn your ships around - we'll escort you back to Earth.”

The Venusian ships began to turn.

“I'm getting energy spikes... and I can definitely hear their torpedo tubes getting pressurized. Looks like they want to fight it out, admiral.”

Hall just shook his head. What a waste.

“All hands to battle stations.”


The Earth-Venusian war is finally drawing to a close after 3 years. Facing increasing scarcity of viable agricultural soil and an exploding population, the Earth government mandated strict restrictions over individual reproductive rights. After fierce debate, the ruling government of the Sol republic passed a compact wholly outlawing intercourse, including protected recreational intercourse. All human reproduction was to be done through registered cloning contractors (with subsidies provided for low income couples who wanted to clone themselves a family).

An insurrection sparked almost immediately on Venus, ending with the Earth government representatives overthrown and executed. The planet seceded and vowed to fight for independence from the republic, which the rebels characterized as as having become a bloated corpse used as a puppet by biotechnology special interests.

The Earth star navy outnumbered what what few ships the Venusian rebels managed to capture 20:1; the battle for space superiority over Venus was finished in under a week, with most rebel ships scattering throughout the solar system and making hit and run guerrilla attacks to negligible effect throughout the rest of the conflict. Pacifying the planet itself proved the most costly and time consuming part of the effort, with sabotage and turncoats slowly whittling away at the resources of Earth's space worthy military assets. A puppet token president for the planet was eventually installed as the rebels were attritioned into oblivion.

Now it's just a matter of hunting down the last of the rebel ships and putting them down before they can do any last minute acts of terrorism or, worse, convert more people to their cause. To that end, the Earth star navy has been divided into dozens of hunter-killer 'Defense Fleets', scouring the Sol system and mopping-up any hostile ships they find.


The village in this phalla comprises the officers of Earth Defense Fleet Number 3 – a five ship strong battle group led by Admiral Patrick Hall. Players will be randomly stationed on either:


The ESN Piett, a battleship 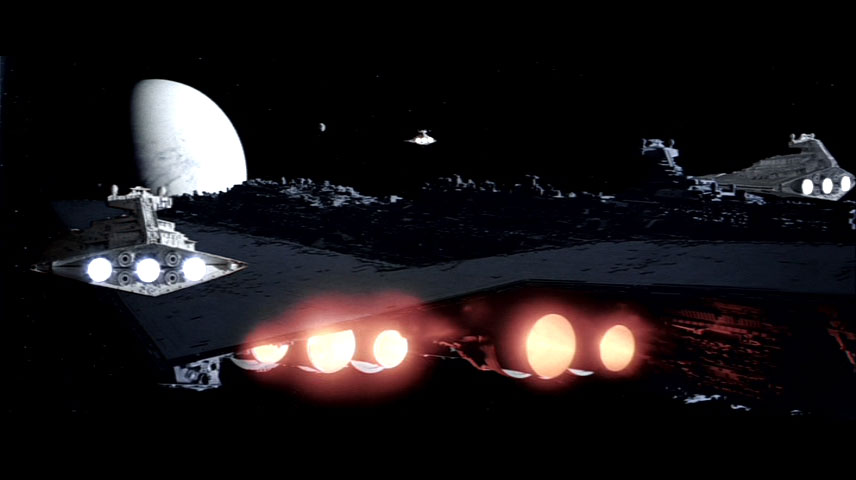 The ESN Cain, a carrier

The ESN Khan, a destroyer

The ESN Chief, a cruiser

The ESN Williams, a support frigate

The goal of the village is to eliminate three heavily beat-up Venusian battleships:

...Which will be controlled by me, and target player ships at random (so nobody will get focus-fire'd to death). The complication is that there are Venusian sympathizers among the officers in the fleet, whom will be attempting to sabotage the effort and ultimately destroy all five ships. At least one sympathizer will be present on each vessel (players will be evenly spread between the different ships, so there will be a total of six officers on each).

Each player's ship location will be public knowledge – their alignment (obviously) & powers will be private. You can tell people what powers you have, of course, but please do not send the role PM you get from me to anyone else or directly quote from it.

The mafia does not have the standard ability to simply axe one villager each night, either.


The players may also want to make use of the Encyclopedia Galactica, a computer database that can provide some valuable intelligence / game hints. The captain of each ship may request one piece of intelligence from the database each day – so the crew of each ship might want to discuss what they want the captain to ask the computer (stupid questions, like, “WHO IS MAFIA?” will not return valuable information. Try to ask flavorful, specific questions).

I will try to prompt you guys once per day with some fluff info from the Encyclopedia Galactica in case you're stumped with what you might want to ask.


For the actual ship battling mechanics, we'll be using the d20 system. When you go to do stuff, you'll roll a d20, add a modifier to it and compare it against a target number. If you beat the number, you succeed. Use Orokos or Invisible Castle to do your rolling.


We'll need 30 players for this game. Vote close will be 9:00 P.M. MST, orders must be in by 7:00 P.M. MST (hopefully that works better than the last close time I used), and I'll make sure the game doesn't start this time until we can get a full 24 hours of time out of the first day.

Everyone will get a role PM before the game starts.

Main Cannons: 1d8 damage to up to two targets

Flak Batteries: 1d6 damage to up to four targets

Quads Lasers: 1d6 damage to up to four targets.

Each ship will have a distance relative to every other ship - Medium range, long range or point-blank range. The helmsman on each ship can attempt to close distance, maintain distance or separate distance with any one target ship each day; successfully maintaining distance will mean that the other ship will not be able to close distance or separate distance, while successfully closing and maintaining distance will bring the ships closer or further away respectively. Ships attempting to maneuver on each other will be making opposed rolls; the helmsman who made the highest roll will have their maneuver count while the loser's is discarded.

A ship's primary weapons can only fire on another ship if the target ship is at medium range, it can fire it's torpedoes at a ship at long or medium range and it can only use point-defense weapons at point-blank range.

Ships have effectively unlimited stores of torpedoes, but they need to be loaded in order to fire. The numbers in brackets next to each torpedo entry denotes how many torpedoes at maximum that the ship can have loaded at one time (the first number), are loaded (the second number) and how many are ready to fire (the third number). Any torpedo that is loaded will need a day before it's ready to fire.

Each ship will have an Armor Class - tactical officers need to roll higher than this number in order for their weapon hits to be effectual and inflict damage. If a ship is hit by a weapon, it's shields absorb the first 5 points of damage (if the shields are still have the energy) and then rest is applied to the ship's hit points. Once a ship is out of hit points, it explodes - all it's crew are killed.

If a ship's shields are brought to zero, they'll need one day before they can be charged-up again.

Ships also have a pool of Emergency Repair points that can be spent by engineers to restore lost hit points; each will repair 2d8 + the engineer's modifier worth of damage.

Enemy marines may attempt to board your ships. Engineers may attempt to eliminate any boarders; each boarder has an Armor Class of 14. If the engineer rolls over this total, the boarder is eliminated.

Any boarders that aren't eliminated by engineers will attempt to incapacitate crew members at random. All normal crewmen have an Armor Class of 16; if the boarder attacks you and rolls over this number, you'll be laid-out in sickbay. If you're in sick bay, the only thing you can do each day is attempt to recover from your injuries - roll a d20, and when/if you roll over 10, you'll be recovered and ready to go for the next day.


The Three Venusian Battleships are the Phallia, The Labius and the Mammaridian. I'll use visual & narrative cues to give players an idea of how much damage they've inflicted on the ships.