Help Me Identify This Spider-Villain

ALL HAIL KING KILLMONGERRegistered User regular
February 2012 edited February 2012 in Graphic Violence
Today I was back at my parent's house, and through a turn of events I happened to be back in my old room, where in the back of the closet, an ancient set of cubby holes quietly reside. While sorting through old things, not much of it mine any longer I spotted some clipped out comic frames that I, as a six or seven year old, meticulously cut from their original story and expertly applied to the back of the lowest cubby hole with ugly scotch tape. I have carefully cut them free, as these are nearly a quarter-century old, and are also awesome.

Spoilered for Larger Than Expected, Seriously, These Are Kind of Mad Huge: 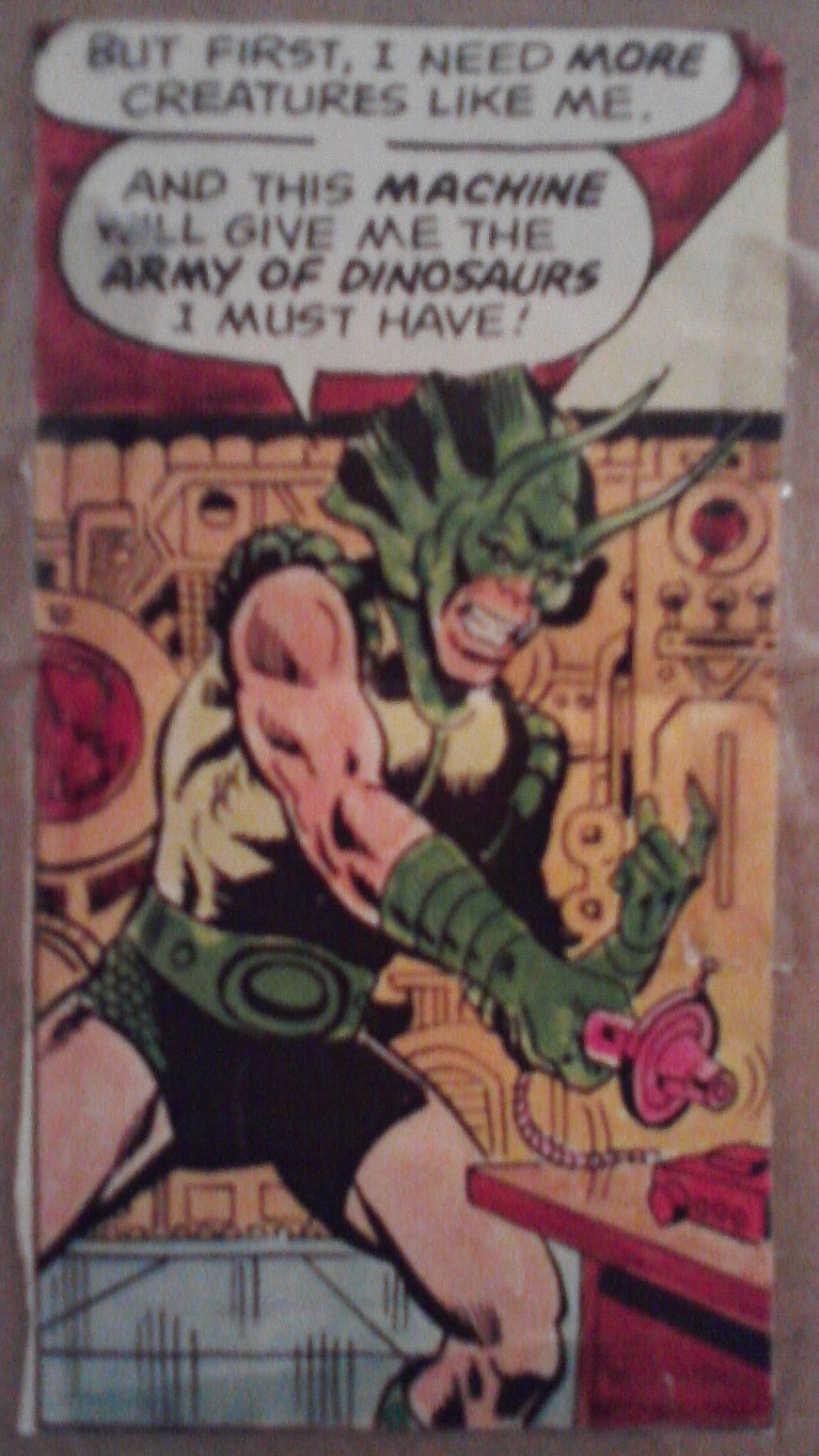 Mind you, I was SIX. I doubt I was reading these (they were probably too wordy for me at the time), and I didn't give a toss about Spider-Man at the time, but, holy shit, a Dinosaur Man! Who turns boring people into awesome dinosaurs! I was really into my dinosaurs, like any self-respecting midwestern child of the 80's who cared not for sports nor the company of his fellows. There is a deep irony in how appropriate this villain really was for me, and I didn't even care to read it because DINOSAURS. 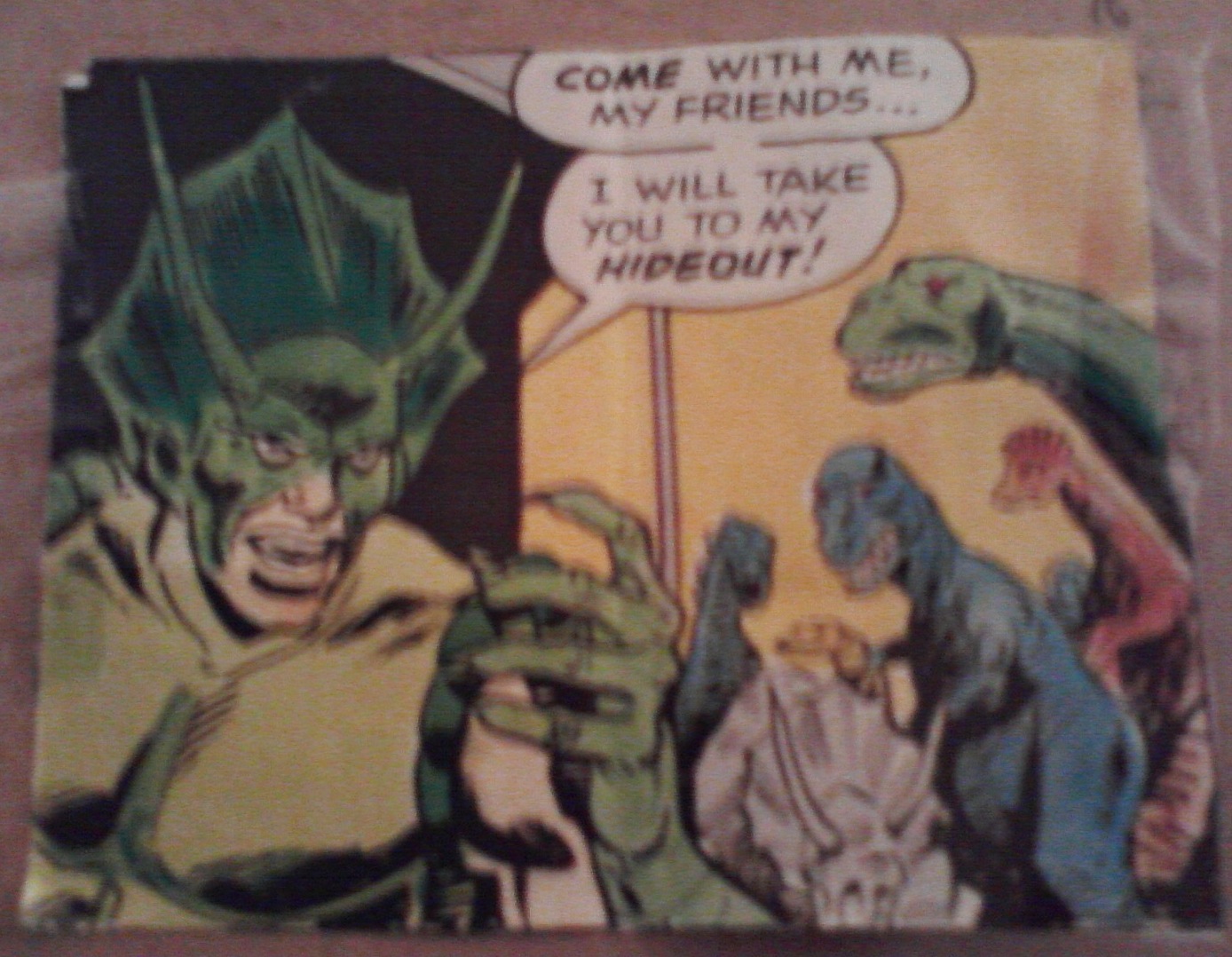 Awesome. But who was my dino-villain?

First off, this was not out of an actual comic book. I know that much. Very likely this was a two or three page Spider-Man backup that appeared in Ranger Rick magazine or possibly Boy's Life, although I haven't been able to prove that either magazine ever carried Spider-Man as a feature. I've done some research, and although Spider-Man has had many, many animal-themed villains, some of them atrocious and likely one-note characters never seen until the Matt Fraction Stilt Man's Wake issue, I cannot find this fine fellow among them. I have found one called Stegron, but, aside from being Stegosaurus-themed and so obviously not this Triceratops-themed fellow, Stegron also seems to be some kind of dinosaurian version of The Lizard, if that, whereas here we're totally dealing with some kind of magnificent Jack Kirby knock-off that was seriously channeling some He-Man grade chutzpah at the same time. 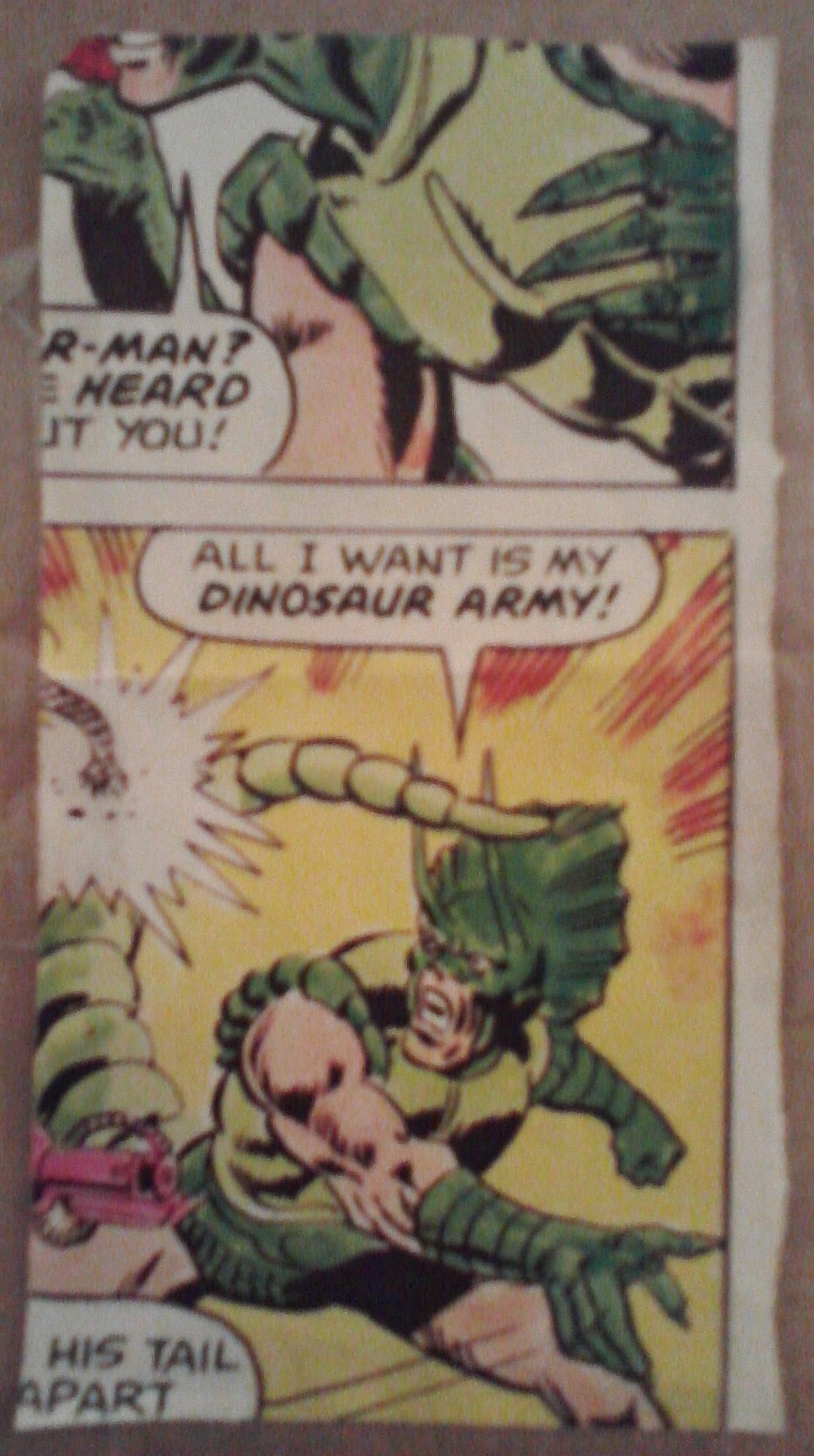 For a villain his aims seemed pretty simple. He just wants an army of dinosaurs. He's not out to do anything wrong, Spidey. Why can't you let him, you know, change Mary Jane into an Apatosaurus and be done with it? Plus, a little snark in that upper partial panel. I'm pretty sure the dinovillain is saying 'Spider-Man? We've heard about you!" As though Spider-Man was still a low-grade schlub, and even this unknown dinoguy can look down upon him to show up for spoiling his dino-fun. 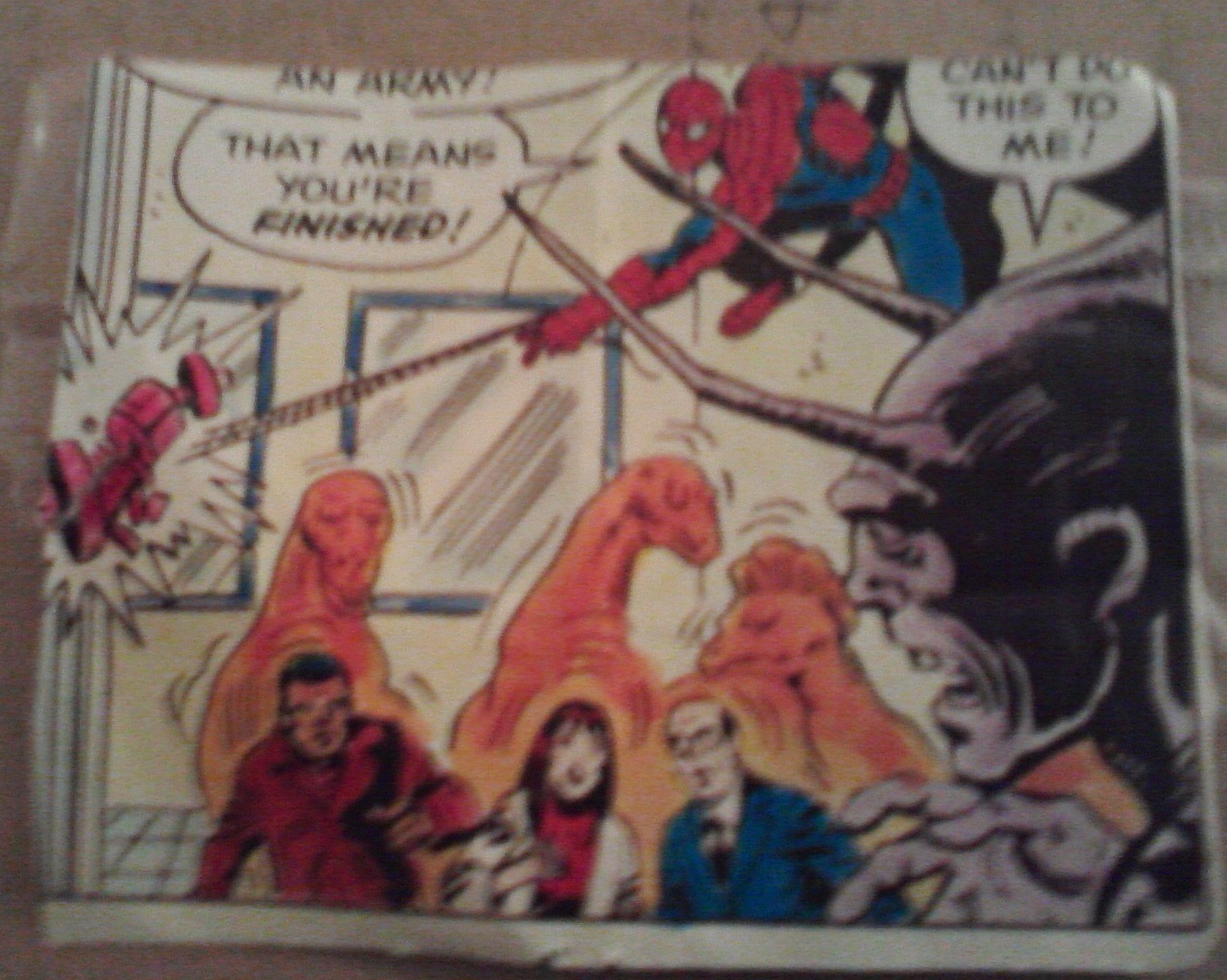 So. Anyone got any clues? This is childhood gold for me, and, there's a very strong likelihood that this fellow may have lived and died on these three pages, never to appear again. Granted, his shtick didn't have a whole lot of mileage, but dinofication of the unwilling should've been a fun to trot out every once in a while, especially if he could've played off of one of the other mad science characters always intent on bothering Spider-Man. I am almost certain he was a scientist on the side.

I suppose it would be hard to disprove any suggestions, but, if you have an idea who this fine fellow was, I am all ears.
Linespider5 on February 2012
0