Dropzone Commander is a 10mm miniature wargame based in a future era where mankind is trying to re-take their civilization from scary aliens. Developed by Hawk Wargames, it presents a lot of interesting features for a modern tabletop game:
RACES United Colonies of Mankind (UCM) - Forged in desperation, united by adversity and resurgent in power, the UCM exists for a single purpose - to wrest mankind's lost strongholds from the clutches of the Scourge. A collection of diverse and remote frontier worlds, the UCM is a restless cultural melting pot, bubbling with a righteous desire for vengeance. The Scourge - The Scourge are foul, neuro-parasitic lifeforms which can utterly dominate an unfortunate host, bending its life to its will. They thrive on the conquest and absorption of other races, their very mode of existence as potent a threat as their formidable battlefield technology. They are the galaxy's ultimate predators. The Post-Human Republic (PHR) - A tiny portion of humanity turned its back on mankind in the waning days of the last Golden Age. Over one and a half centuries later, the PHR has emerged from the shadows as an unrecognisable civilisation, its people irrevocably changed. They are no longer simple human beings, they are post-humans - cyborgs. The Shaltari - The Shaltari are an ancient and highly developed species. Their technology is advanced to a level of sophistication rivalled only by its potency. They have traversed the stars for millennia, learned myriad truths, and have fought countless wars. Through their knowledge, the Shaltari transcend even death itself, and can endure indefinitely, perceiving the ebb and flow of time like no other race.

Resistance - The Resistance is a complex, characterful and disparate assortment of human survivors on the Cradle Worlds and Earth itself, currently occupied by the dreaded alien Scourge. The very existence of the Resistance has shaped UCM military planning for its Reconquest, which became a war of liberation rather than simply a war of revenge as soon as they were discovered. Indeed, the Resistance alone are responsible for a reconquest being possible at all, as they were able to activate and maintain foldspace nodes on all but one of the Cradle Worlds, allowing UCM invasion fleets to jump to their locations accurately. Theirs is a tale of loss, grit and determination to survive in the face of insurmountable odds.

How to Start: How Much Will This Shit Cost Me? 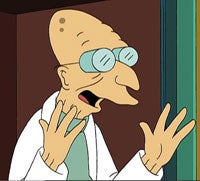 There's now a 2 player starter set and, boy is it a doozy! It retails for around 75-90 USD and gets you literally all you need to play! All you need to supply is a 33" x 48" flat surface! It contains:
Seriously, this is a really good deal.

But even better than that! Hawk Wargames had just/is in the process of releasing all their starter armies (save for Resistance) in plastic so while the resin boxes ran about 105USD, the plastics will contain the same models for a paltry 55USD. But Miniature Market is currently selling them for $24.20 which is fucking crazy

You can double up for less than the retail cost of a single starter army.

They also now sell entire 4'x6' gaming boards with terrain for $45.
Or you could just print them out and make your own.

Okay I'm Sufficiently Aroused. How Does It Play?