The [chat] Who Circumnavigated Fairyland the Fairyland books by Catherynne M. Valente are illustrated by the charming and talented Ana Juan. Please enjoy their whimsical, evocative styling. 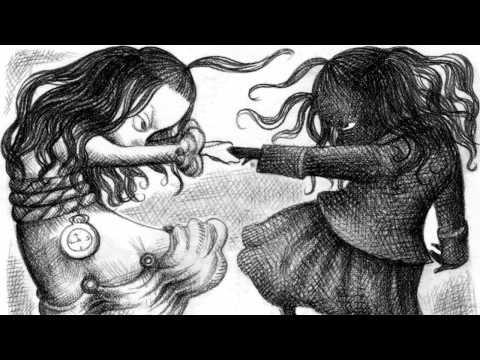 The books (four, currently, plus some supplemental materials) follow the adventures of September Morning Bell, a girl of a bygone era, who is whisked away to a world which, while not unlike Oz or Narnia, is maybe more fraught with peril and strangeness. Velocipede stampede! A Marid named Saturday! A Wyverary (A through L!)