This Thread Will Go Down in [History]

Here we may reign secure, and in my choice,To reign is worth ambition though in HellRegistered User regular
March 2016 in Social Entropy++
It has recently come to my attention that I don't have a place to post all the weird history things that I accumulate during my average day. I know we got some big history nerds hanging around here (looking at you @Solar and @Lost Salient) and I am always trying to learn new things, which is a lot harder than it sounds.

I'll start us off, with The Glory of Rome

That video provides a pretty good breakdown, at least of the theory, of the makeup of the Roman army in the late republic and early empire periods.

Once you were in that army (as a legionary, let's say) you would be expected to serve for 16-25 years (the exact required timing depends on the year - Augustus formalized it to 16 years, but that got continually pushed out as time went on). After that time was up, you were expected to serve in an additional capacity as well, as a member of the vexillum veteranorum for another 4 years. And of course, if there was a war going on, you might not want to count on getting out in time.

And while I'm at it, here's another thing about ancient Rome (I really love Rome, okay). The city this time, rather than the empire. This video is one of my favorite things - it's a computer simulation of, essentially, what the city of Rome might have actually looked like in 320 AD. 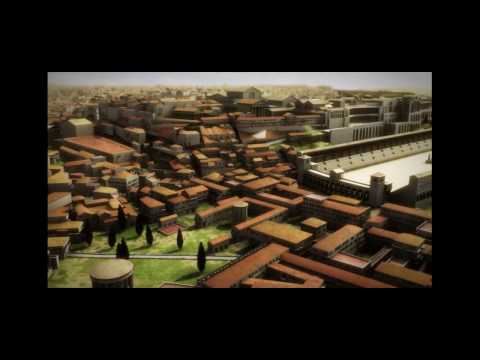 «1234567…101»
This discussion has been closed.
Penny Arcade Forums› Social Entropy++
Powered by Vanilla