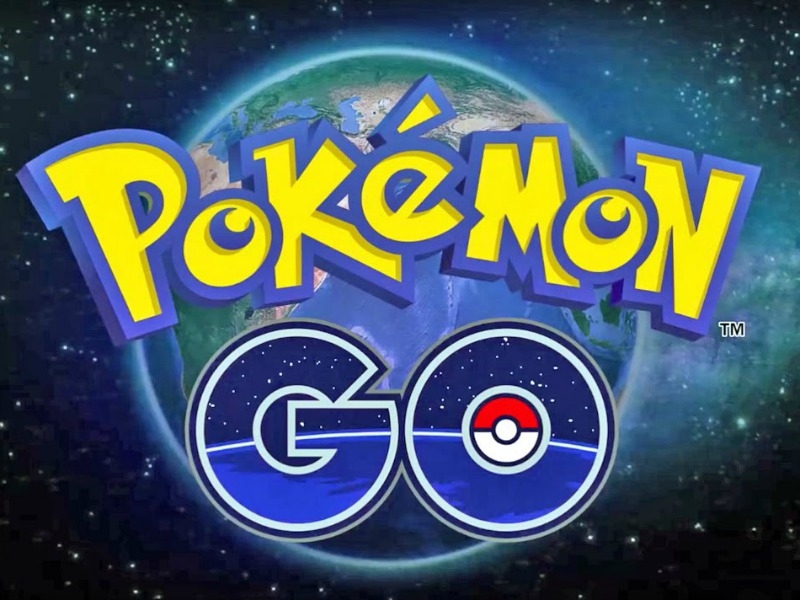 Pokémon GO is a free-to-play location-based augmented reality mobile game developed by Niantic and published by The Pokémon Company. It is available on iOS and Android, not yet worldwide.

The game quickly became one of the most used smart device apps after launching, surpassing the previous record held by Candy Crush Saga in the United States, and was a boon to the stock value of Nintendo, which owns a part of The Pokémon Company. It was praised by some medical professionals for potentially improving the mental and physical health of players, but attracted some controversy due to reports of causing accidents and being a public nuisance at some locations.

Let that sink in for a minute.

Download it from your phone's app store, and while you wait read this: https://www.reddit.com/r/TheSilphRoad/comments/4ukjzn/pokémon_go_information_knowledge_lessons_learned/

Further down this very page is another great guide...

Also, do you want Pikachu as your starter?

How do I know where to go in my town to get stuff?

Well, the quickest way is to also make an Ingress account and use this: https://www.ingress.com/intel

Ingress is the first game by Niantic, and a lot of mechanics are the same. If you wonder "why is...?" in PokemonGO, the answer is probably "because Ingress."

Anyway, nearly all the "portals" on that intel map will be poke-locations as well. You won't know whether they're stops or gyms until you go check it out!

This also appears to be working still, as a way to find pokestops. Some of those points are going to be gyms, which you can "vote" for as being a gym instead of a stop.

What team should I join?

When you're in range, the marker on your map will change and animate. Tap on it, and then "spin" the medallion in the middle to get free stuff. Usually you'll get pokeballs, but other Useful Things can be had too. Some things even can't be had by purchasing.

You can spin a stop approximately every 5 minutes.

Pokestops also have a slot for a "module." The only one available right now is a lure. It will make wild pokemon spawn more often around that pokestop for 30 minutes. When a lure is active, there will be hearts spewing from the pokestop on your map.

What do I do at gyms?

Gyms are the battles. There's a lot more info out there, but you try to take over enemy gyms or try to bolster and defend friendly ones.

Against an enemy gym, you can bring 6 pokemon. How many you'll be up against depends on the gym's "prestige."

Against a friendly gym, you can bring 1 pokemon. However, each friendly pokemon you "defeat" will add to your gym's prestige, which opens up more slots for defending pokemon to be placed there.

You can place 1 pokemon per friendly gym (assuming there's a slot open). Once per day (well, every 21 hours) you can go into the shop and claim your "defender bonus" of 10 pokecoins per pokemon you have sitting in gyms. Right now it's pretty difficult for any team to be holding a gym for long, so it's not often right now that you'll get more than 10 coins per day. But as our 'mons get stronger and gyms get harder to take down, you might approach that 100 coins per day... Later.

You can dodge in gym battles?!

IVs are in the game, so check them before doing anything.

My advice (from a ripe level 19! Woo!) is to just save all the pokemon you get until in your teens. The Combat Power of those guys you catch early is never going to be competitive in the gyms. People are already putting 2k CP 'mons on gyms around here.

So. Save all the candy and stardust you get.

After level 10 or so, evolve whatever Pidgey etc you have with the highest CP. At 7 or 8 you'll get a Lucky Egg too, and evolving is big xp! So save a Lucky Egg until you're ready to evolve a ton of guys. Hint: Those Weedles and such only cost 12 candy to evolve. Evolve them for the xp and then transfer them.

Raiden333 wrote: »
THERE IS NO SUCH THING AS TOO MANY PIDGEYS

Basically, you get 500 EXP as a flat reward for evolving a pokemon. Since they're so cheap to evolve and so common, you can stock up a TON of them, pop a lucky egg for double EXP, and start evolving them as fast as possible for 1k EXP each. My personal term for this is Factory Farming, and I'm set to run my first one this weekend, I'm up to ~30-40 banked evolves.

Yep, way way down on the Pokemon's stat page is a "Transfer" button. All it really means is "send them off for the prof to cut on, and get a candy in return, yay!"

What's this "nearby pokemon" thing?

The pokemon listed as "nearby" are in very specific locations. If you want to catch one of them, you need to use the list as a sort of dowsing rod. Pokemon that are further away will appear lower on the list. As you walk if you see the pokemon you are aiming for rise on the list you'll know you are going in the right direction.

This pokestop is a private place, unreachable, offensive...

Yep. Anker. The battery pack of choice for Ingress and Pokemon GO players alike.
Now get out there and catch some Pokemon! Be nice to everyone, be respectful of persons and property, and don't fall off a cliff.
Switch: SW-4133-1546-2720 (Thera)
Twitch: akThera
Steam: Thera
pokemongonewinfo.jpg 121.3K
akjak on August 2016