[Octopath Traveler]: out now on steam

Vermont, in the middle of nowhereRegistered User regular
June 2018 edited June 2019 in Games and Technology

A turn based JRPG from some of the minds behind the Bravely Default series. What more do you need to know?

Alright fine. Pick one of eight characters, each one starting in a different area of the world and their own origin story. Switch between them as you move through, and perhaps, eventually get all eight together. Each character has their own skills and combat style (fighter, thief, cleric, etc), but also has Path Actions that they can use on the field. These open up new possibilities and give some flexibility on how you tackle different puzzles in the game. Do you want to challenge a guy to get the map you need? Sure, but he might not miss it if you just pick his pocket. Or maybe you want to try and buy it from him instead, keeping the peace? There's a bit of flexibility there, and it makes for some fun stories.

In combat, the Bravely heritage really starts to shine through, but with almost a bit of Grandia mixed in. Above the battlefield is an initiative meter showing the turn order. Enemies have weaknesses, whether elemental or damage type (slash, pierce, blunt), and if you hit the enemy with their weakness you have a chance to break them, costing them their next turn. This also opens them up to far greater damage. Also, as you attack and take damage, you build up a meter that you can use to produce an even bigger attack. That little flame spell just became a battlefield engulfing wall of fire! 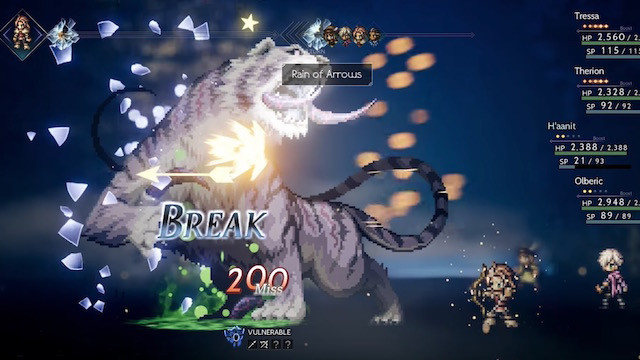 The game is also strikingly beautiful. Square Enix is calling it "HD-2D" and the screens show why. The characters are simple sprites on what I'd describe as an artfully pixelated background, and the in-combat enemy models are just gorgeous. 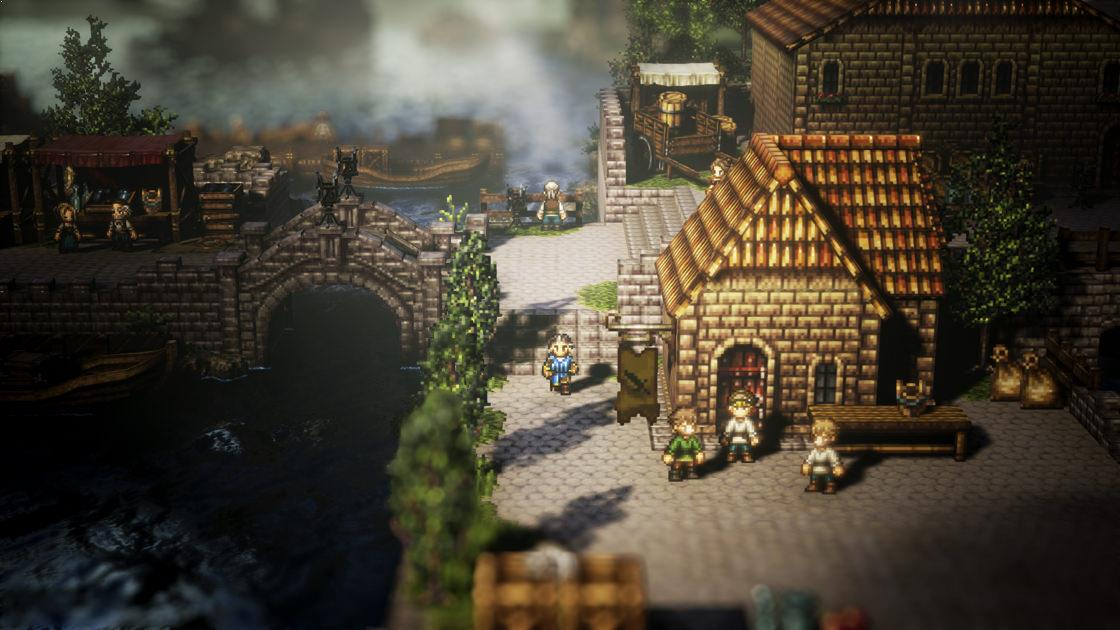 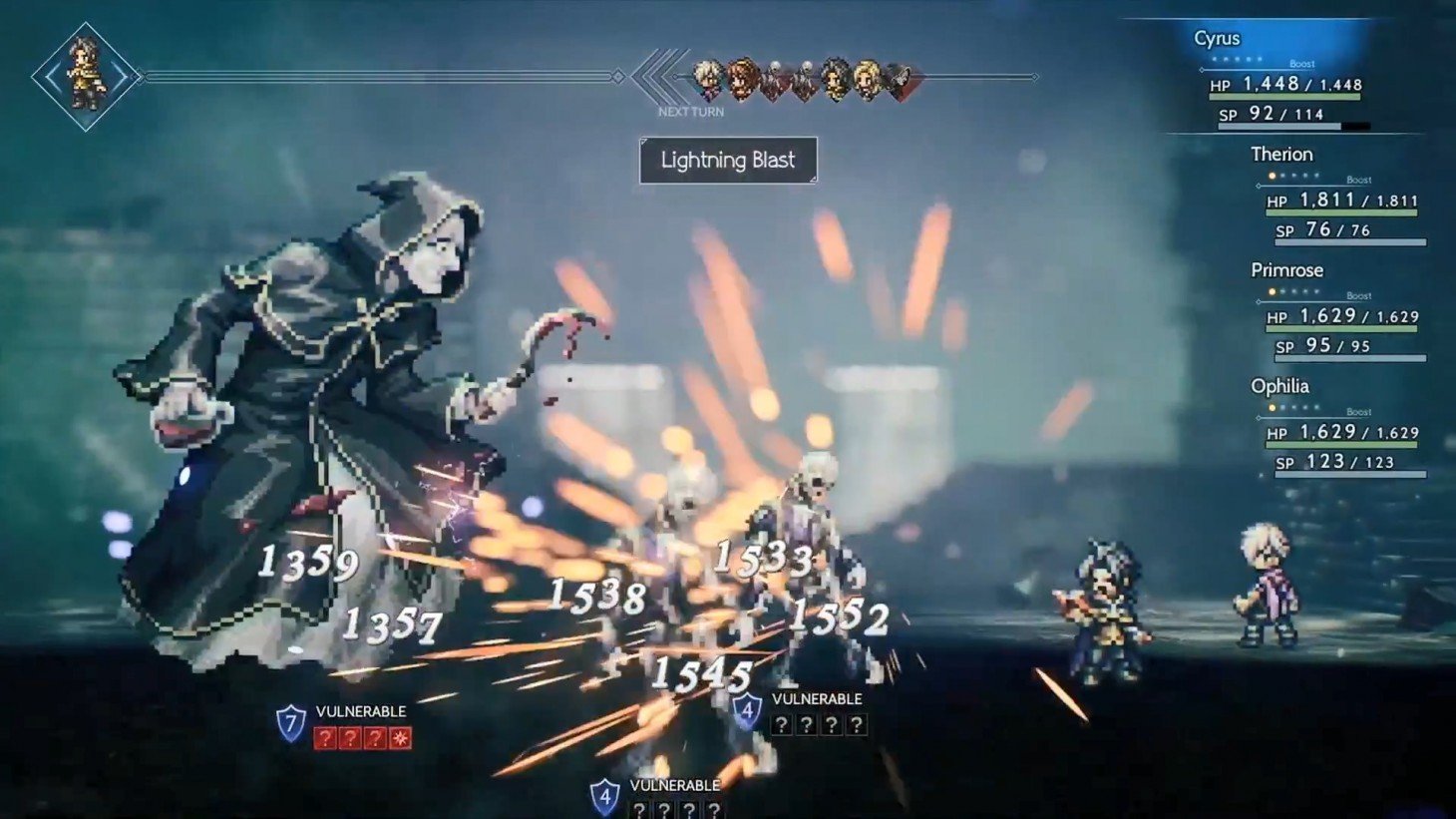 H'aanit the hunter
Path action: Provoke. Use a beast to force someone to fight, or chase someone away who is causing trouble or blocking a path.

Ophilia the cleric
Path action: Guide. Escort missions! But for real, get people to follow her, and even summon them into battle. Go forth my townsfolk minions!

Primrose the dancer
Path action: Allure. Charm people to follow her, sometimes even into battle.

Therion the thief
Path action: Thief. Steal shit, get rich. Rare items found no other way, as usual in an RPG.

Tressa the shopkeep
Path action: Purchase. Can buy items not otherwise available. Everything is for sale. 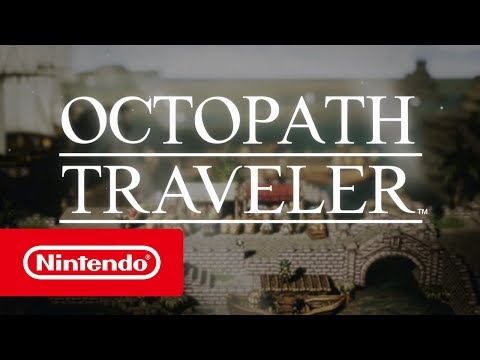 I've been drooling over this game since the first trailer last year. It releases on 13July which cannot come soon enough. There's a demo up on the eShop which will let you play for up to three hours with any of the characters, and that progress will transfer to the full game. Definitely worth a look. 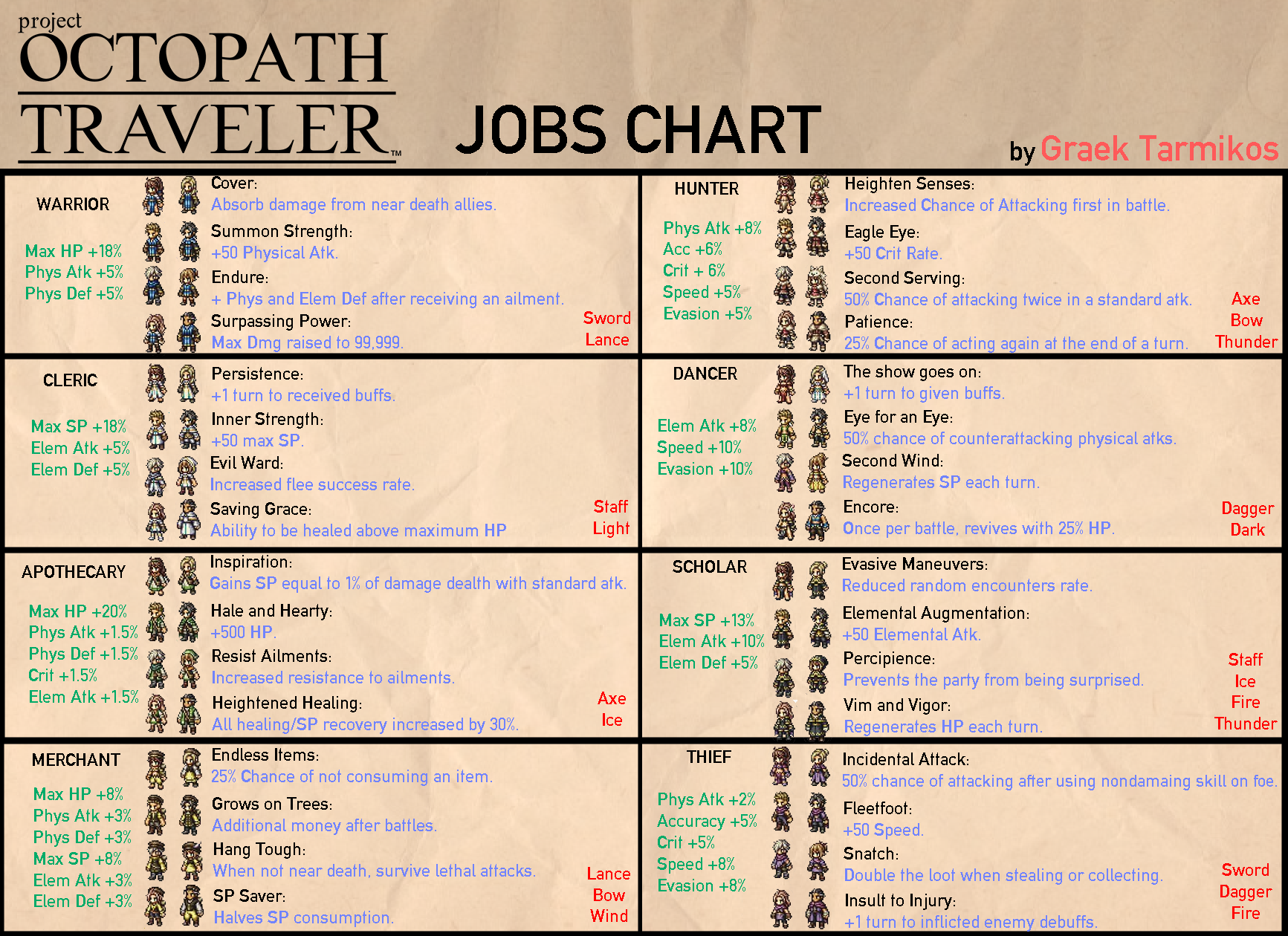 Stat gains per nut use.

El Fantastico wrote: »
google doc links to all equipment, purple chests in maps/dungeons, and sidequests + solutions to them.

Turns out that boosting the ability doesn't just give you more chances it also changes the possible outcomes and their likelyhood. JP * 100 and EXP * 100 both require a full boost and are a 0.1% chance.