[Wildstar]One thread down, hopefully many more to go

There was no agreement little morsel..Registered User regular
March 2013 edited November 2013 in MMO Extravaganza
So, What's all this about then?
New MMO being developed by NCSoft affiliate Carbine studios that takes the best of fantasy and Sci-fi, tosses them into a room before telling them to "Make it work" and create a child
http://www.wildstar-online.com/ 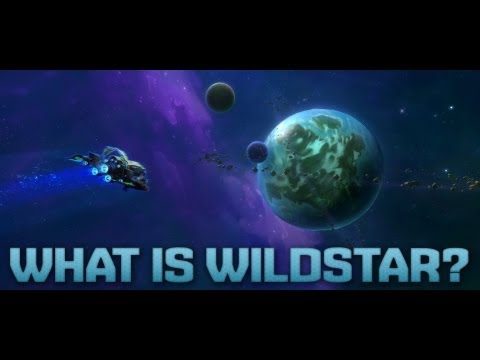 First beta phase is a go, with NDA more watertight than a duck's butthole. If you get into CBT1 don't ruin your chances and say you are in the beta. See Corehealers post on p12 about what to do if HYPOTHETICALLY, you are selected for this event and remember that snitches get stitches

Corehealer wrote: »
I sent in an app for beta; in the sections referring to a gaming community, I put in the following:

Leader: Corehealer (I started the GW2 guild assuming it would hold my attention for more then a month; I go into this with the same assumption. I hope we can put roots down for a long time in this game, as I always want to do in an MMO, and I have that hope for this game, which seems to be catering to that imperative with player housing and paths and all this other extra stuff on top of the basic gameplay and setup and PvE/PvP stuff. If I leave, I will make sure to leave the guild in capable hands as I did with Rysk in GW2)

Number of Players: 10-25 (Not a hard limit, just my initial guess for potential PA forumers who'd be interested in playing, based on this thread)

Group Website: http://forums.penny-arcade.com/discussion/176607/wildstar-its-like-the-ratchet-and-clank-mmo-i-didnt-know-i-wanted/p1 (I used the first page of this thread with the OP in; we'll figure out stuff with that as we go ahead.

We'll figure out guild specifics as we go ahead into beta. Feel free to hop on TS3 (info is in my sig) and we can discuss Wildstar. 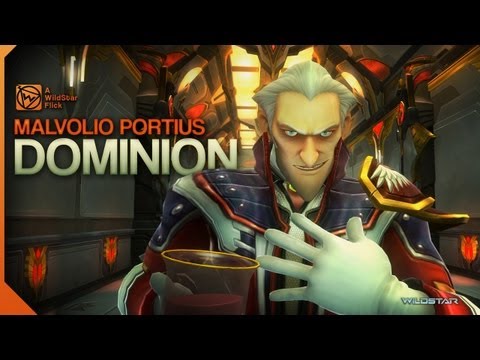 The Cassian - The top dogs of the group, tasked with the heavy burden of bringing civilization and prestige to the unwashed masses. They're better than you. They know it and they have no problems constantly reminding everyone else about it through arrogance or just good old fashioned brute force.

The Draken - The meanest sumbitches in the galaxy. Dragon folk. Warriors, hunters and fighters. Not hard to find at all. Just gotta follow the trail of decapitated corpses

The Mechari - Ruthless killing machines created by the Eldan to sniff out traitors and spies. Humor deficient

The Chua - The real brains behind The Dominion's tech. Pint sized rodents worked into a near psychotic froth at the mere sight of technology 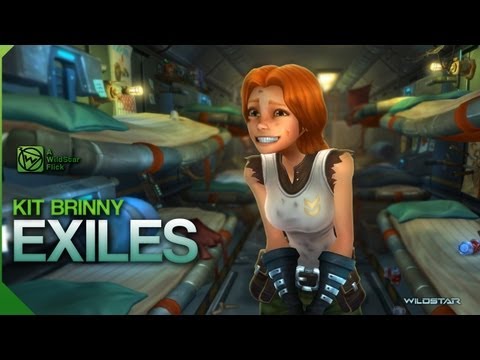 Humans - Humans this go aren't the big boys on the block. Wanderers, nomads and explorers using good old fashioned Grit and Determination™ to find a new world to call home. The Dominion though? Fuuuuuck those guys.

The Granok - Stone skinned ass kickers and name takers. If they aren't busting heads, they're probably somewhere pounding back cold ones. For the sake of simplification let's call them 8 foot tall space dwarves.

The Aurin - Requisite hippies only with more fur, tail, tooth and claw. Scrappy lil cusses not afraid to throw down if they have to though.

The Mordesh - Exile black ops. Technically dead and using a combination of science and cybernetics to keep themselves from rotting away 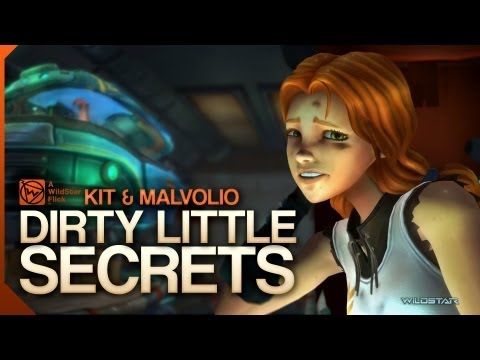 Warrior - Warriors are unstoppable juggernauts on the battlefield, using a combination of heavy weaponry, powerful armor and advanced technology to take care of business.

Fearless bruisers that give as good as they get, Warriors are at their best when charging into the fray. Equipped with a heavy battle suit, and armed with a giant tech-sword and a plasma blasting arm cannon, Warriors use hyper-charged kinetic cells which allow the use of powerful attacks and greatly improve their destructive potential.

Drawing upon the power of these kinetic cells give Warriors access to a wide array of strategic technological capabilities designed to damage, disarm, or incapacitate their enemies. In short, the Warrior is a walking death machine, absorbing impressive amounts of damage while dispatching his foes by the dozens.

Spellslinger - Spellslingers are deadly and dangerous pistoleers, often found beyond the Fringe working as bounty hunters, bodyguards, and guns-for-hire.

Spellslingers fight with a unique style that's a lethal combination of magic, reflexes and instinct - making them some of the most feared combatants in the galaxy. By wielding specially designed mag pistols, Spellslingers manipulate arcane energy to create powerful magic sigils – greatly increasing their accuracy and infusing their projectiles with destructive power.

Along with their deadly weapons, Spellslingers also use acrobatic agility to quickly move around the battlefield - positioning themselves to inflict the most damage upon their enemies. These deadly abilities, coupled with steely-eyed resolve, make the Spellslinger a truly frightening foe in battle.


Stalker - Stalkers are feared throughout the galaxy as silent and deadly assassins who always eliminate their targets.

The Stalkers’ training begins with an injected serum of advanced nanotechnology. The nanites within the serum instantly create a cerebral interface that gives the Stalker access to powerful technological abilities—such as advanced stealth capabilities, optical holoprojection, and enhanced defenses. This interface also accelerates and enhances the Stalker’s physiological systems, allowing them to execute impressive physical feats and complex martial arts disciplines. These abilities, used in concert with a pair of well-balanced alloy clawblades, make the Stalker a fearsome opponent on the field of battle.

Stalkers are also masters of tactical combat. Using their neurological enhancements, they strategically control the battlefield, utilizing combat hardware such as proximity mines to maximize their kill potential in each and every encounter. Their cerebral interface also provides real-time analytical data during encounters, allowing Stalkers to energize their clawblades based on their opponents’ greatest vulnerabilities. The result? During combat, Stalkers leave a pile of corpses in their wake before silently disappearing into the shadows.

Esper - Espers are masters of the mind who tap into powerful psychic energies to lash out and incapacitate enemies or strengthen and protect their friends.

The connection between the mind and body is a powerful thing, and no one demonstrates this better than an Esper. Rare individuals that display unusual mental fortitude, Espers must undergo rigorous training in order to harness the turbulent, chaotic energies of the mind – eventually learning to focus and transform this energy into telekinetic power. Once they have mastered this ability, Espers learn to use the psyblade – a sharp and deadly projectile weapon propelled through the air by the force of their minds.

But the psyblade is not the only weapon in the Esper's arsenal. They can also manipulate mental energy to create illusions so convincing they are capable of inflicting very real damage on their enemies. This same technique can be used to bolster friends, allowing them to return to the fray after being injured in battle. A fully trained Esper can turn the tide in any conflict, sustaining and healing their allies while dishing out devastating mental blasts against their foes. 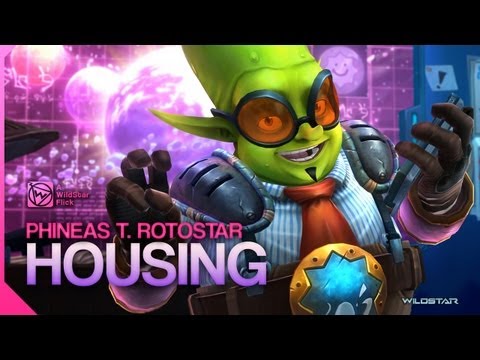 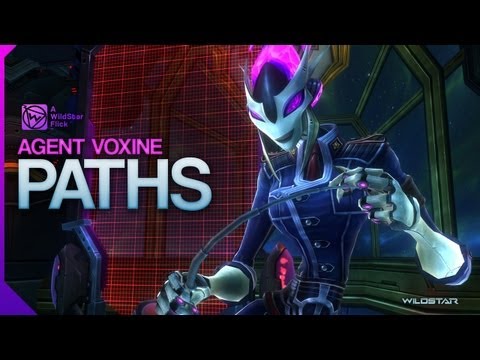 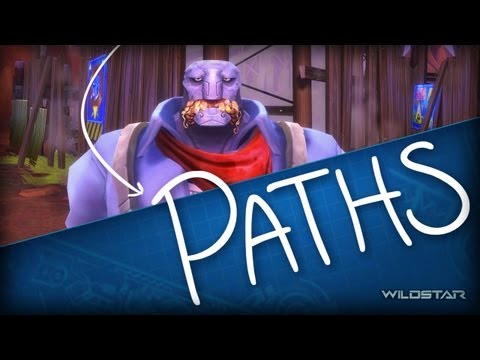 Paths are additional character creation options used to tailor your gameplay experience towards your own playstyles. Maybe you're that guy that just wants to KILL! KILL! KILL! or that person that likes to go "goating" around the MMO landscape to look for places you shouldn't normally be able to reach. Paths are for those players.

-Soldier:This is the Path for the people that want to get down and dirty. Assassinations and weapon R&D your thing? This is the path for you my friend! You're going to be that guy that does everything from defending a spot from waves upon waves of enemies, to summoning world bosses for people to fight. Cigar and can of beer not included

-Explorer: Have you ever played an mmo and saw a building or mountain off somewhere and wondered to yourself "Can I get on top of that?" That's the explorer. Finding hidden pathways and beautiful vistas with your tracking sense and intuition. Open shortcuts through a zone, find hidden caves, ruins and treasure. You are Indiana Jones. In space. Roll with it

-Scientist: The lore junkie. The scholar. Yours is the path of finding out what the heck all this crap is for! If you were the type of person whose OCD didn't allow them to leave a jrpg or zelda game until every nook was checked and every pot smashed, scanned, searched or whathave you. This is the path for you. It's your job to catalogue all the plants and critters of the world!

-Settler: Are you a people person? I sure hope so. Settlers are all about helping out your fellow player (maybe with a little extra incentive thrown in for you) It's your duty to maintain towns and outposts, providing buffs, mounts, taxis and outpost defense to give your fellow players a safe haven in-between their many adventures!