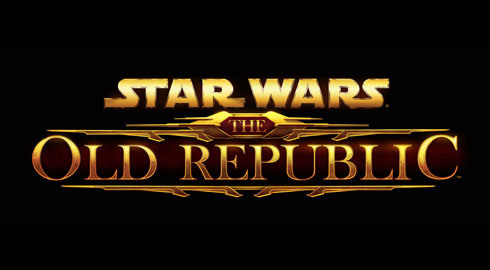 Guild information: the server with the most dense PA population at the moment is Jedi Covenant. There are no official PA guilds here, but I am an officer in the active Republic guild <Dominus Nihil> and will invite if asked (sign up at http://www.dominusnihil.com/forums required)

The PA guilds at launch were on Shadowlands, <Rigorous Scholarship> for Republic, <Remarkable Circumference> for Imperial, however these guilds are mostly inactive. Ask in thread for specifics on an invite.

For either Jedi Covenant or Shadowlands server, type /cjoin Penny Arcade to chat with other PA folks (not available to free to play, sadly)

Advanced Classes
Jedi Knight Guardian, Republic/Sith Warrior Juggernaut, Imperial: Tank or Melee DPS. Has more defensive cooldowns than any other class, with no DPS based cooldowns at all. Wears heavy armor. Both Knight and Warrior stories are two of the best in the game. Force leap and push can get this class into trouble (pushing and leaping too close to a second group and doubling the attackers, for example). Weapon: Single lightsaber/vibrosword.

Jedi Knight Sentinel, Republic/Sith Warrior Marauder, Imperial: Melee DPS only. Possibly the highest DPS in the game if played correctly, but more complicated than other DPS classes and therefore frequently not played correctly. Very agressive play style and medium armor class leaves many assuming they are really tanks (they are not). Like all melee classes, can be made to suffer in operations due to being melee. Weapon: Dual wield lightsabers/vibroswords.

Jedi Consular Sage, Republic/Sith Inquisitor Sorceror, Imperial: Can be either an excellent Healer or above average ranged DPS, making it a very versatile class. One of the easiest classes to play. Heal spec has the best AOE heal in the game. Despite light armor, fairly survivable class due to self heals and defensive skills. Downsides: ease of play makes it boring to some. Consular class story is universally considered the worst in the game. Players in both factions have an inexplicable tendency to use group push back to knock mobs out of other people's AOEs. Weapon: Single lightsaber/vibrosword.

Jedi Consular Shadow, Republic/Sith Inquisitor Assassin, Imperial : Tank or Melee DPS. Stealth class. Most difficult tank to play due to skill juggling required, but brings specific skills to the table that makes having one desirable in ops. Only tank in the game in light armor. Only tank with a CC. Most skilled tank at aoe mob control. Weapon: Double-bladed lightsaber/vibrosword

Smuggler Scoundrel, Republic/Imperial Agent Operative, Imperial: Can be Heals or melee DPS. Stealth class. Heal spec is best single-target healing in the game. Melee DPS spec has a visceral appeal due to kicks to the nuts (Republic) and stabby mc-stab stab action (Imperial). Also evil giggling. Imperial Agent story is widely accepted as the best in the game. Smuggler is one of the best stories on the Republic side. Weapon: Varies by faction. Republic: Pistol mainhand, shotgun offhand. Imperial: Rifle mainhand, Vibroknife offhand.

Smuggler Gunslinger, Republic/Imperial Agent Sniper, Imperial: Ranged DPS class. Rivals Sentinel/Marauder for highest DPS class. Uses cover, which annoys some people, but I have never found it to be a problem but it helps if you use the 'cover in place' key bind instead of the 'move to nearby hard cover' key bind. Also recent class updates have made the class far less cover-dependant. Very good AOE damage. Weapon: varies by faction. Republic: Dual wield pistols. Imperial: Sniper Rifle with vibroknife offhand.

Trooper Vanguard, Republic/Bounty Hunter Powertech, Imperial: Tank or Melee DPS. Good solid tank. Powertech has better visual interest due to the skill animations. Since 3.0, the Tactics/Advanced Prototype DPS skill tree has the highest burst DPS in the game, look for it to be nerfed soon. Both Trooper and BH story rates an 'ok.' Fem Trooper is Commander Shepard (aka Jennifer Hale). Weapon: varies by faction. Republic: Rifle. Imperial: Pistol.

Trooper Commando, Republic/Bounty Hunter Mercenary, Imperial Ranged DPS or Healer. Admittedly I haven't played this class as much as the others, but it's a good class for DPS. It has for some time been the worst healer in the game, but new updates have possibly improved upon it. As with any ranged dps, it's a desirable class for operations. Weapon: varies by faction. Republic: Autocannon. Imperial: Dual wield pistols.

Biochemistry Requires Bionanalysis and Diplomacy. Very useful skill, both in leveling and in endgame. Pretty much required for operation Tanks. Can craft heal, stim, and adrenals for the crafter that are not consumed on use. Can also craft high-level consumables for sharing with alts, friends, and selling on the GTN. Also crafts implants. Because enemy beasts can be gathered after kills, there are always plentiful gathering sources for Bioanalysis.

Cybertech Requires Scavenging and Underworld Trading. Second most useful skill, but especially if you plan to have a lot of alts and/or if you do endgame crafting. Lets you craft armors and mods for armor shells. Also can craft droid armor, ear pieces, and unconsumable grenades for crafter use only. Like Bionanalysis, scavenging allows you to gather killed mobs in flashpoints and operations, droids in this case. Probably the most profitable crafting skill, particularly if you can learn endgame schematics.

Armstech Requires Scavenging and Underworld Trading. Some of the more important schematics require Slicing mats, but the skill limit is 3 in this game, so you'll either need to buy the mats or have an alt dedicated to slicing. This skill is useful for two things, Barrels and Augments. Augments (and augmentation kits) are what the slicing mats are required for. The skill also crafts weapons and offhands, but since most of the weapons you can craft are unmodable this ultimately unprofitable. You can't even craft modable offhands, which would especially useful for leveling alts. Since level 55 augments are required for endgame progression groups, being able to craft them can be a solid profit skill.

Armormech Requires Scavenging and Investigation. Slicing mats requried for augments. This skill allows you to craft armor shells and augments, but with the cartel market dropping new armors all the time, only the augments are really useful anymore.

Synthweaving Requires Archeology and Underworld Trading. Slicing mats required for augments. This is the jedi version of Armormech, allows you to craft jedi-style armor shells. As with Armormech, only really useful for the augments.

Artifice Requires Archeology and Treasure Hunting. Useful crafting here is hilts and enhancements. Can also craft crystals, but the ability to buy cartel market crystals and spawn them indefinitely from the collections tab has made the crafting of crystals obsolete. Like Armstech this skill is for crafting weapons and offhands, but the lack of modable items means that part of the crafting has always been near useless. Because this skill has no augments to craft, it's less useful than Armstech. Also unlike Armstech, you can't gather mats while in ops and flashpoints. However, if you can learn the schematics for the hilts and relics from endgame content, you can make a killing.

Gearing up while leveling has become much easier, thanks to changes in the supplies vendors. Here's a gearing guide for 12x leveling.


Many convenience features have been added to the game recently, notably:
- All taxis now automatically unlock when you first land on a planet
- Quick travel points no longer need to be clicked, they unlock when you come near them
- armor vendors from 1 - 50 have been redesigned to be more useful, so Cybertech crafting is no longer required to help keep a leveling toon in the correct gear.
- Skills no longer cost credits
- Outfit designer permits you to keep outfit designs as skins, regardless of what mismatched/ugly armor you might be wearing. Though if you like your gear's look, you can make that the default or create an outfit for it.

Rule number one: If you have $5 to drop on Cartel Coins, go for it. You unlock a couple of character slots, have a larger cap on credits, can send mail, have an extra skill bar, have bank access, and aren't limited to one post per minute in the game channels. There's some other benefits too, but those kinda stand out the most.

Rule number two: The auction house (Galactic Market) has things available that you would normally have to purchase with real-world dollars, including most of the stuff mentioned in rule number one. Use these to your advantage. I'd recommend unlocking 10 inventory slots as your first purchase, which will give you enough breathing room to play the game without being constrained on space. Just remember there's two types of unlocks - individual character an account-wide. It's often better to get the latter, as it tends to cost no more than double the price for individual unlocks. You can also get some "Legacy" unlocks for cheap here (example: the Legacy menu has race unlocks at 1.5 million credits; you can sometimes find these on the AH for cheaper). Whether you're absolutely F2P or Preferred Status, you will be relying on this.

Rule number three: Currency flows in a particular way, and it's important to understand how it tends to flow.
- Levels 1 - 10: The first system you won't see much currency at all, like a couple thousand. Try not to spend it, except on skills. This is a couple hours of gameplay.
- Levels 11 - 17: The second system (the capital of your faction) should send you off with 20k to 30k. This is a few hours of gameplay.
- Levels 18 to 24: The first couple systems beyond the prologue for any class will start rewarding you with money that you can spend on unlocks from the auction house. Though, it isn't a huge comfortable amount. Again, a few hours of gameplay here.
- Levels 30 to 40: Yeah I put in a gap, but I wanted to note that in this range you're easily getting 100k for a small amount of game time invested (like 2 to 3 hours of questing). At this point in the game unlocks from the auction house should be no problem (depending on your server's economy or just the latest trends), and later on you should be able to start funding your escrow account. See below.

I'll also note that auction house micro-management for income doesn't work out so well in this game. I'm sure this can be chalked up to anecdotal, but really the fastest means of making money is to just do missions.

Rule number four: This is the most important thing for F2P users, and neither the game nor the website make much of an effort to explain it to you (presumably because they want your dollars). The game only allows F2P users 200,000 credits max - 350,000 if you're a 'preferred' user (have spent real world dollars at least once). There's a LOT of stuff that costs more than that amount in the game, whether it be on the auction house or vendors, which can be extremely discouraging to see.

But there's a way around it. When you go over your credit cap, money you make starts to slide into 'escrow.' You can't use that money unless you get a pass to withdraw an amount. This is normally an item you have to buy with real-world dollars, but it turns out people put these on the auction house. You can work up 5,000,000 into your escrow account and then buy a pass (or well, a few passes) to withdraw the full amount. It'll sit on your character, surpassing the cap, and allowing you to purchase in-game stuffs (or auctions). Sure, it'll set you back credits to unlock a ton of credits, but late enough in the game that can be negligible.

Rule number five: Passes, passes, passes. Passes exist to do things like have access to space missions for a whole week and such. If you don't feel the need to unlock anything, you can find these on the auction house too. Hey, who needs spending real world dollars for a week's worth of dungeon rewards and such?


Some helpful tips from @Fixer40000 for starting out in Galactic Starfighter space PvP: