Bicycle Thread Is Coming Your Way

faster than walking, cheaper than driving, and there's that whole exercise thing that people are always recommending

I had been thinking about getting a bike to take to and from work instead of taking the bus every day, maybe get in better shape, have a way to run small errands when my wife has the truck, that sort of thing. I didn't want it to be like a gym membership that never gets used but takes up space in my shed, so I borrowed a bike from my parents for a couple months to see if I'd stick with riding to and from work at least a few times a week. That worked well, so I just went out and picked up this beauty today: 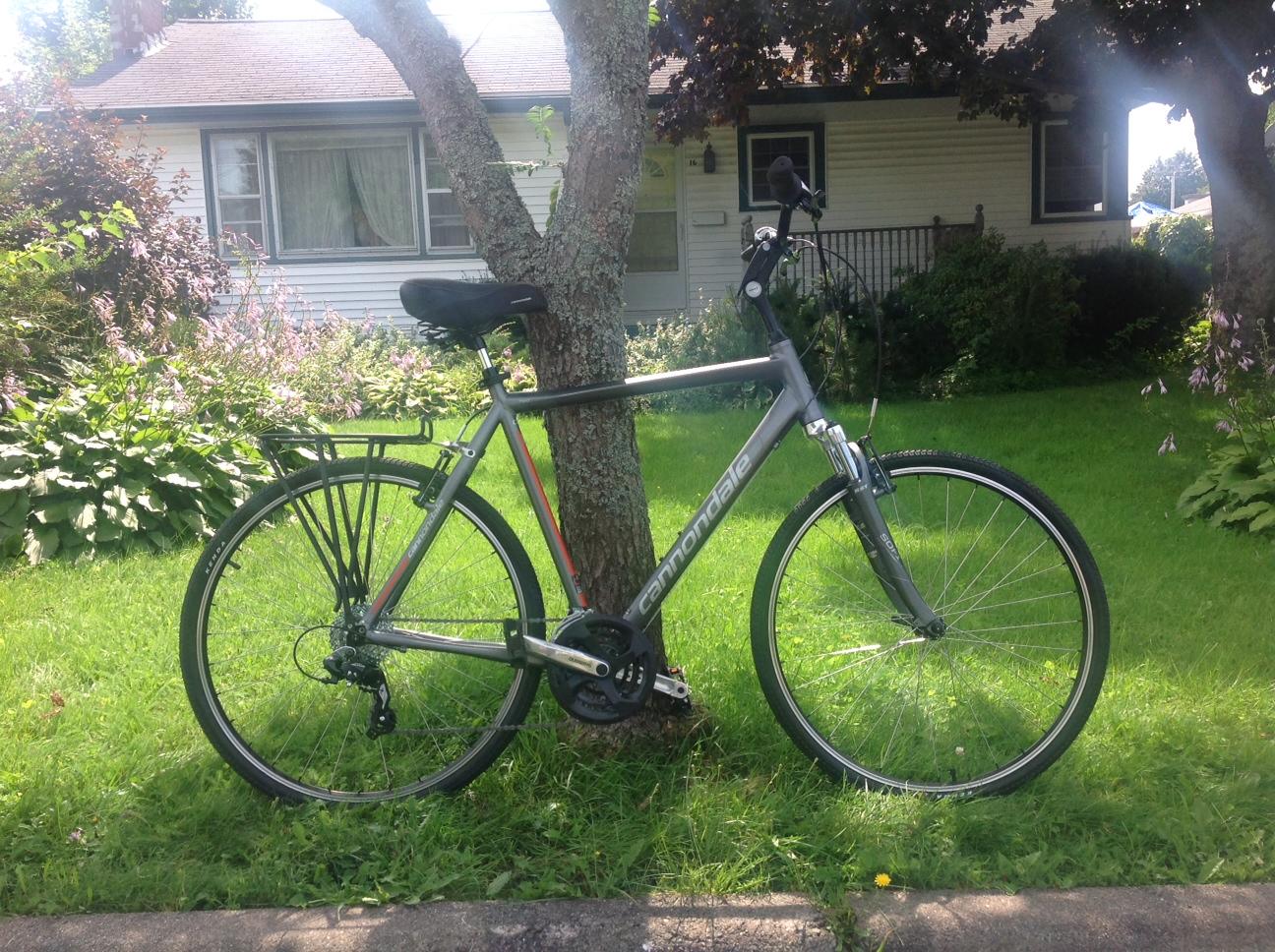 It turns out bikes have changed a bit in the over 15 years since I last bought one. That or Canadian Tire was somewhat behind the times on bicycle trends? Probably both. I knew about mountain bikes, and I knew about road bikes and racing bikes, but when I was researching what to buy now I learned that there's a new type called "hybrid bikes", so named because they have a frame and upright riding stance similar to a mountain bike, but have narrower tires like a road bike, and the end result is something that's fairly comfortable for commuting, which sounded like exactly the sort of thing I was looking for.

After 2 months riding a mountain bike with a stainless steel frame that was a bit too small for me, a properly sized aluminium hybrid bike feels like a whole new world, let me tell you. This bike has both front suspension (which the borrowed bike had, and took some getting used to), and seat suspension, which is entirely new and feels really weird so far (but I like it)

Do you like bikes, SE++? Are you a weekend rider, daily commuter, or do you partake in underground bicycle street races? (if that last one isn't really a thing, please don't tell me. I want to believe.) Do you have any tips for new riders or advice for managing the driver/cyclist relationship? favourite biking stories?

*= So far I've only had one unpleasant encounter with a driver while biking to/from work, and strangely enough it happened while I was walking the bike through an intersection as an entirely law abiding pedestrian. The driver was turning right and was apparently under the impression that a flashing hand sign meant "teleport immediately out of the intersection, it's car time" rather than "don't start crossing, finish crossing if already underway" and honked their horn to express their displeasure that I'd delayed their commute by the roughly 3 seconds it took for me to cross the lane.