So what is this? Well it's another Kor- whoa, wait, wait! Don't go! Just give me a minute of your time!

Ahem, Black Desert Online is a Korean action sandbox MMO. If you've played the recent Blade and Soul than I can tell you the combat is very similar.

If you haven't then let me explain.

The combat is basically a third-person action game. You have to dodge attacks, position yourself, counter, and sometimes sit back and wait for an opening. There are no auto-attacks in this game, for you or the enemy. If you dodge an attack (any attack) then you're not going to take damage. Though the same applies for the enemy.

Not unlike a fighting game, each of your attacks create opportunities for combos. No hotbar, tab-targeting combat here!

There are also no healing classes. Speaking of!

We are on the server Orwen . PA Guild name is Arcadians. Typically, we hang out in Valencia O1 which is one of the channels you can pick from when logging in. You can switch from one to another, so if you pick the wrong one, no big deal. Guild invites have to be done in person in game. Please tag @Arthil if you want to get into the guild so he can coordinate a meeting point.

Please post your info on this spreadsheet courtesy of @Arthil
https://docs.google.com/spreadsheets/d/1WWmYtkktX50_hgQKVjtoS4WdEsG6WzqjEz9XxZZJteE/edit?usp=sharing

Unlike most games, you don't pick your gender then pick a class. Classes are associated with either male or female. That said, some classes do have a male and female counterpart. Though while very similar, each one play a bit differently.

https://www.youtube.com/watch?v=gGu3RAHFqHw
Warrior: Classic sword and board guy. Surprisingly mobile and can actually block all damage from the front with their shield. Don't let the tankiness fool you, Warriors have great DPS (spoilers: this will be a common theme with all classes).

https://www.youtube.com/watch?v=CPIwU5qw7Po
Valkyrie: The female counterpart of the Warrior. While not as mobile as the Warrior the Valkyrie have a number of abilities at their disposal that make them even better tanks that the Warrior. Plenty of knock downs and shield skills along with group buffs. And yes, they can still DPS.

https://www.youtube.com/watch?v=XJmt0LKXyEo
Sorceress: Wiki page is rather empty, which is surprising since this is one of the more popular classes.

Anyway, remember up there when I said "some classes have a male and female counterpart"? Well Sorceress is one of those exceptions.

Sorceresses (Sorceressi?) are, basically dark magic wielding kung-fu masters. They are highly mobile and rely on combos and AoE skills. They're pretty powerful in the right hands, but can be very unforgiving to people who make mistakes.

https://www.youtube.com/watch?v=_Q82yVYegyg
Tamer: Another class which lacks a male counterpart. Tamers are summoners/ambush experts. Fast, mobile, and fantastic for hit-and-run tactics. Plus their kick ass wolf-pet-thing-made out of ink helps to create general chaos in battle. For solo PvE-ing Tamers are very newbie friendly.

https://www.youtube.com/watch?v=ZiEDwnjgYd4
Ranger Another female only class.

Rangers are, surprise surprise, long range DPS. They have some AoEs to stun/snare enemies, but their biggest advantage is their range. Staying out of reach is the order of the day so some players may not enjoy the kite-ing style of gameplay. That said Rangers are a solid choice of PvE and PvP.

https://www.youtube.com/watch?v=jOSp0nVfQ68
Wizard/Witch They're classic, Merlin styled spell casters. Absolutely devastating spells, but long cast times. Still, for totally destroying large groups of enemies in a short amount of time the Wizard/Witch takes the crown. A Witch is the female counterpart to the Wizard. Very similar to Wizards, in fact they are pretty much identical.

Do you just want to jump right in to a group of enemies and become a whirling force of death? Beserker is for you! While probably one of the least mobile classes the Beserker absolutely excels at jumping in to the frontline and causing total-fucking-chaos.

Oh and they can pile-drive people!


That's it for the current classes, though in the future NA/EU will get access to some Samurai and Ninja themed classes.

The world is pretty damn big. From what I understand it'd take a player around three hours to go from one end to the other.

There is no Fast-Travel. However the game does have an auto-pilot system so you can set a waypoint and your character will run/ride there while following the roads.

For the rest of the tidbits about the world I have to share some videos, because, goddamn, you need to see it.

There are several large cities in the game, this is a tour of one setting to give you an idea of what you'll be dealing with: 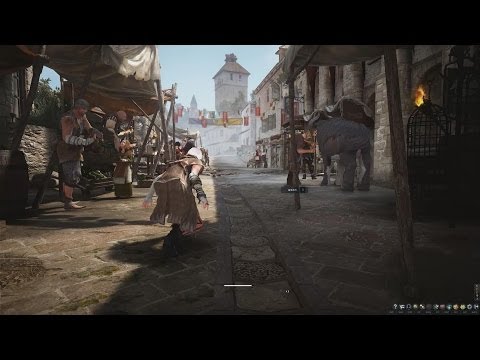 
To give you a sense of how big the world is and the no loading thing here is another video that takes you (pretty much) from coast to coast. 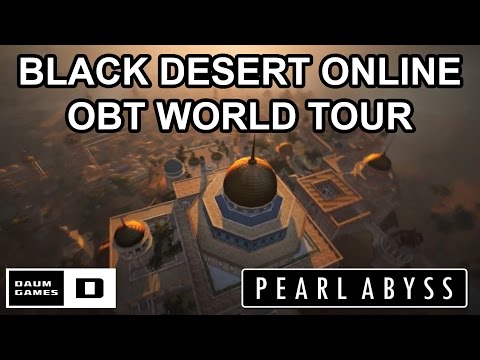 
This is a Sandbox game

Do you want to tame and breed the best race/war horses in the realm? Have at it!

Do you want to create a merchant trade empire? Get crack'n! You can transport goods and have employees crafting/gathering for you!

Relax and fish? Hell you can set sail on your own fishing vessel and bring in BIG fish.

Which leads me too,


All the shit you can do that ain't fight'n!

Gathering, Crafting, and Trading play a pretty big role in the game.

In fact, watch these two videos: 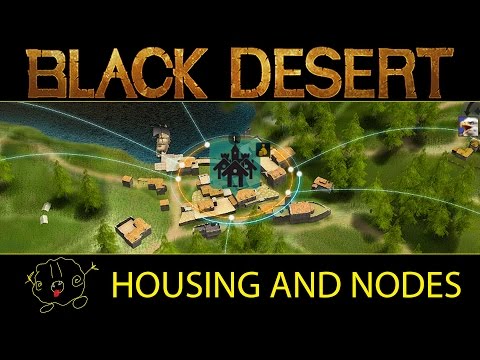 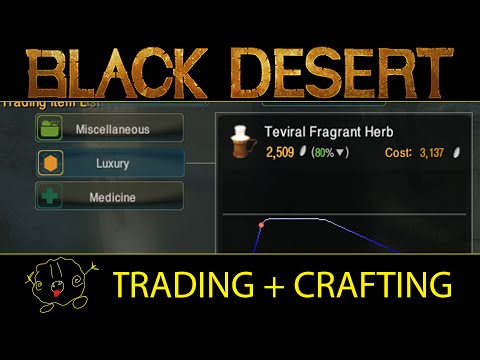 And do note that some of the things he talks about are Korean specific and not necessarily how the NA/EU version works, but the over all idea should be the same.


Man, there is a lot of shit to do

I honestly can't list and explain all the crap you can do. Let's just say that Combat/Questing is, like, only 30% of the game.

So yes there is in fact PvP in the game. It comes in a couple of flavors, but for a quick and dirty run down you have:

Guild vs. Guild: Join a guild and fight other guilds. Sieges and the like won't be in at launch, but will be coming with the first major patch (about 4 weeks they say). If your Guild is at war with another Guild then you can kill or be killed by your enemy without any penalties.

Open World: At level 50 you will automatically become flagged for PvP. The system is designed to strongly encourage PKs to fight PKs. For instance, being a PKK is far more rewarding to the player than being a PK. In fact just ganking random innocents nets you nothing but problems. For instance, if you are a big enough asshole when you're killed you'll drop gear, other equipment will break and become useless, you'll spawn in a random stot, face debuffs, and basically be a giant juicy target for everyone. As an innocent you will drop no gear and experience to penalty. The exception (AFAIK) is when you are transporting trade goods. You'll drop one item when killed, but as the video above details you don't really ever have to transport trade goods yourself.

Arena: Very much the classic PvP option. Just an open arena for you and your buddies, or anyone else for that matter, to jump in and kill each other.

Crimson Battlefield: After level 50 you can join in. Basically a giant melee of two teams fighting it out.

Siege: GvG siege fights, won't be in at launch. Expect it about 4-ish weeks later.


Random Tidbits
The Devs for the NA/EU version have been super cool and routinely ask the community what they'd like to see, what systems should be changed, etc. Since Westerners have different gaming tastes compared to our fellow Asian gamers, the NA/EU Devs have been giving quite a lot of leeway to change things to appeal more to the western market. So, yay!

One random thing the Devs are doing (that they totally didn't have to do) is having regional accents for the NPCs. Instead of having all NPCs speak generic ye olde English or what-have-you. The NPCs from various regions will have a specific dialect. American English, British, Aussie, Irish, Scottish, and Arabian to start. It helps add a lot more flavor to the various lands you will explore.

As you may have heard, the only way (AFAIK) to get XP is by killing mobs. You do not get XP from quests. You get money, materials, and reputation from quests. That isn't to say that the game is a grind. In fact it doesn't take long at all to reach level 50 and that's kind of the point. The game is a sandbox. Getting to 50 teaches you your class, the world, and various mechanics. Once at 50 the world is your oyster. PvP it up, craft, build a trade empire, sail the seas, fish, explore dungeons and ruins for treasure, hunt down world bosses, etc etc.

Guilds can own a War Elephant!

You can also start impromptu horse races with your friends!

You can climb up damn near anything!

The character creator is fucking amazing and free right now from their website!

Holy shit I forgot about Housing! Housing is nuts in this. Damn near any building you see in those videos can be bought.

*This Intro post brought to you by @Axen *
Steam

Humphrey Bogart wrote:
So we get stiff once in a while. So we have a little fun. What’s wrong with that? This is a free country, isn’t it? I can take my panda any place I want to. And if I wanna buy it a drink, that’s my business.