and it doesn't any more.

For example, here are screenshots comparing how Comment_37426938 currently looks vs Google's cache of it. This post used the following BBCode: 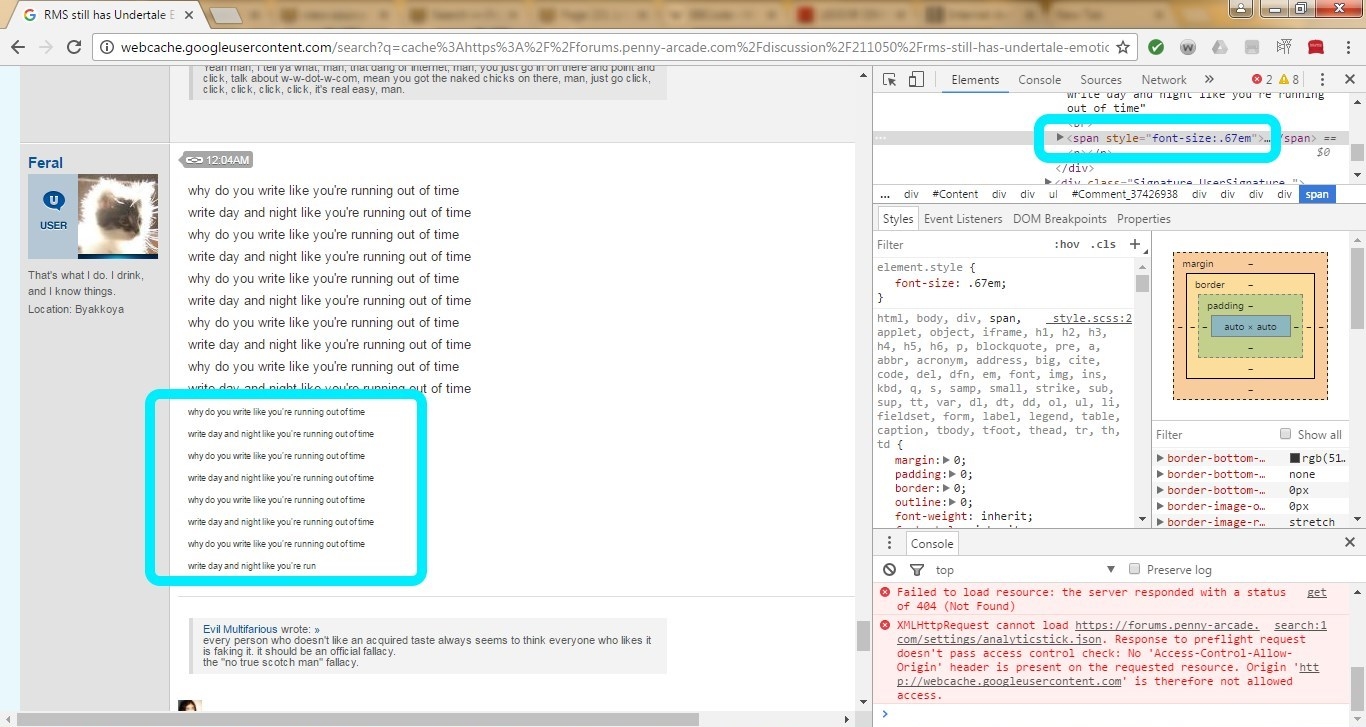 The HTML currently served up by Vanilla is missing the span tag: 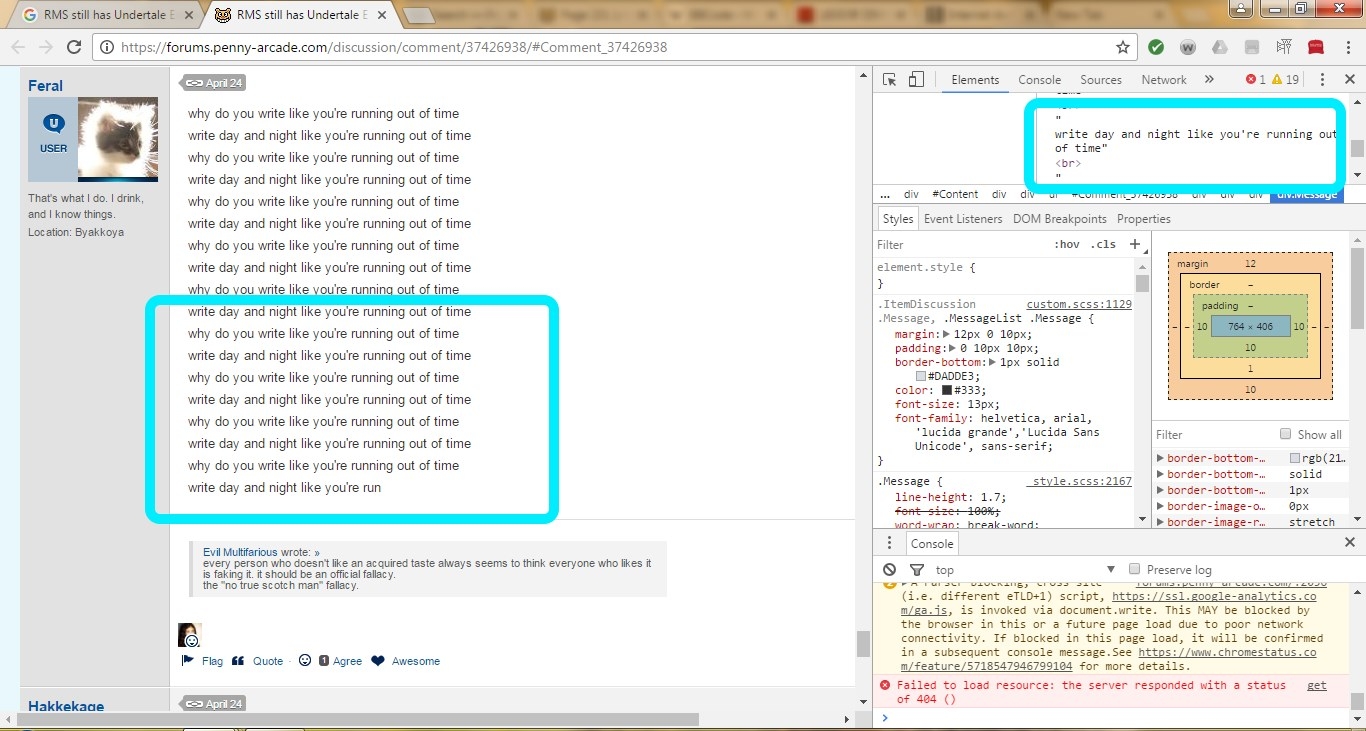 Also, just as an aside, it appears that Vanilla is still increasing the file size of uploaded JPGs as described here. Those two screenshots are respectively 211KB and 225KB on my computer. Not a big deal, just an observation.
every person who doesn't like an acquired taste always seems to think everyone who likes it is faking it. it should be an official fallacy.

the "no true scotch man" fallacy.
0

Sign In or Register to comment.
Penny Arcade Forums› Tube's Circus Of Bug Reports and User Issues
Powered by Vanilla