Registered User regular
August 2019 in Games and Technology
Starsector (formerly “Starfarer”) is an in-development open-world single-player space-combat, roleplaying, exploration, and economic game. You take the role of a space captain seeking fortune and glory however you choose. 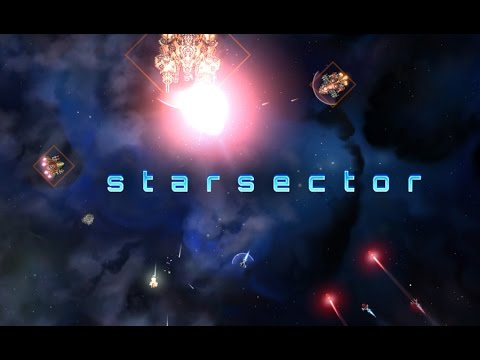 This game has been in development for something like 9 years, which you would think was in some kind of development hell, but it's a passion project from a very small team (I think like 3 or 4 people), so the updates have come slowly but very regularly.

I actually first heard about this game in a PA indie games thread about 3 years back, then promptly forgot about actually visiting the website and checking it out. My loss. A couple weeks back however, the game was re-recommended by Axen in the Space Sims Mega-Thread and I went to check it out. $15 bucks? Sure I'll give it a shot. I'm glad I did. And you'll be glad you do too.

We are glad you asked. Let’s use a food analogy: Take a slice of Star Control, mix it with cubed Master of Orion 2, add in a dash of MechWarrior and stir it all up in our special development pot. As indie developers and old school gamers we are going back to the Golden Age of Gaming with our design choices and presentation. Of course, if you load up one of those games now you may be cringing at the graphics: that’s where our modern game engine and art department come in. In addition, sound effects and music really set the stage for a memorable experience. Axen mentioned that a good way to imagine it is "Mount and Blade: In Space" and I think that's a pretty apt description! There are two strategic layers: a star system level where you can fly around and visit planets and space stations. Because space is very large and very empty, the way to travel between systems is using hyperspace. This is the second layer where your fleet can jump out of a system from certain nexus points and burn antimatter fuel to travel through hyperspace to new star systems. There is also a tactical layer where actual ship combat happens. There are ships from tiny shuttles and fighter craft all the way up to massive capital ships and enormous battlestations guarding particularly important worlds.

Did I mention the game has a huge array of mods that have made some pretty extensive changes to the game and are well supported by the dev team? They've even incorporated some of the more popular mods into the base game over the last few years. I haven't gotten into modding at all yet so I can't give any recommendations but I'm sure someone here will be able to share some details.

Now let's all talk about this great little game that's gone dark to avoid interdiction pickets flown under the radar!