[Finale] The Legend of the Galactic [Phalla] 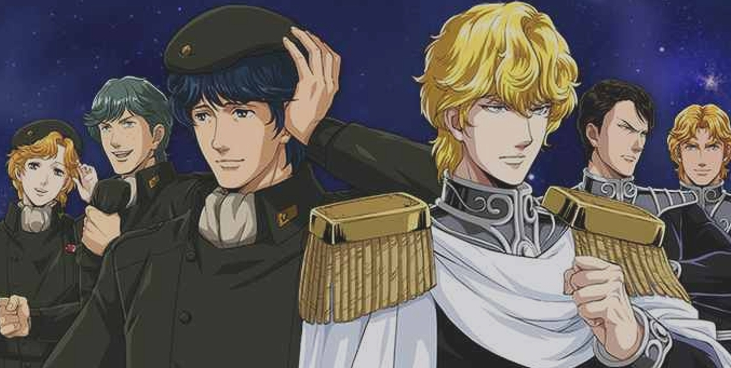 It is the distant future. Humanity has claimed the vastness of space for the expansion of their dominion, but even in this boundless void, there can be no peace.

For hundreds of years, two factions continue to battle for supremacy: The Democratic Rule of the Free Planets Alliance and the Monarchic Reign of the Galactic Empire.

Though the tides have waxed and waned, neither faction has yet been able to manage a clear victory.

The loss of innumerable fleets and countless casualties have yet to stem the tide of this seemingly endless conflict.


Until now. Two bright stars shine on the horizon, each threatening to eclipse the other.

Yang Wen-Li, a brilliant historian-turned-tactician, who wants nothing more than for a peaceful reign by and for the people.

Reinhard von Lohengramm, a peasant turned noble who seeks to bring down the corrupt society that has brought needless misery to his family, and to unite the galaxy under his rule.

And in the shadows, there are others that continue to play the factions against one another for their own benefit, continuing to reap the profits of conflict without end.


Something has to give... and in the days to come, only one faction will remain victorious.

Perhaps the current of destiny will flow in your favor.

Another page turns in the history of the galaxy...

At the end of each day, a player will be voted out in !red while many others will meet ends through other unpleasant means.

This will continue until one faction is either the last standing, or victory is impossible for the rest.

There will be factions, but there will not be conversions.

Ideally, the game is was balanced for 40 players. Should this go up or down, I'll (try to) balance the game accordingly.
The host shall make no attempt at remorse for disastrous lack of balance that may result, so try to enjoy the chaos, intentional or otherwise.