Commander ShepardThe likes of which even GAWD has never seenRegistered User regular
January 2021 in Tube's Circus Of Bug Reports and User Issues
This issue is only happening on my desktop Chrome, when a tweet is posted by anyone, it only appears as a link. For example:

I checked it out on Firefox and it's normal there: 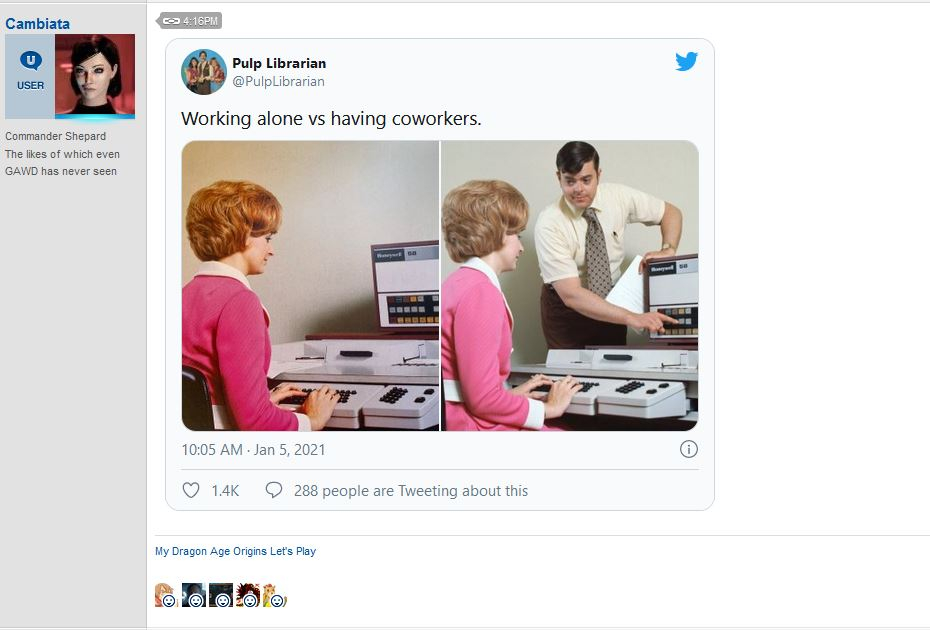 As an experiment I tried logging out of my account to see if it could be a forum user setting and the problem persists when not logged in. I don't have ad blocking turned on for any Penny-arcade sites.

I probably should have mentioned this bug when I first saw it but I assumed it was a temporary glitch and would come back, but now that it's been a few months I realize it probably won't come back without a bug fix.


Note that Youtube videos do not have the embed problem at all, it's only happening with tweets.
Cat videos and let's plays
0

Sign In or Register to comment.
Penny Arcade Forums› Tube's Circus Of Bug Reports and User Issues
Powered by Vanilla