__BANNED USERS regular
October 2006 edited December 2010 in Graphic Violence
VERBAL LOG. NOVA CORPS
OPERATIVE: 11249-44396/RICHARD RIDER--
LAST SURVIVOR OF THE NOVA CORPS
War is hell. No, it's worse. I'm Richard Rider, Nova, last member of the Nova Corps, with the entire power of the Hivemind in me. I've been fighting the Annihilation Wave for around six months now. I don't have enough time to give my whole story, If you want that check the earlier logs.

Anihlation: Nova 1-4, the cover is for #4. The series, which is the best out of the Annihilation set-ups, chronicles Nova's journey from the destruction of the Nova Corps, to his meeting with Drax the Destroyer to eventually leading the resistance against the Annihlation Wave.


We're fighting the best we can, but it's not going well. For every member of the Wave we kill, five more pop up. The Skrull and Kree empires have been all but destroyed. The remnants still fight on, led by two of the greatest leaders we have in our cause. Ronan the Accuser and K'lrt, the recently revived Super-Skrull.

Ronan plays a role in the Annihilation limited-series crossover event. In an attempt to clear his name after being accused of treason, Ronan travels to the planet of Godthab Omega to find the witness who testified against him. On the planet he encounters the assassin Gamora and her band of warriors known as the Graces, one of which is the witness in question (Tana Nile). Although Ronan eventually discovers that it was an individual in the Kree Fiyero House who planned his betrayal, Tana Nile dies (a victim of the Annihilation wave) before a specific name can be given. By the end of the miniseries, Ronan sets off for Hala to defend the Kree empire from the approaching wave of destruction. He joins Nova's United Front in an attempt to defend off the Annihilation Wave. In the Annihilation: Super-Skrull mini-series, Kl'rt attempts to stop the destructive wave before it reaches the Skrull homeworld. After nearly being overwhelmed by the forces of Annihilus, he sacrifices himself by destroying the Harvester of Sorrows - the enormous organic warship that destroyed the Skrull homeworld and wreaked havoc throughout the universe. His body is later recovered, and in Annihilation #3, Kl'rt is mysteriously revived during a battle between Firelord and Ravenous.


While the Wave is incredibly powerful, we have....well had, some heavy hitters too. We had the former Heralds of Galactus: Firelord, Red...dammit, I always for get his name. and Stardust. Firelord's status is currently unknown but I think he's alive, but Red....Raven? No. Guardian? Wonderful. I can't remeber the name of the man who saved my life, both died when we were forecd to evac. With the Heralds bieng rounded up, it makes me wonder....where is the Silver Surfer in all of this?

This series focuses primarily on an attempt by Annihilus to capture the current and former Heralds of Galactus, as well as Galactus himself, presumably in order to study and harness their power cosmic. The Silver Surfer learns of the Annihilation Wave and of the attempt by Annihilus's "Seekers" to capture the various heralds, primarily through the use of "Currs," dog-like beasts on leashes made out of cosmic energy. During the course of the four issues, the Seekers succeed in killing former herald Air-Walker and in capturing Terrax and Morg. Although Terrax's fate is unrevealed, Annihilus kills Morg in an unsuccessful attempt to drain his power. Several of the other former heralds, Firelord, Red Shift, and Stardust, decide to fight a war against the Annihilation Wave, while the first herald, the Fallen One, carries out its own mission for Thanos, another of Marvel's "cosmic" characters.

Ultimately, the Surfer elects to return to Galactus in order to help protect Galactus from Annihilus's attacks and preserve Galactus's role as a necessary element in the balance of the universe. The Surfer returns to his role as Galactus's herald and easily defeats an entire attacking fleet, as well as the Seekers' leader, "Ravenous," despite Ravenous's claims to be equal to the Surfer due to empowerment with "the opposing force", which is apparently the Negative Zone's equivalent of the Power Cosmic. Despite Galactus's objections, the Surfer refuses to kill Ravenous.


We're currently recouping our losses, finding the right times to strike, trying to talk the Shi'ar into joining us. All we can do is fight, for everyones' sakes. 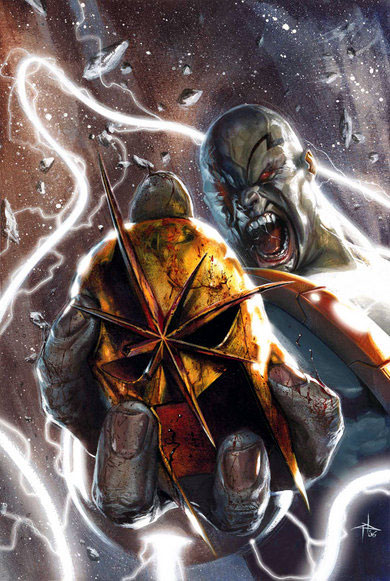 Left behind, can Drax survive... Thanos takes action... and Nova sets course on a suicide mission. Bottom line, no Marvel Cosmic fan will forgive himself for missing THIS ISSUE! 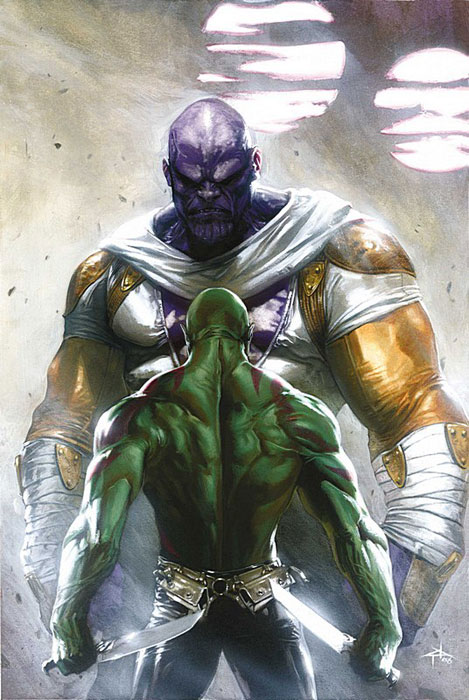 With the war lost, Ronan and the very, very angry Super-Skrull kill their way to the heart of the Kree Empire. VIVE LA KREE!

Info is courtesy of Marvel. 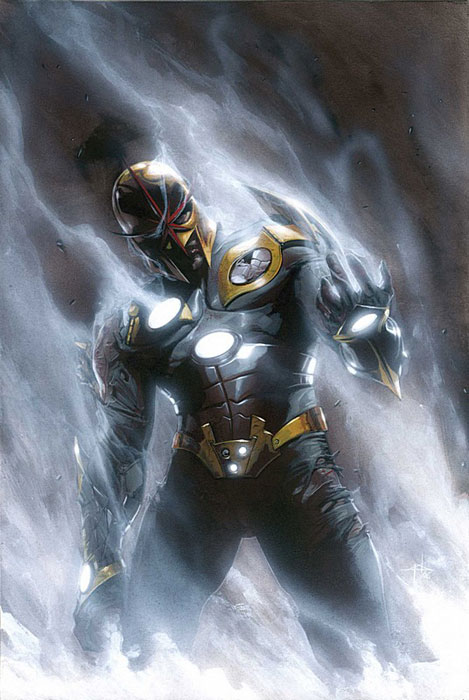 Nova and Annihilus face off in a fight to the finish with the fates of two, count â€˜em, two, universes at stake. You think thatâ€™s bad? Wait until you see what happens when Galactus decides to go to war. All this and Quasar! Need we add that after this issue, Marvelâ€™s cosmic landscape will never be the same?