Moderator mod
March 2009 edited September 2009 in PAX Archive
PAX Hotels are LIVE!
Book yours now at the PAX Travel Desk. Here are the details of the hotels, discuss and all that. The old Hotel discussion thread was lacking, so here's one with more zazz. 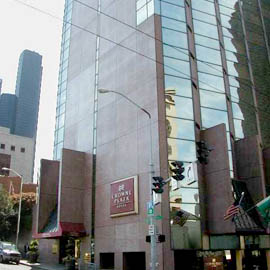 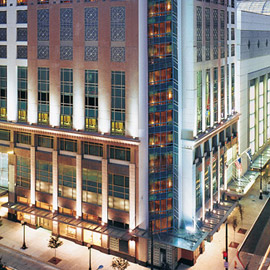 1.00 Blocks to Event Location
Discover downtown Seattle accommodations with inspiring views of the city, featuring Puget Sound, Lake Union and the surrounding mountains. Rise to meet the day with a complimentary morning newspaper and in-room coffeemaker. Stay in touch with wireless Internet access and business support. A sleek modern design adorns these spacious downtown Seattle Washington accommodations. Delight in a four-fixture bathroom with soaking tub and a separate glass-enclosed shower, deluxe amenities and plush robes for your comfort. Enjoy the use of three or more dual line cordless speakerphones with voicemail, an in-room safe for your laptop, iHome stereo with iPod dock, electronic blackout drapes and a doorbell. Relax upon two double Hyatt Grand Beds™, fitted with luxurious linens, thick down blankets, plush pillows – piled atop an irresistible pillow top mattress. 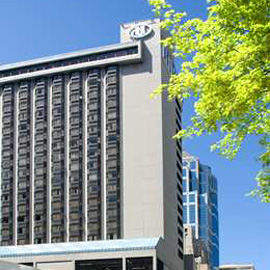 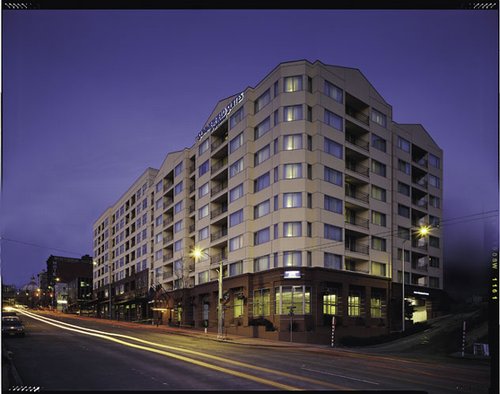 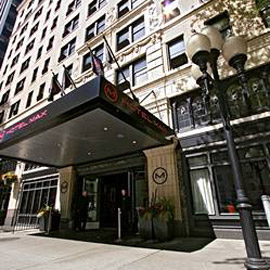 5.00 Blocks to Event Location
The historical Vance Hotel which opened in the beginning of the 20th century was well-known as a landmark with its neon-lit sign “Vance Hotel” clearly seen in the city’s landscape. In 2005, the Vance Hotel was transformed into the Hotel Max introducing Seattle to an experience of art and luxury combined. The Hotel Max showcases 39 local Seattle artists and photographers, along with nationally known artists. In addition to the beautiful artwork, our downtown Seattle hotel is near a variety of Seattle attractions. Don’t forget to visit the Seattle shopping centers and boutiques located within walking distance. Seattle restaurants are also generating quite a buzz. Check out our very own restaurant, Red Fin, or venture out on your own to the other delectable eateries. 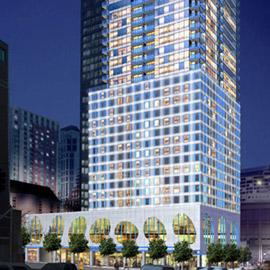 3.00 Blocks to Event Location
The Hyatt at Olive 8—an integral part of Seattle’s landmark architecture, offering an ideal location in the heart of the city’s shopping, dining and entertainment neighborhood. Expected to be the city's first LEED certified hotel, Hyatt at Olive 8 offers a new echelon in sustainability for the Northwest 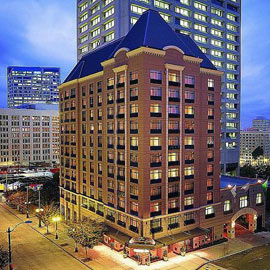 1.00 Blocks to Event Location
First class 11 story hotel with 2 Grand Suites in the heart of the city, european, chateau-styled hotel with spacious guest rooms which have 2 phones with voicemail & data port, web TV, coffeemaker, hairdryer, iron & board, movies and game systems available in all rooms. Breakfast buffet available from 7am - 11am. Children under 18 stay free with existing bedding when accompanied by an adult. 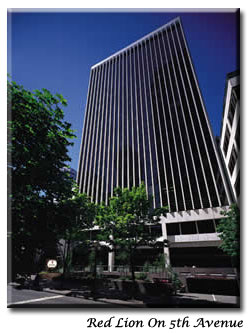 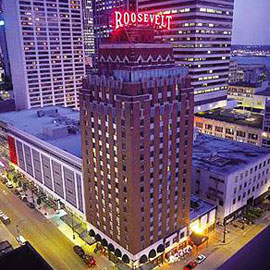 ASimPerson wrote: »
I wrote the following for my friends. It includes which hotels have breakfast and walking distances based in reality:
All hotel prices are "double occupancy": two beds and four nights but for three people. Prices do not include 15.6% tax. Where possible, I've tried to include opinions from the PAX forums.