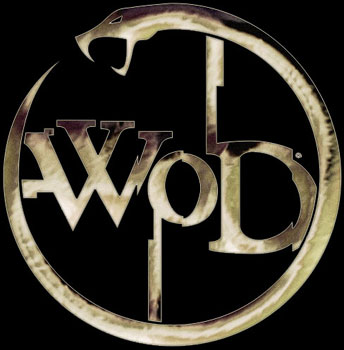 Alright! A new MMO. We've known about this one for some time, however I could not find a thread about it so I made a new one. Also there is new material to be shared!

Background:
So what is World of Darkness, and why should we care? Well, basically it is a modern supernatural setting filled with ghouls, vampires, werewolves, ghosts, mummies, mages and other things. If you've played the game "Vampire: The Masquerade", you've taken a stroll in this setting already. It is quite a grim and dark setting, though not without its own dark humour and I personally loved the older singleplayer games even though they were horribly buggy and unfinished. Unlike other contemporary and supernaturally focused titles in development like Funcoms "The Secret World", you will take the role of a monster rather than the role of the humans who fight them.

The setting for this game shares the same history, culture and geography as modern day Earth. On the surface, the inhabitants of this fictional world live as we do; yet here, the shadows are deeper, the nights are darker, and the fog is thicker. But most importantly, monsters exist. Beneath the thin film of civilization, Vampires thrive on the blood of humans, Werewolves prowl for carnage in the darkest forests, and Mages scheme to bend reality to their will.

In the World of Darkness, you are the monster, struggling to remember the memory of your humanity while you struggle against the evil that lurks within us all. CCP and White Wolf are now hard at work in pre-production on the World of Darkness the persistent world. Given the World of Darkness legacy, its large fan base, and proven appeal to both genders, we estimate the subscriber potential of this product to be two to three times that of EVE Online, without competing head on with CCP’s existing products thus enabling wider total appeal.

Developers:
White Wolf and CCP are the developers behind this game. I mention White Wolf even though they no longer exist because CCP bought them up when White Wolf went bankrupt, so they could pursue their goal of creating an MMO in this neat setting.

CCP made EVE online, perhaps the most successful western MMO next to WoW, and certainly one of the most unique.

White Wolf made pen and paper RPG's as well as a few PC games, their last one being "Vampire Masquerade: Bloodlines"


When?
The game is slated for release in 2010, so it will not be long until we get to see more of the game barring any unfortunate delays. The general belief is that the game is either close to finished and CCP will be keeping the lid on until they have something impressive to show like they did with DUST514 (check on youtube), or they will delay the game until further notice. Either way, news of it should be coming soon.

Now, here's some media to get that appetite going:

This video shows the new clothing and animation technology they are going to use for both the avatar focused portion of EVE online and the World of Darkness game. It looks quite good.
http://www.youtube.com/watch?v=mrtwESnTOwY&feature=player_embedded