Everything dies. You. Me. Everyone on this planet. Our sun. Our galaxy. And, eventually, the universe itself. This is simply how things are. It's inevitable... and I accept it.
-Reed Richards, Mister Fantastic

The Multiverse Saga is a major over-arching storyline that's been running through Avengers and New Avengers for the past couple of years, and events are starting to come to a head. There's no official name for the whole storyline yet, but thus far there have been several major acts.

This thread gives an overview of the events of the Multiverse Saga thus far, the significant factions involved, and can serve as discussion specifically for the events and elements of the story, from Avengers and New Avengers as well as any other books that are affected (there's been some minor spill-over into Spider-Man's Spiderverse storyline, for example).

**Be warned that this thread contains major spoilers for the saga, up to and including current issues of Avengers and New Avengers as of this thread being posted.**

Major Players - An overview of the factions involved in the saga, both extant and fallen

Discussion - Go here to bypass the above contents and begin discussion.

The Multiverse is dying. And it's exactly as bad as it sounds.

On an alternate Earth, an entity was born - Rabum Alal, the Great Destroyer. This led to the destruction of that Earth and its universe. As a result of this, the entire Multiverse has begun to collapse, with alternate universes colliding with one-another centered on their respective Earths. These collisions are known as Incursions.

When an Incursion happens, both Earths become visible to one-another. After eight hours, the Earths collide, destroying each other - this is followed by the collision and collapse of their respective universes. The only way to preserve the two universes is for one of the Earths to be destroyed, halting the Incursion. Even if an Earth is spared, however, it will still be affected by more Incursions in the future.

Earth-616 has weathered multiple Incursions, and is surviving so far thanks to its greatest heroes... and greatest villains. But the Incursions are coming faster and faster, and the enemies from alternate universes are growing more dangerous. Earth is a target for factions that seek to destroy it to save everything. And somewhere at the source of it all, Rabum Alal is waiting. 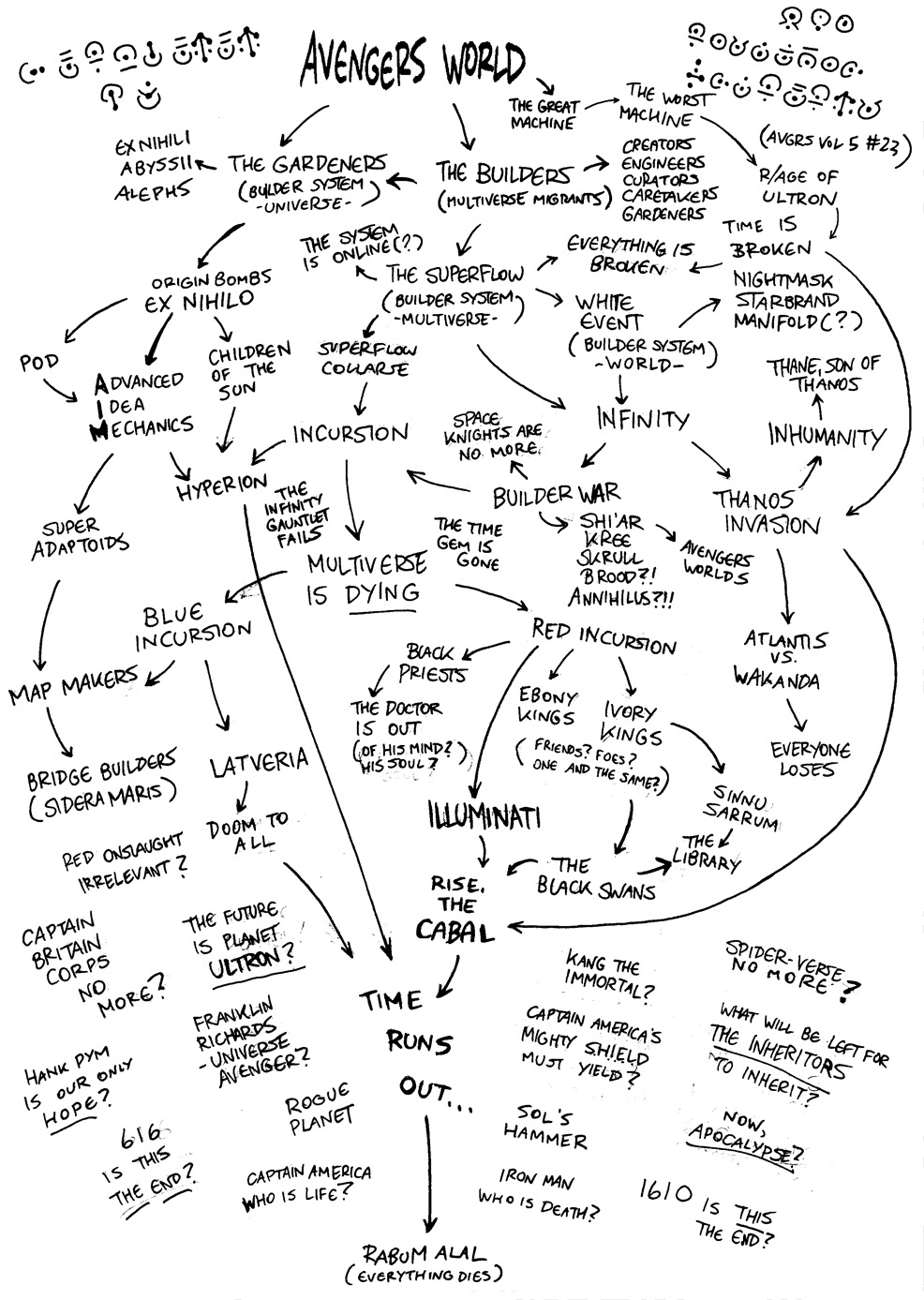 ((Extreme wordiness to follow - the Contents links will help you skip past it. I'll be zazzing it up with better links, prettier images, and edits as needed.))
Golden Yak on May 2015