[PbP] Dungeon World - Fortress of the Ur-Mage: All is Lost (Ur-Mage Victory) 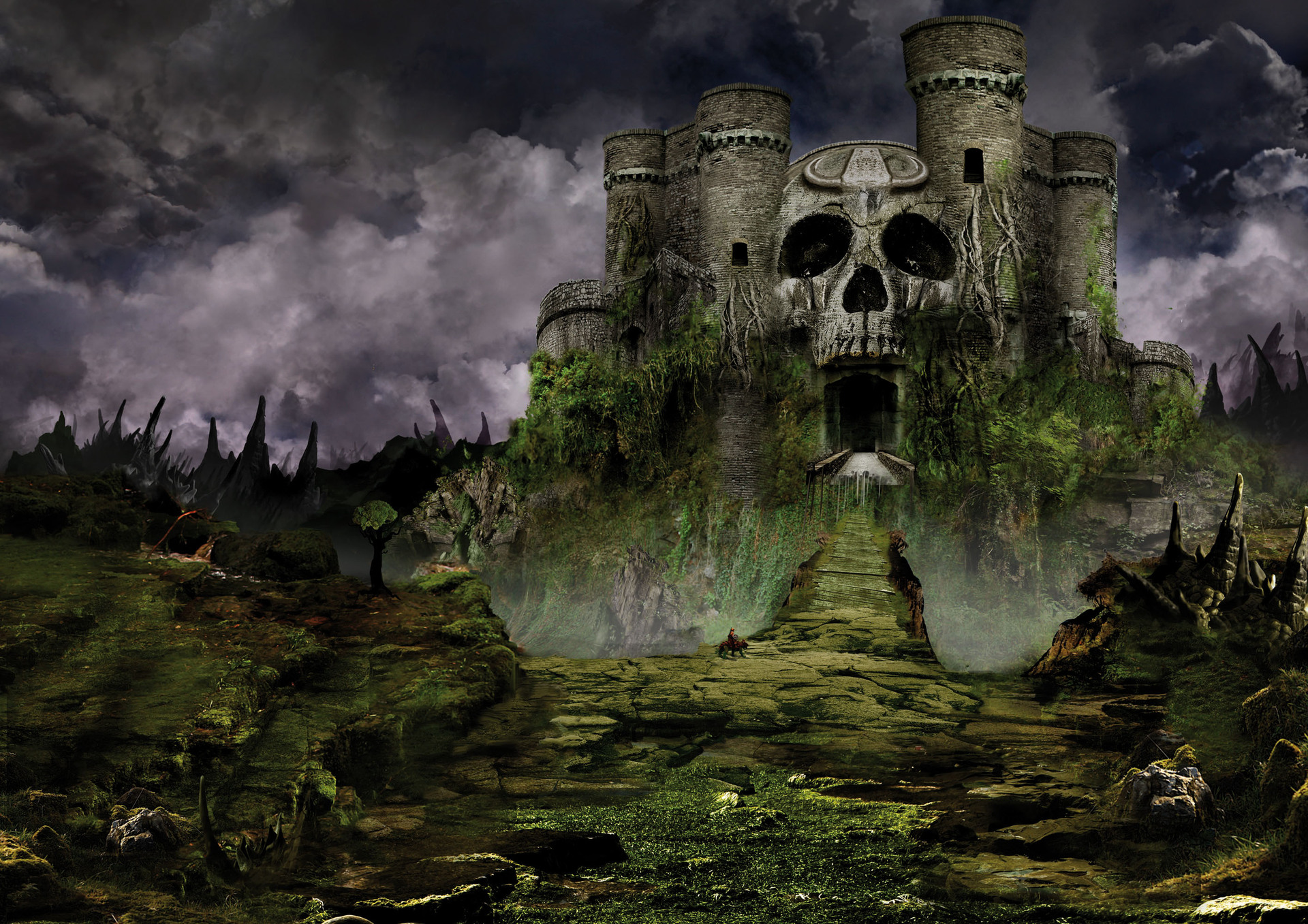 It is said that the gods tasked Death with keeping the secrets of magic locked behind their Black Gates. So the fallen, mortal races remained blind to the ways of magic, until one man challenged and defeated Death in a battle of wits.

In victory, he claimed Death’s wand and became the first mortal to perceive the mysteries of the mystical arts, only to be driven mad by the revelations. Half-remembered legends tell of his sundering of the world and the construction of a dread Fortress.

The Ur-Mage opens the doors his Fortress but once each decade, allowing heroes and demi-gods of the realm to enter and challenge him, as he did Death so long ago. Legend has it that a great prize awaits in the Fortress, the Wand of Death itself, and a mortal bearing the wand could command the dead, shatter the planes, and slay gods.

Soon, the gates will open….

What’s all this then?

The Fortress of the Ur-Mage is a Dungeon World Tournament Gauntlet Dungeon designed for 4 parties (Yes, you read that right, parties, not heroes) of 3rd level. Parties will be racing to complete objectives and reach the center of the fortress to claim the Wand of Death from the Ur-Mage. This journey will not be easy and will likely have many demises before it’s outcome. If this does not deter you, dear Crusader, then read on.

How do I Dungeon World?

Dungeon World is the big bad PbtA take on the D&D milieu. There is an SRD here to draw character creation resources from.

What’s a PbtA?
Powered by the Apocalypse is a narrative chaos generator one can use for a variety of roleplaying games in conjunction with various other game gimmicks. It’s core mechanic relies on rolling 2d6+ a relevant stat. Results vary, but generally on a 10+, you succeed at your action, sometimes with extra benefit. On a 7-9, you succeed, but pay some form of cost either narratively or mechanically. On a 6-, you don’t succeed, and the GM (Hi!) gets to make your life harder. For further reading, I suggest seminal works Apocalypse World, Dungeon World and Monsterhearts, though there are literally hundreds of PbtA games that are out in the wild at this point.

4 Parties? Are you insane?
Quite probably, huffing residuum dust and basilisk bile tends to leave one feeling rather cotton-headed. This dungeon is specifically designed for head to head play, with teams of Crusaders racing to the finish and working with and against each other. It’ll be like Wacky Races, but with Barbarians and Halflings.

Parties are to be formed prior to the start of the delve. Parties will consist of 5 level three (3) members. (Composition is your choice) for a total of 20 initial dungeoneers. Reserves will be encouraged in case a player will need to or wishes to drop out. In the likely event your Crusader meets an untimely end in the fortress, you are encouraged to create back ups. Each new Crusader introduced to the initial dungeon after the 1st 20 will incur a 25 point penalty for their party. (See Scoring below). A TPK (Total Party Kill AKA the entire party dies in 1 encounter) cannot be recovered from. A new party may be formed at that time to try and catch up.

Scoring? What’s that about?
As this is a tournament, you will be scored based on various objectives, including portion of the fortress explored, treasure gathered, key relics in hand, and quests completed. The Wand of Death will be awarded to the Party that slays the Ur-Mage. If multiple parties slay the Ur-Mage, the surviving Party with the highest score will win the Wand. (See Shaping the World Below)

Shaping the World? This some kind of hippy nonsense?
Kind of, but it’s cool. Dungeon World and other PbtA games encourage consensual narrative and world building, rather than sole custody of the lore resting on the GM’s shoulders. Players (and sometimes the audience) will be encouraged to share details about the world and establish events and characters during play. Don’t be shy, feel free to go all out.

When signing up to play, proclaim one thing to be true about the Sundered World (Subject to GM massaging) in addition what traits your character shows.

You, yes, you dear Crusaders (And shades in the audience), have power! You are to be charged with helping create several parts of the Fortress! Consider yourselves to be honored and privileged. Following the below prompts, when you sign up (Or so long you aren’t in the game and the room hasn’t been encountered yet), PM me with at least 3 of your suggestions for the rooms. The best ones will be chosen for use against your Rival Crusaders in the Fortress. Those so selected will start 1 level higher (Level 4). Audience member suggestions that are selected will be granted a boon to bestow at a later time on a Crusader of their choosing.


Are there post requirements?
Excellent question. In this case, I expect parties to keep the game moving. You will have a somewhat long clock, but there will be a clock. If, at the Stroke of Midnight on November 1st, 2018 none have completed the dungeon, a spectral cavalry will ride through the fortress and slay all within. To that end, you are encouraged to post at least once a day. If 2 days pass without any interaction from an entire party, a Grim Portent will come to pass for everyone in the dungeon.

Dungeon World does not have initiative par se, so combat is loose, but I would encourage a party member post no more than 12 hours after the previous member (time zones permitting) to keep things moving.


Otherwise, feel free to sign up with blood down at the Wet Whistle, the tavern in the Last Village before the End of the World….

"Go down, kick ass, and set yourselves up as gods, that's our Prime Directive!"
Hail Hydra
Matev on November 2018