Registered User regular
August 2021 in Critical Failures
What is this?
A dumb skirmish game with some roleplaying thrown in. You are squaddies, mutant freaks burning a trail across a shattered, dying world. You might be heroes, but more likely you’re a wildfire with a life expectancy of sweet F A. With death on your heels, the question you have to answer is: What glory will you be remembered by?

How do we play?
I set a scene, you make a choice. Ask as many questions as you like, and I’ll answer honestly within the limitations of your character’s scope. Always ask: What can I see? How does that work? Have I used something like this before? What is that? Where is my leg?
For our purposes, feel free to throw a question at the end of every post when you’re not in combat.

Besides the conversational nature of the game, we’ll often be rolling two regular dice and adding a +1 or whatever. In this game you’ve got to get a result equal to or above the difficulty rating (DR) I set to succeed. However, there are no single “skill checks”. Instead challenges are done by the whole squad, so you’ll often be faced with partial successes or succeed with trouble coming. If you try to do something alone there will always be things you don’t have enough hands to do in time.

Kiu-Re stomps into the bazaar, looking for gruel. He wants to haggle with the merchant, but alone he’ll never be intimidating enough to get the lowest price. Besides that, with no one watching his back his pockets will no doubt be lighter by the time he’s got what he’s looking for. If he had someone else with him they’d know he was part of a squad… but right now there’s no flag, and no flag means the slavers might just start eying him up…


Combat is turn based, and though it’s not a copy, if you’ve played XCOM or similar tactical games you know how it goes. The main draw of WRECKAGE, I think, is the freedom of your action: You can take two actions on your turn, and every thing you can think of counts as 1 action. Meaning you can shoot two enemies in one turn, or move and attack, attack and move, or eat a slab of meat and open a door. You never have to worry if something is “bonus action” or “uses up both actions”—no, there are two actions per turn. That’s it.

Is that it?
Um… no. We’re gonna have to go piece by piece until we’re ready to play. But it’s not that much! In addition, once we get going I’ll end all my posts with sections from the rules, so you’ll have it right in front of you all the time.

What the pitch?
You are a squad. Well, you are perhaps what remains of a squad. You’ve been run into Kur Abandon, the ass end of the world. With no turning back you’ll have to cut your own path across a wasteland where even the laws of physics are breaking down. A settlement is a fortress. The weather wants you dead. Beasts and metal-heads are looking for enough food and gear to survive another day. Seems bleak…

But you are chaos, you are change, and every step you take creates ripples across the stagnation of Kur Abandon. No where will be the same by the time the bullets settle and your shadows crawl across the horizon after you. 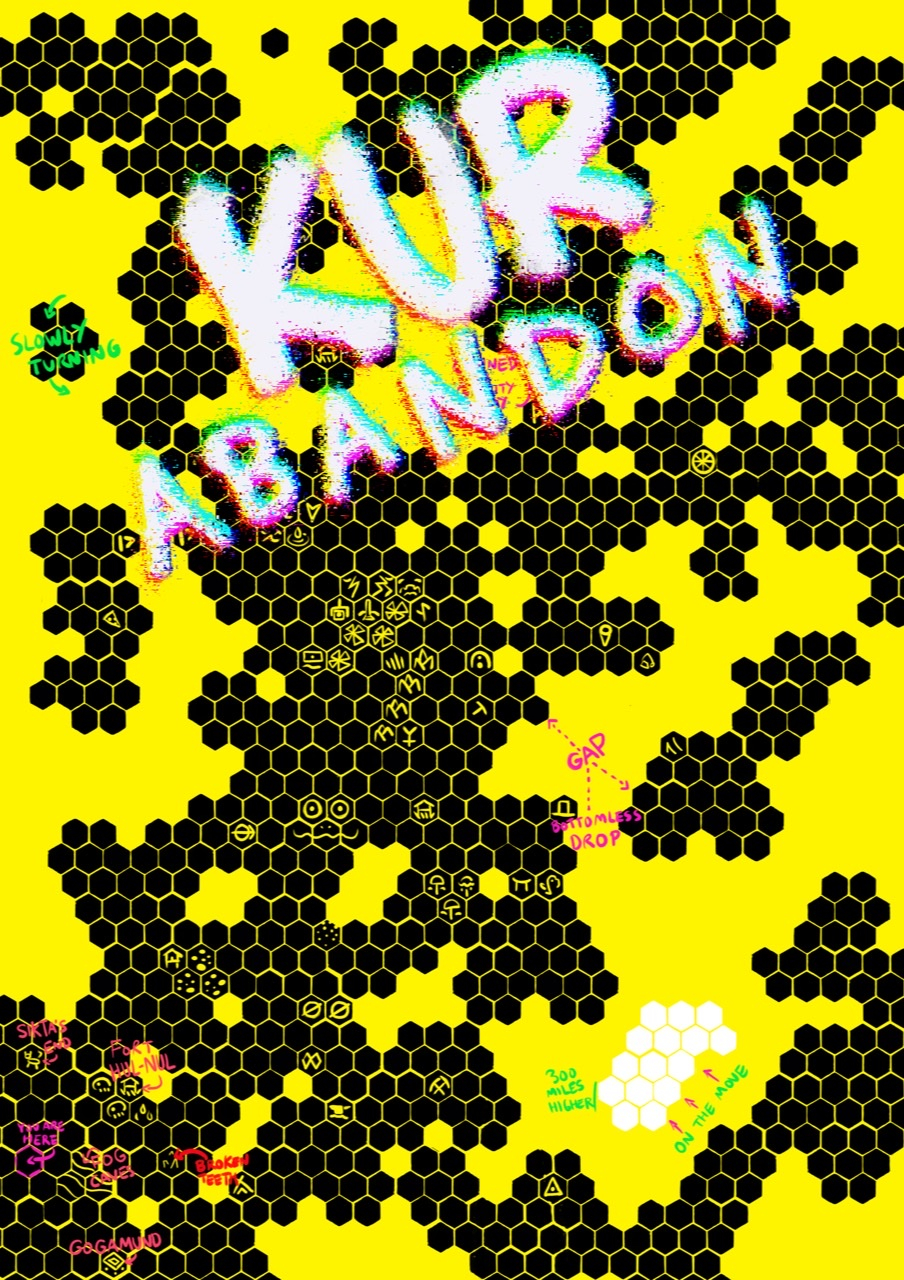