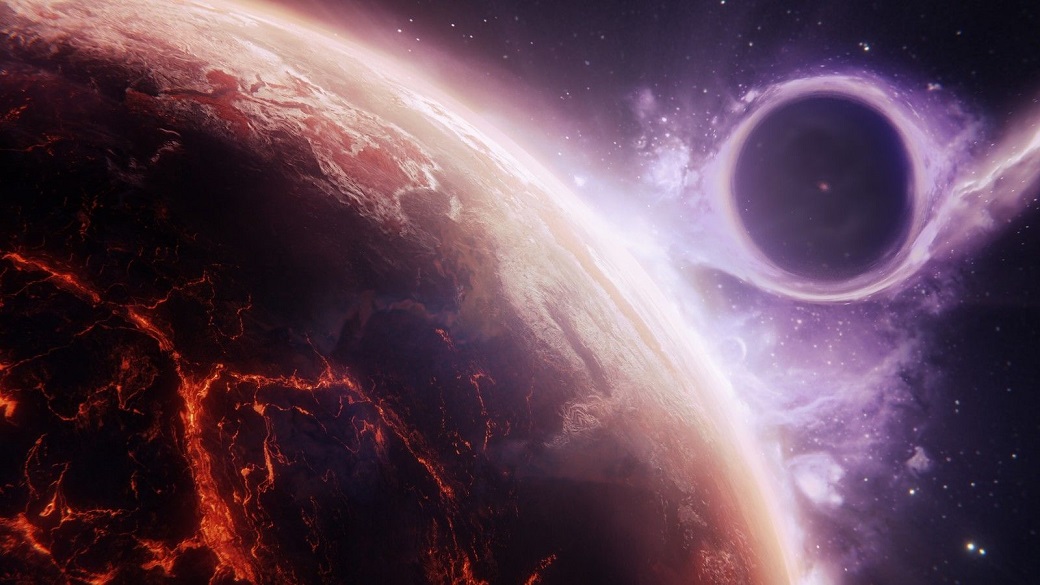 Citizens of a dying world, the peoples of Theleos were offered a bargain by the god Ioun; their participation in a trial by the god of knowledge in exchange for their lives and the survival of their cultures.

With their world crumbling apart they accepted the offer and as the last continent sank into the boiling seas, they were transported by Ioun through space to a city on another world, nestled in a valley among mountain peaks.

They named their new world Aladrion, safety, in their mother tongue, and the city Dawnbreak at their chance to see a new day. 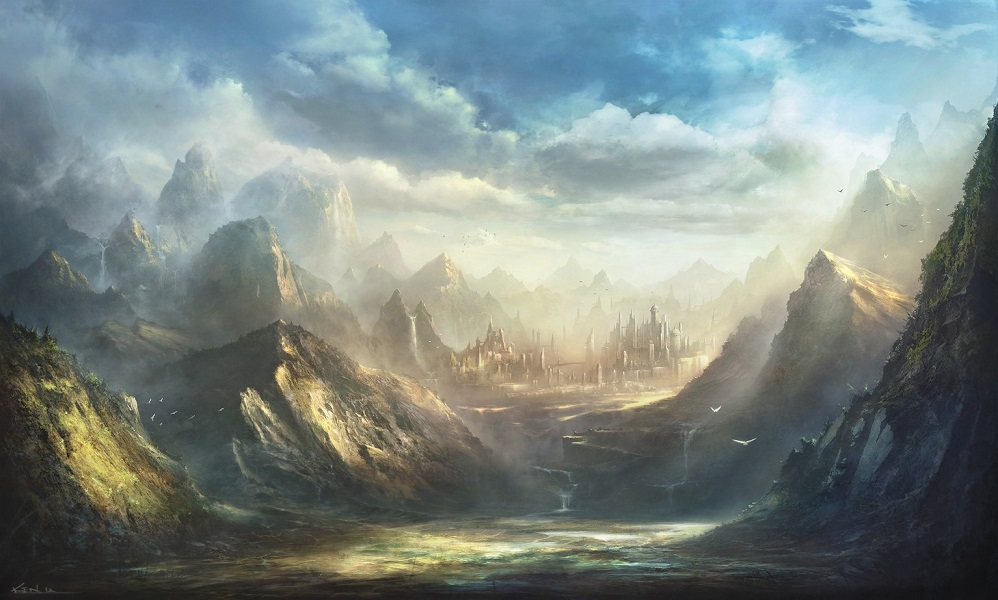 Five angels were sent as mediators, guardians and teachers of this newly named city. They described the Thelians’ task as thus;

To train both mind and body for the rigours ahead
When ready, to seek out the world beyond the valley
To retrieve it's knowledge and relics lost to time and ruin

As aid to the Thelians in their task, Ioun granted all a common tongue in which to communicate, asked Pelor to bless the lands and rivers of their sanctuary with bounty and bade each of the gods to fashion mighty instruments to aid them.

The wilds of Aladrion are a perilous place.

Welcome to my first attempt at a Westmarches style game! We will be using 4th Edition ruleset for Dungeons and Dragons, partly because there is a lot of fondness for it on these boards and mostly because that’s the one I’m familiar with and have the books.

The good news is that 4th Edition is great for interesting set piece combat and the exploratory nature of a Westmarches format game should give me lots of opportunities to provide it to you.

So, a FAQ might be the best way to start, likely with the big one first;

I haven't played 4E before, how hard is it to pick up?
The good news is, super easy to pick up! I’ve uploaded the Quick Start Rules here, or we could have the first group out be a collection of people with experience you can watch, or for $10 you can pick up the Player’s Handbook. here.

I recently made a google document for my friend group you can check out that lists race and class details. It's not complete, but feel free to ask if you have any questions on others.

For this campaign, your character will start at level 3. Any race is fair game, (with the sole exception of Bugbears for mechanical reasons) as they are all survivors of the destruction of Theleos and the event has united much of what was fractured. You may take an Expertise feat for free, and will receive the Improved Defenses feat for free at level 7. If you take it earlier, you can swap it out at 7 for something else.

You will start with a (+1) magical weapon, implement or focus. Something about the world of Aladrion creates decay in Thelian magical items once they cross the boundaries of the valley. It is hoped that adventurers will manage to acquire further magical items that are attuned to the magical pathways of this world, or even knowledge that will allow them to be fashioned.

I've deliberately left the world of Theleos and it's demise blank, so you can do with it what you will in terms of backstory. If you want to reflavour a race or background it a little, that is fine.

All content from source books and Dragon/Dungeon magazines is legal. If it's in the builder, you can use it to make your character.

Keep in mind that because this is a new world, some skills will not be as useful initially as others. The application of a character's knowledge of history, geography, plant and wildlife may be applied differently than it was on Theleos.

I’m looking for 8-10 players, at least to begin with. This doesn’t necessarily mean two teams, you may wish to mix and match depending on what you think the expedition will require.

What is Westmarches?
The Westmarches format specialises in player empowerment and exploration, popularised by Ben Robbins. When I first started reading about it it struck me that it shares a lot of aspects with the Souls series and that was what got me excited about running it. You know the first two weeks when a Souls game would hit and the thread was abuzz with excite and tales of exploring, secret passages and the like? That's kind of what I'm aiming for here.

The world is dangerous. You will encounter locations, beings and creatures beyond your ability to initially face. There is little to explore in your home city of Dawnbreak, guarded by heroes and angels. The world beyond the valley is where your chance of glory lies. There is story out there to be found, but it will have to be found. It's not going to come to you. The stories come from threats braved, dangers survived and the comradery of adventure.

Information is key. Sharing knowledge of what you encounter saves lives and gives an opportunity to band together and leverage skills and strengths to clear obstacles. After an expedition, one or two players write an afteraction/summary report of what transpired. That might be telling the tale to rapturous listeners at the tavern, or a higher up in their church.

In addition, players maintain a map detailing their exploration of the lands of Aladrion. Take note of the surroundings, so that yourself or future adventurers can find your way back to explore a cave, find the switch for a false wall you discovered or slay a powerful creature.

You are in control: Players set the agenda. Before an expedition sets out, players discuss what their intentions are. Do you want to find what left enormous tracks and crushed vegetation last time you were out? Break open a sealed crypt? Break out a path through unknown territory to the north? Attempt to resolve a task set by one of the gods for the chance at being granted a boon?

Once you have decided on a course of action, ask other adventurers who would be interested in forming a party for it.

It is designed to deal with larger groups of players and allows for flexibility in that players can drop in and out easily from one session to the next. I’m hoping an expedition will last for around two weeks, so people get to jump in and out of the action relatively quickly.

The inhabitants of Aladrion/Dawnbreak
Kelor on December 2020