Choose Your Own [chat] 3 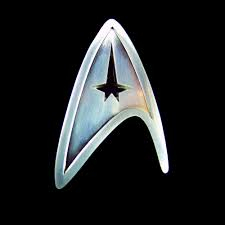 When you regain consciousness you're still strapped into the pilot's seat. Sparks from the shattered control panel in front of you fizz in the air amidst the dull smoke that tells you this shuttlecraft ain't going nowhere anytime soon. A dull headache makes itself known, and your fingers come away with faint traces of blood when you touch your temple. No fracture, you think, but something must have come loose from the controls when you crashed and banged into your skull pretty hard.

You unstrap yourself and make sure all your limbs are intact. You uniform is torn in places from the impact of the crash, but curiously only in ways that look cool and sexy. No time to think about that now, though. The onboard computer is still working, just, and the readouts on the cracked display screen provide you with a litany of bad news.

Your port stabilisers are completely shot, and will require new parts you don't have and can't get without a replicator or a Starfleet supply base. Your shuttle's energy reserves are at 7%, not enough to launch and certainly not enough to get you to the rendezvous with the USS Wellington at Vega IV in two days. The transporter isn't working, the on board replicator is smashed beyond repair, your phaser is at half power and on top of that you managed to skip breakfast as well. Oh, and someone you didn't see fired a missile at you from this planet and apparently wants to kill you.

Your mission to chart this system is a definite write-off, and now your goal is simple: survival.

On the plus side, the atmosphere on this uncharted planet is apparently breathable. There is also, you notice now, a giant, mysterious, uncharted, alien city not thirty yards from the crash site. Could be worth a look.

But who are you, traveller? Who has been trusted with this mission for Starfleet? Whose wits will be tested as never before on this alien planet? Who dares to fly by the seat of their pants on the borders of the Delta Quadrant? And when is it, exactly?

It is 2373. You are Lieutenant-Commander Talia Trueheart, on the fast track to promotion with a spotless record, a silky mane of raven-black hair, flashing eyes, the Starfleet Academy pentathlon record and courage enough to take on a Borg cube solo. You are the epitome of Federation ideals, and you once turned down sex with Will Riker because he wasn't man enough for you. You heard he has a duplicate somewhere, so maybe both of them together would be up to the job. You will prevail. Turn to page 10.