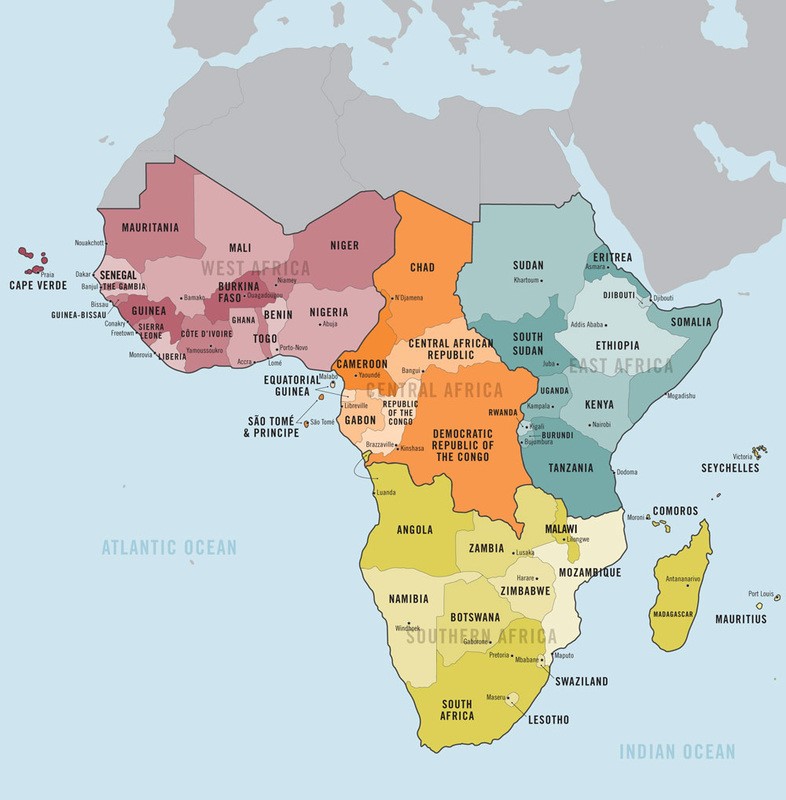 All the rest of Africa not covered under the "Middle East and North Africa" Thread - mostly everything south of the Sahara Desert, though Sudan/South Sudan are sometimes counted as part of north Africa as well. There are some arguments to be made that South Sudan would count as sub-Saharan Africa and Sudan north Africa, but meanwhile, it was crazy hard for me to find any decent online map at all that even listed South Sudan as an independent country.

Heck, even that map I posted, the least bad I could find, still is out of date since Swaziland renamed itself eSwatini three years ago. This speaks to the heart of a problem, which is that sub-Saharan Africa gets very little press. Yes, there's a lot happening in the world, and a lot of that is happening in Africa, an entire dang continent. Forty-six countries make up sub-Saharan Africa; 1.1 billion people live there currently, speaking over 1500 languages. The history of the continent goes into the deepest prehistory, as it is the cradle of humanity itself, through millions of years into the current post-colonial landscape nowhere near recovered from the ravages of imperialism and the Scramble for Africa.

This is to say, there's an incredible lot that can be said, far beyond my capabilities and the capacity of this OP. But we have to start somewhere, so here I'm starting.

[Will be adding more, especially about the Tigray War, over the next day or so.]
Mayabird on July 2021